Last Friday, San Diego Comic-Con was in full swing! Lines, cosplay, comics, actors, and panels were everywhere! We had the pleasure of getting into DC Comics’ new imprint Young Animal panel. The Young Animal panel featured co-publisher Jim Lee hosting. He gave us an overview of Young Animal before introducing the creators.

Jim hyped up the crowd by letting us know this new line out of DC Comics is going to get weird. It’s going to go back to characters and series that haven’t been touched in a while to revamp them. The revamp focuses on this generation of readers branching out from top superhero titles and into comics with a more indie feel. The great news is the weird and dangerous are returning to the modern DC universe. Aliens take over teenage bodies. The super team nobody wants to be a part of is back. A bright new hero enters a dark city. A forgotten explorer discovers new worlds. 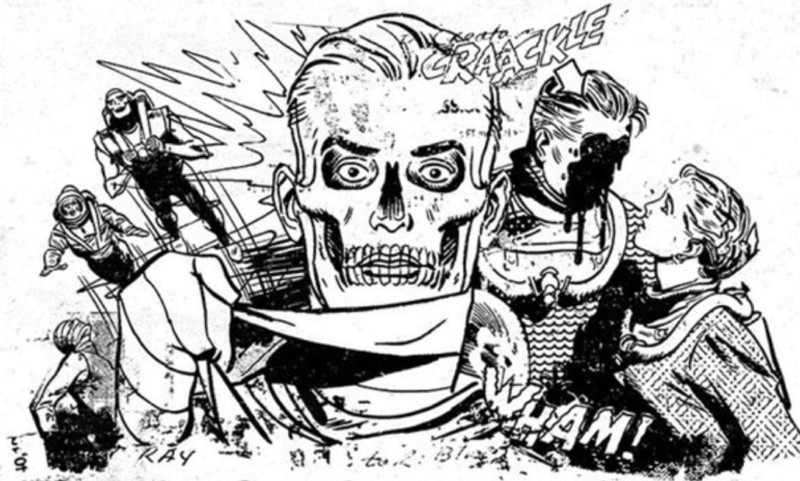 According to the Young Animal Panel, Revamps Never Looked Better

The new creative team makes for the most exciting part of all of this. Gerard Way of My Chemical Romance and writer of THE UMBRELLA ACADEMY oversees the imprint. Gerard Way also writes for DOOM PATROL and CAVE CARSON HAS A CYBERNETIC EYE. We got to see the first few pages of art by Nick Derington. Derington, who is new to the industry, does some fantastic art for DOOM PATROL. All we know of DOOM PATROL so far is gyros hold the secrets of the universe. If that doesn’t make you want to dive in more, I don’t know what will!

Cecil Castellucci and Marley Zarcone were present to talk about the new SHADE, THE CHANGING GIRL. Many know the name Shade from Peter Milligan’s Vertigo run in the 1990’s titled SHADE, THE CHANGING MAN. CAVE CARSON HAS A CYBERNETIC EYE is actually another revamp, even though few (if any) have ever heard of it! Gerard told the audience that he discovered Carson in an old WHO’S WHO IN THE DC UNIVERSE while waiting around the DC offices. Lastly, MOTHER PANIC, a new creation by Way, has Jody Houser as the writer with illustration by Tommy Lee Edwards. She’s a new character in Gotham City whose origins and intentions are unknown for now.

DC has a lot planned for these titles and there is already mention of new titles being released soon. Gerard Way has a lot on his plate overseeing all these projects, but it already looks fresh and exciting for readers and fans!