It’s that time of the year again where fans gather in Southern California for San Diego Comic-Con. THE WALKING DEAD panel is back for another year for a few bits of news and the official THE WALKING DEAD season 9 trailer. Fans of the show were teased with over five minutes of footage and we’re here to break that footage down before the show’s return on October 7.

Surprisingly, the trailer does not begin with a recap of the previous season of THE WALKING DEAD. Instead, it jumps right into the fold with the footage from THE WALKING DEAD season 9 trailer. However, a reminder of a few storylines is helpful before discussing this trailer.

Rick and the group defeated Negan, Maggie, Daryl, and Jesus had a secret meeting about Rick’s leadership, and the saviors were given the chance to become apart of the community.

The trailer starts off with a time jump, which fans of the comic book will recognize. An aged Rick Grimes sporting a white/grey beard as he is addressing an unseen person. Rick discusses how far the communities have come since the war with Negan and the saviors. Meanwhile, clips are shown of the communities flourishing. People are working together rebuilding houses, growing crops, and protecting everyone from walkers. It’s great to see the characters in the show finally create a civilized society and not just survive.

Princess and Mercer Unite in THE WALKING DEAD #181

Then, the trailer cuts to reveal the person Rick is talking to is Negan in a jail cell. He is a prisoner and assumingly has been a prisoner since Rick slashed his throat. Negan then questions Rick’s status as the leader of the community, foreshadowing what’s to come.

The most important take away from THE WALKING DEAD season 9 trailer is the relationships within the communities and the main characters. The biggest news to come out from THE WALKING DEAD panel is that Andrew Lincoln, who plays the main character Rick Grimes, will leave the series during season 9. So it will be interesting to see how the writers handle his departure. We do get a hint in the next few clips. 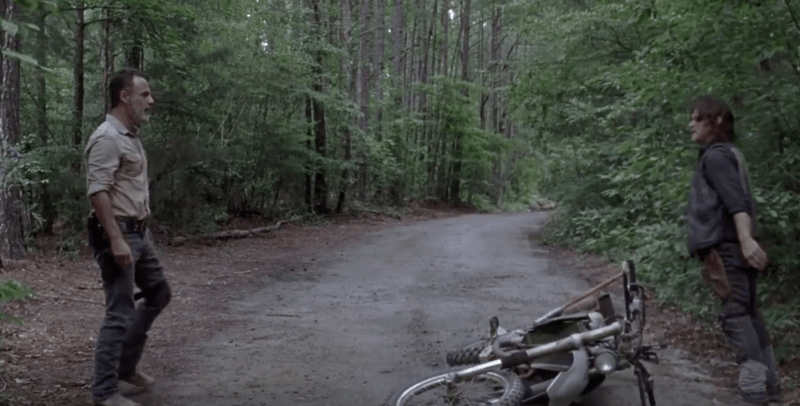 Next, we see a rift between Rick and Maggie. She wants and is ready for a bigger leadership role as well as questions Rick’s ability to lead. This could indicate that Maggie will usurp Rick as the leader, or if Rick meets his end, just affirms her ability to take over.

Following are clips between Rick and Daryl with lots of tension. Rick eventually questions whether he and Daryl are still on the same side. There are hints of this divide in season 8 when they fought, both verbally and physically. It seems as though the rift has grown since then.

With Lincoln leaving the series, there should be a compelling storyline between the two of them, especially since Daryl is confirmed to replace Rick Grimes as the show’s main character. Hopefully, there will be some kind of a “passing of the torch.” 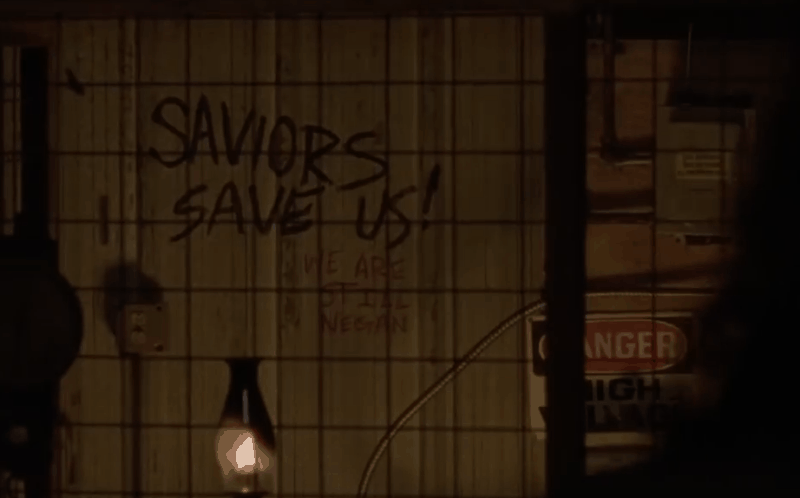 Saviors Save Us, Courtesy of AMC

The trailer then gets into what looks like the larger conflict in season 9. Trust issues arise between the Sanctuary and the other communities. As seen in season 8, the plan is for the other communities to help the Sanctuary get back on their feet and join the network of towns. However, they were at each other’s throats for two years under Negan’s reign. Working together may prove to be a little too optimistic.

The music stops for a spell and we are introduced to a few new faces. Gabriel, showing the signs of the aftermath from his illness, conducts interviews for new people who stumble upon the town and want to join. First is a music teacher, a truck stop waitress, then a mute journalist with her translator.

Newcomers are always intriguing to the series. One never knows if they are a good or bad group. On the surface, this new group looks like survivors, but a quick cut shows one of them creeping outside of a window brandishing a knife. 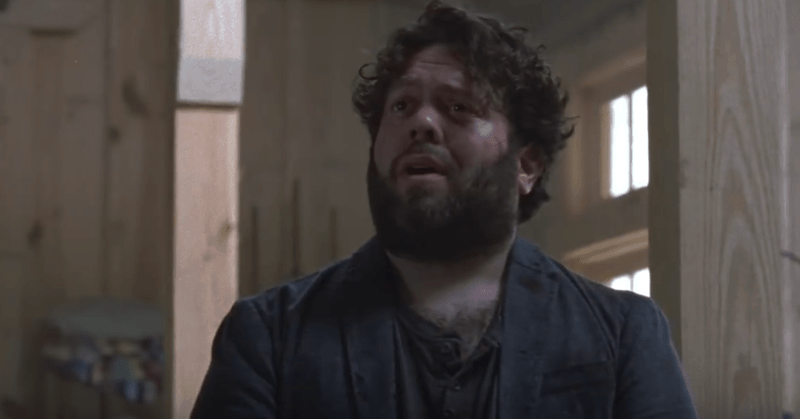 After the October 7 air date is shown, the trailer gives us a Marvel movie-like teaser. Two people rush into a ditch and cover themselves in mud to hide from the hoard of walkers passing by. There is very little context to this clip, but readers of the comic book series will identify this immediately as it is directly from the comic panels.

This sets up the antagonists for season 9.  No spoilers here, except I believe they’re the Whispers. I do encourage you to watch this part again and listen for a low and creepy muttered, “Where…are… they?” as the hoard passes by.

THE WALKING DEAD season 9 trailer offers more than I expected. It outlines much of what’s in store for season 9 with less vagueness. THE WALKING DEAD season 9 looks to be a new adventure with a lot more characters in the mix. It’s very refreshing to move away from the war with Negan and the saviors that we have been watching for the last two seasons. Though it will be interesting to see how new showrunner Angela Kang (replacing Scott Gimple) will navigate the new storylines as well as Lincoln’s departure and the change from Rick to Daryl as the main character.