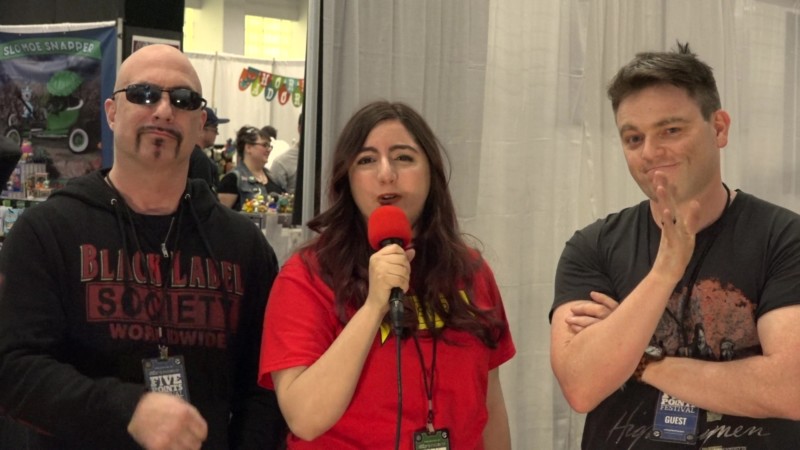 Scott Snyder and Greg Capullo are one of the most successful and famous teams working in comics today. Snyder made comics fame when his first stand alone book, AMERICAN VAMPIRE for Vertigo, won an Eisner. In 2011, with DC Comics’ New 52s, Snyder became the writer of both SWAMP THING and BATMAN. His first Batman arc, the Court of Owls, was a comic sensation due to the incredible writing and Capullo’s phenomenal artwork. From there, Capullo and Snyder exploded in fandom and praise as they continued to release remarkable, compelling Batman stories together.

Capullo established a name for himself working with the biggest names in comics. Moving from X-FORCE and QUASAR at Marvel to Image’s SPAWN and HAUNT, Capullo gained recognition for his bombastic art style. Fans love his dynamic and cinematic action sequences, as well as his rock and roll aesthetic. Capullo also is a notable Metal music fan and drew album art for Five Finger Death Punch, Disturbed, and more. Personally, his character design for the Joker in the “Death in the Family” BATMAN arc is my favorite rendition of the character; it made the Joker downright terrifying.

After putting out hit after hit, Scott Snyder and Greg Capullo were the undeniable masters of the Bat-verse. However, with DC’s Rebirth around the corner, the dynamic duo handed the reins to another incredibly talented team, Tom King (fresh off his Eisner-nominated THE VISION run) and David Finch. Capullo and Snyder didn’t get slow down though. Snyder came out with an incredibly introspective and experimental mini-series, AD: AFTER DEATH with Jeff Lemire for Image. Capullo went to work with Mark Millar on REBORN, a high energy sci-fi/fantasy romp. These projects proved to be some of their most emotionally stimulating and wildly creative, but fans were in for another treat. Snyder and Capullo announced they were reuniting once again for a DC event book, DARK NIGHTS: METAL.

Scott Snyder and Greg Capullo promised that METAL will be very Bat-centric, very cosmic, and very rock and roll. In our interview, these DC legends let us know about the highly anticipated event, their other projects, and the music playlist they use for inspiration. Be sure to keep an eye out for anything with their names on it; these seasoned pros only get better with each project!