Get ready Sex-Bob-Omb fans, because Scott Pilgrim is back with his very own card game! Renegade Game Studios and Oni Press have announced SCOTT PILGRIM’S PRECIOUS LITTLE CARD GAME, a deck-building card game by Keith Baker based on our favorite 23-year-old’s universe. Now fans of the series will be able to make their own crazy life decisions, ranging from getting a responsible job to fighting crazy evil exes for power and love. 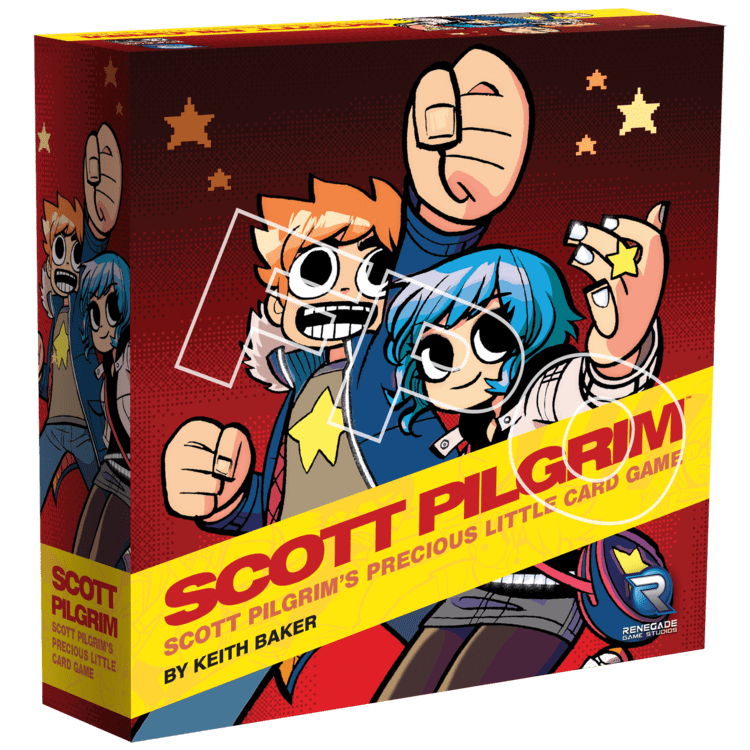 Based on the critically acclaimed graphic novel series by Bryan Lee O’Malley, SCOTT PILGRIM’S PRECIOUS LITTLE CARD GAME will have players acting as their favorite characters in the series. Coming with their own unique decks, players will either have to take their character down a path of genuine empathy and righteousness or one of ridiculous video game and pop-culture violence akin to the eclectic saga.

READ: Interested in more SCOTT PILGRIM? Find out how it got one of our writers into comics!

Here’s the official press-release from Oni and Renegade:

Being a grown-up is HARD and maybe not worth it? You might rather spend time tweaking your band’s set list until it’s guaranteed to get you that big gig opening for legit rockstars. Perhaps you’re better off dating someone a bit younger than chasing a fairytale romance with the age-appropriate girl (or boy) you met at a party. Maybe the drama constantly engulfing your pals feeds you, even if it is bringing your friends down. And don’t adults just sit at desks all day worrying about how bread makes you fat? Do adults ever even get attacked by random robot ruffians determined to pick a fight? Huh. Maybe there is something to getting it together…

SCOTT PILGRIM’S PRECIOUS LITTLE CARD GAME is a deckbuilding game that challenges you to grow up and prepare for your finest hour. Players assume the roles of their favorite characters in the SCOTT PILGRIM universe, each of whom comes with a unique starting deck. Innovative double-sided cards let you decide whether to solve your problems with hard work and empathy, or whether to embrace the unpredictable world of gratuitous video game violence.

“SCOTT PILGRIM is an incredibly popular graphic novel series because it is so relatable,” says Renegade President Scott Gaeta. “Renting your first apartment, falling in love, and getting a job are things everyone’s gone through. Keith Baker has done an incredible job recreating these life choices in a deck-building format while incorporating the video game style button-mashing combo moves that we loved in the graphic novel fight scenes.”

Beyond the video-game-style combo moves unique to each character, fans will also appreciate the innovative double-sided cards. Players will be faced to make hard choices about whether to fight or upgrade their life with each card placed into the Plot line. Defeating the Evil Ex and collecting Power-Ups will help players inch their way towards victory.

Create your perfect life with SCOTT PILGRIM’S PRECIOUS LITTLE CARD GAME in hobby stores summer 2017. This deck-building game will have an MSRP of $45, is designed for 2-6 players to enjoy in 45-60 min. per game, and will captivate gamers ages 13 and up.