Fantasy has fallen into a certain mold. Fans of LORD OF THE RINGS understand that while humor acts as an endearing character trait, the overall tone is serious. Characters might laugh their way through the dangers of the fantasy realms, but those lands will still try to kill them. This is largely true for most contemporary fantasy tales. However, Sebastian Girner and Galaad‘s newest fantasy series SCALES AND SCOUNDRELS #1 does away with those dark overtones for a lighter, more whimsical adventure.

READ: Are you a fan of YA Fantasy? ComicsVerse has you covered with our summer reading list!

Luvander is a young, white haired rogue with dragon fire in her veins and a lust for gold. When she is not breaking up Bandit raids or stealing from the local merchants, she spends her time cheating lonely drunks at cards. There is a mystery to Luvander, though, one that plays at the edges of her dreams. She is not merely a young human. Something greater lies within. And one fateful quest might be the key to unlocking it. It is time to enter the dungeon. Are you brave enough? 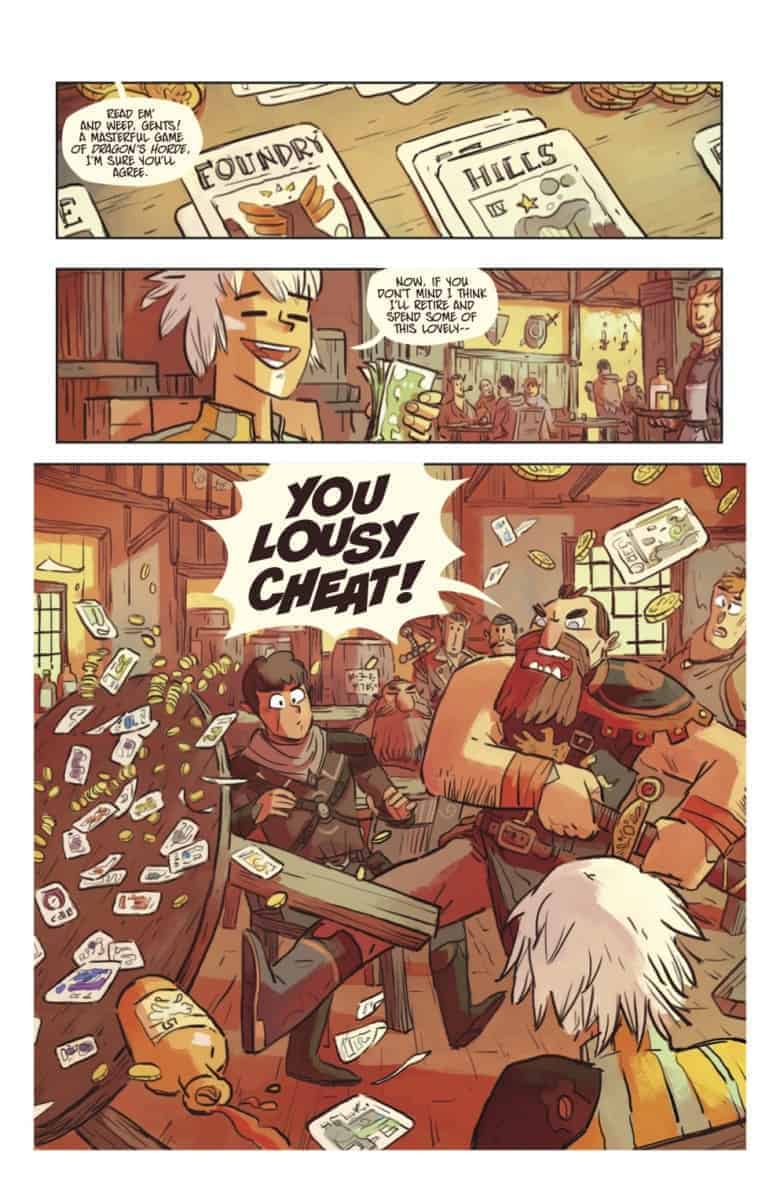 SCALES AND SCOUNDRELS #1 is a wickedly fast paced narrative. From the start, Luvander is locked into combat after being caught cheating at cards, and in the midst of this ensuing battle, dragon fire consumes the pub. This dragon fire seems to have come from Luvander herself. While the underlying mysteries of Luvander’s abilities are never wholly explored in this issue, writer Sebastian Girner and artist Galaad take us on a journey of intrigue.

From page one, we are constantly questioning Luvander’s past and innocence, but we never feel truly alienated by this lack of information. With so little concrete information, Girner runs the risk of turning readers away. However, he never steps over that line. Luvander’s personality and characterization on the page sit at the heart of this success. We want to follow along with Luvander because we care about her. She has a fun, tough as nails personality. She doesn’t care about others’ opinions. By cementing her strong character early, Girner leads the reader into the grander mysteries of Luvander’s supernatural origins.

Galaad’s art style lends itself to the overall tone of the story. It is light and whimsical, and his background in animation storyboards comes through clearly. The art reminds me of cartoons like ADVENTURE TIME, and it lends to the humor of the issue. However, it doesn’t mirror the artistic simplicity of those shows. A lot of depth and complexity lies in the art. In a stellar two page spread, Galaad illustrates a beautiful, trippy dreamscape built from Luvander’s thoughts, emotions, and memories. While I don’t typically gravitate toward this style, Galaad’s art here fits this tale perfectly. 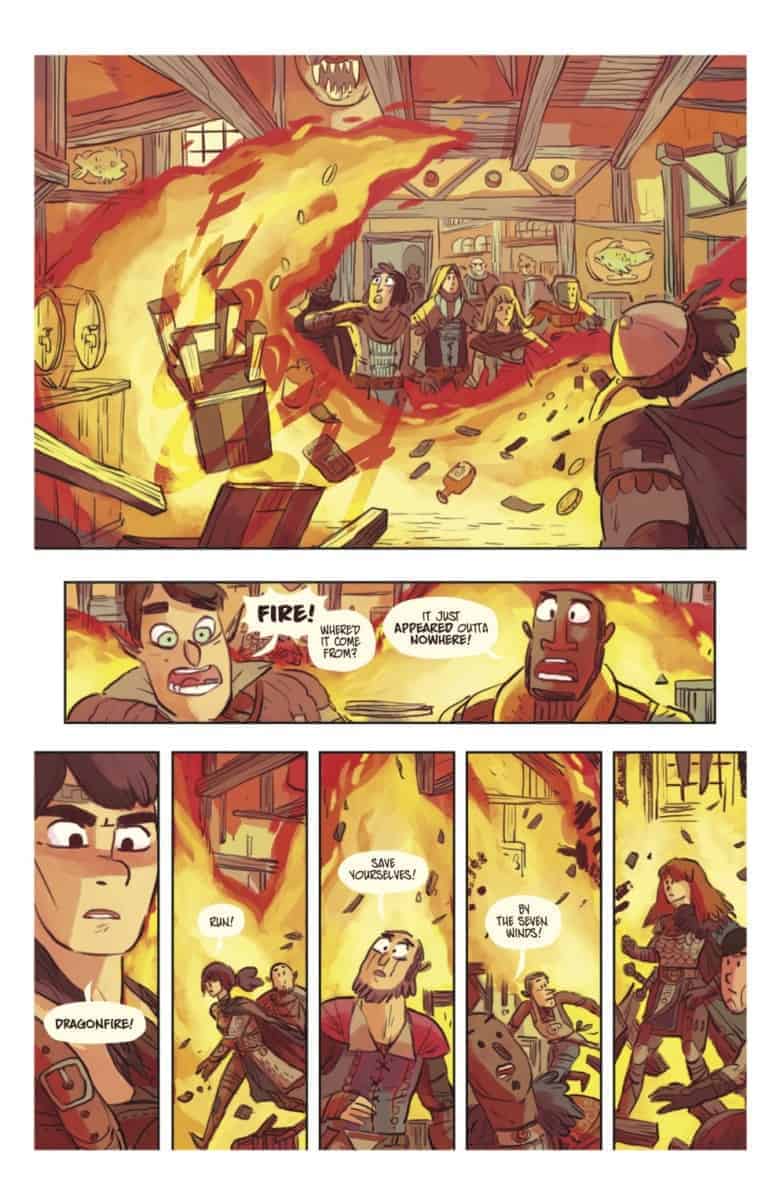 I highly enjoyed my experience with SCALES AND SCOUNDREL #1. However, the book wasn’t wholly perfect. The potent characterization that defined our main character was not wholly present with the rest of the cast. This was understandable. As a first issue, the primary goal was to develop and define Luvander, and that was a complete success. The problem arises when you look at the size of the cast and realize that most are simply extras. More heroes are introduced at the end of the issue, but there were no means to connect with them as they are only briefly introduced.

READ: Comic Con has come and gone, but our coverage is here to stay. Check out our interview with Dustin Nguyen, author of DESCENDER!

In the end, my one real issue with SCALES AND SCOUNDRELS #1 is that lack of characterization. The plot feels cohesive and entirely intriguing. The underlying mysteries surrounding Luvander’s history and abilities drew me in from the first page, and Galaad’s whimsical art locked me down.