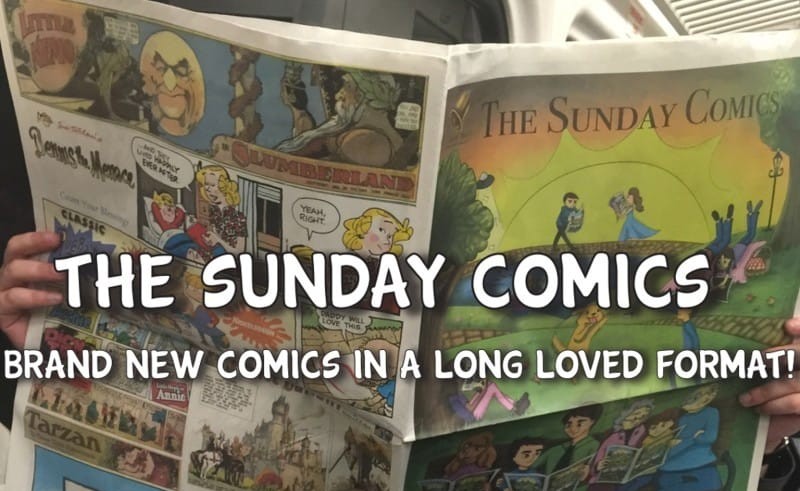 Newspaper comic strips have been a part of American culture for well over 100 years now. With the release of THE YELLOW KID on October 24, 1896, the comic strip as we know it had been created. This started a revolution that led legendary comic book characters like Batman, Superman, and Spider-man to all appear in their own weekly newspaper comic strip. Others, such as GARFIELD and PEANUTS, have made their name in the pages of the Sunday newspaper. But, with the decline of newspaper sales across the country, Sunday comic strips are dying out. Fortunately, Golden Bell Entertainment and their CEO Marc Goldner, have started an initiative to save this art form with THE SUNDAY COMICS!

READ: Check out the latest incarnation of PEANUTS with our review of THE PEANUTS MOVIE!

The largest problem with the newspaper industry as a whole at the moment is the sharp decline in advertising dollars. Since 2005, ad revenue for newspapers has dropped from just under $50 billion to around $25 billion. This has led to cutbacks on staffing and content to reduce costs. As a result, Sunday comic strips have largely been either shortened or removed entirely to save space and reduce printing expenses. 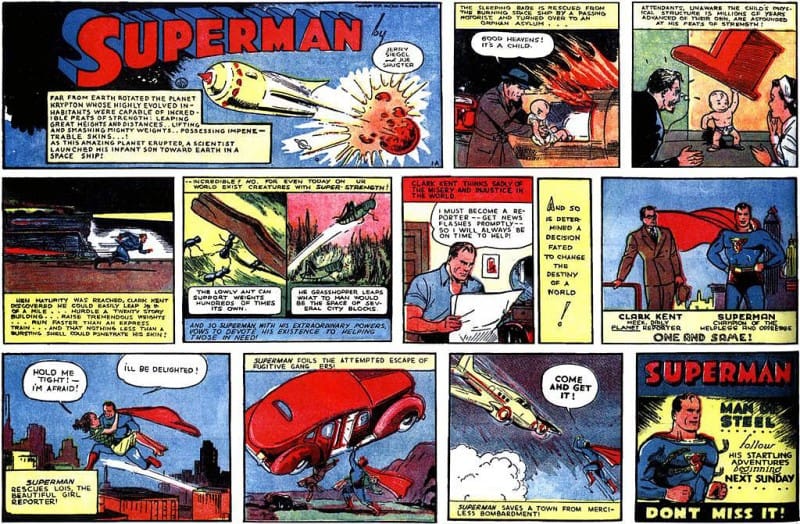 With THE SUNDAY COMICS, Marc Goldner hopes to reverse this trend and save an art form that has provided so much entertainment throughout its history. With the help of a very successful kickstarter,  Golden Bell has been able to amass over three hundred creators to help bring the project to life. The list of talents includes names such as the writer of LOST and BATMAN: THE ANIMATED SERIES Paul Dini; Oscar Nominated animator and Cannes Grand Prize winner Bill Plympton; Eisner Award winner Bill Sienkiewicz, MINIONS storyboard artist Glenn McCoy, Director of the Netflix series DRAGONS John Sanford, DOCTOR WHO storyboard artist Mike Collins, and the director of  THE BOOK OF LIFE, Jorge Gutierrez.

THE SUNDAY COMICS is not only looking for established authors, either. One of the most important ideas behind the project is to bring forward creators who may otherwise be lost in the countless webcomics floating around the internet. As Marc Goldner has stated, “we are constantly looking for new talent, and I personally have an open door policy to anyone. Whether it’s a creator, someone in business, or just a fan wanting to chat, I take calls all day every day and that’s why my number’s on www.GoldenBell.TV. Come on over, don’t be shy!” 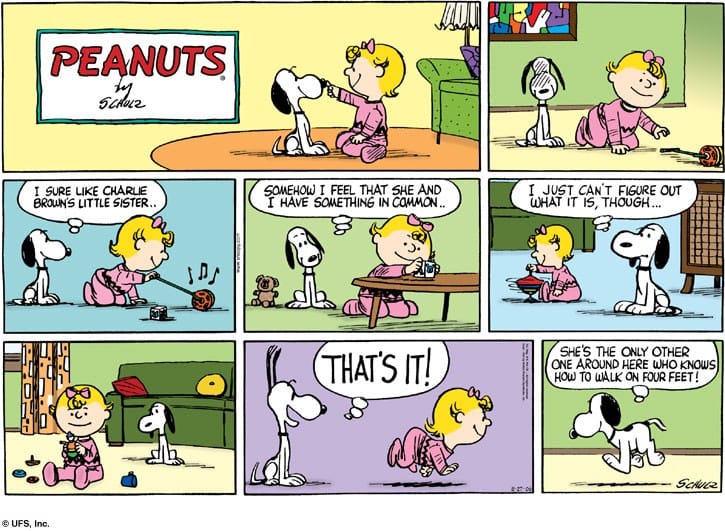 The project has also gained the rights to a plethora of characters, ranging from preexisting comic strips to classic video game characters. The biggest acquisitions were the rights to create new GARFIELD comic strips exclusively for THE SUNDAY COMICS. This is the first time anyone has ever been given the opportunity to create new and unique GARFIELD stories. Golden Bell has also obtained the rights to use characters from Playtonic Games. This includes the very popular BANJO-KAZOOIE character license. These established properties, along with the large amount of new creations, have created an immensely strong lineup of potential fantastic stories for the project.

READ: Check out some of Paul Dini’s other work with our analysis of the BATMAN: ARKHAM video game franchise!

THE SUNDAY COMICS is as much about the community surrounding it as it is the writers and artists. It’s about the feeling many of us have had, sitting down at the table, awkwardly trying to find a place to put the giant Sunday comics page so we could read every single panel, and getting lost in the stories is what this project is truly about. That feeling is something that is being lost. After helping introduce generations of children to the medium of comics, the reduction of pages dedicated to comics in newspapers means there needs to be a new outlet for the characters and stories. With THE SUNDAY COMICS, some of our favorite characters, and ones we have yet to meet, now have a new home to continue their adventures.

You can currently support THE SUNDAY COMICS on their Indiegogo page through donations and subscriptions!