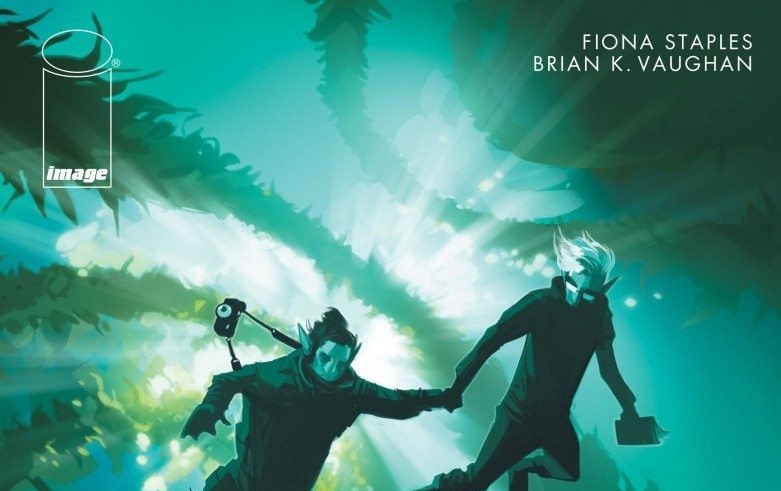 SAGA returns this month with another character-driven issue—and believe me when I say you won’t be disappointed!

Writer Brian K. Vaughan and phenomenal artist Fiona Staples have been reuniting readers with the dozens of characters in the SAGA universe since their recess last year. The most recent issues have given us the chance to catch up with our darling refugee family: Alana, Marko, Hazel, and Klara. The latest installment unveils the whereabouts of reporters Upsher and Doff since The Brand’s spell on them many issues ago. We get to see the two of them get back into the swing of things and continue with the investigation of the family after years spent under the spell. We also get appearances from cast members Ginny and The Will in this issue.

LISTEN: Want more from Image? Give our podcast on fellow Image comic NAILBITER a listen! 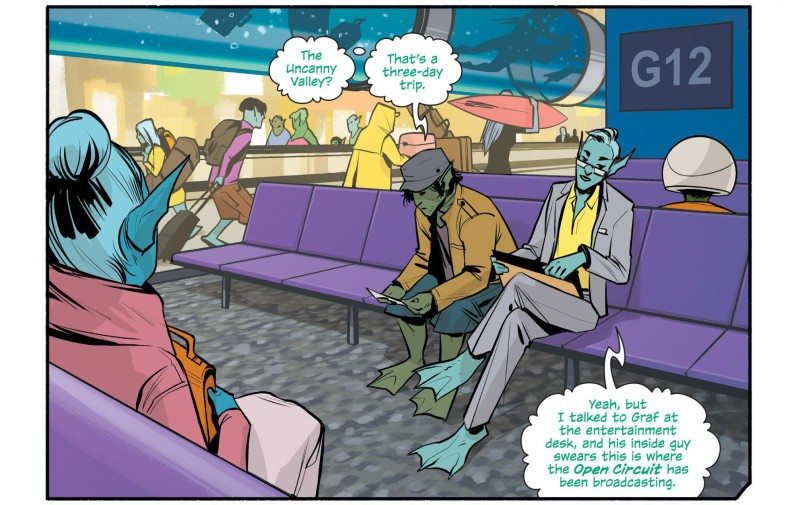 Vaughan’s emphasis on characters in each issue has been one of SAGA’s major hooks for readers. Although he’s working with a large cast of characters, he’s thorough, revealing individually why their presence is important in the story. It’s also evident how the family’s growth impacts the lives of supporting characters in this intergalactic chase. I wasn’t expecting to see Doff and Usher since their last appearance, but bringing them back is a clever way of catching readers up with the large supporting cast in the story. 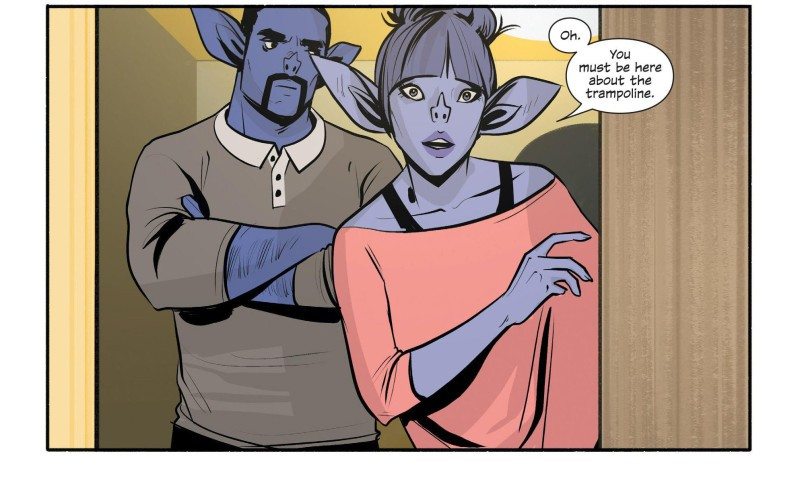 READ: Catch up on SAGA with my review on the previous issue!

One of the best traits SAGA has is its unique art from Fiona Staples. She places an emphasis on bold linework for the story’s characters, making them pop out of the panels. Her backgrounds have more of a fine-arts approach: painterly with an abstract feel to the brush strokes. This helps her capture natural elements in the settings more realistically and show off her talent! In the below image, you can see the relation in linework on Upsher in contrast to the rendering of The Brand in the newspaper cover. Upsher is the character being focused on, and The Brand is now deceased and becomes a less significant focus on the page. 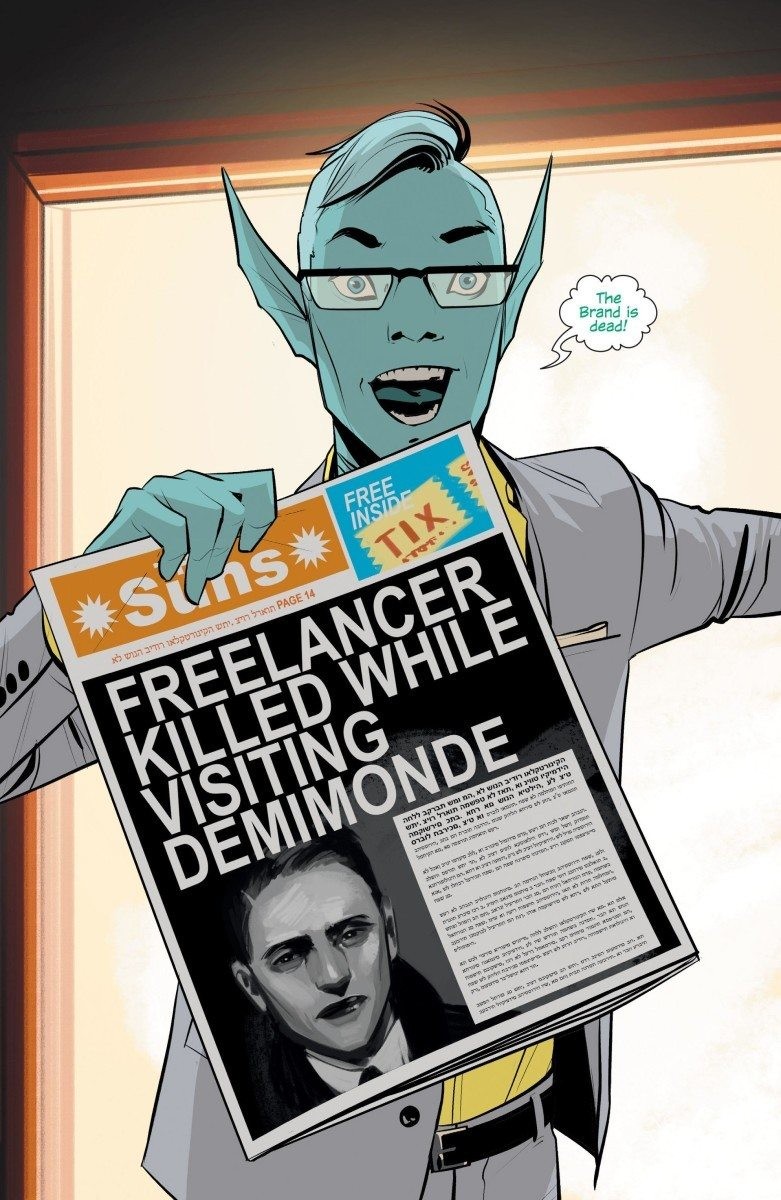 Even though the latest issues of SAGA have a slower pace compared to earlier issues, Staples and Vaughan have  made up for it in character development. The impact of these issues certainly leave readers yearning for the reunion of the cast in the near future. With that said, SAGA lives up to its name—and all we can expect is an epic saga of heroism, romance, friendship, and adventure in this space opera.