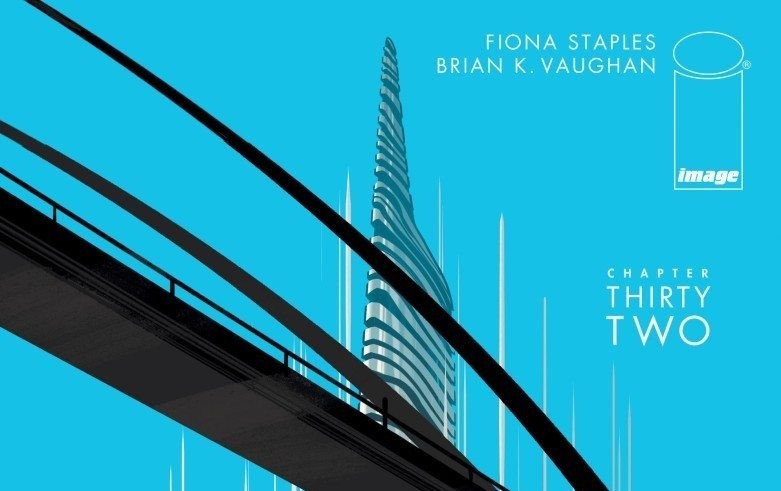 Vaughan and Staples have returned for winter break, bringing us new issues of SAGA. And after seeing how much Hazel has grown since issue #30, readers probably want to know what the hell happened to Marko, Alana, Prince Robot IV and even Ghus? “Oh fart” is right!

Before the break, we were left with an intense chapter full of blood, tears, and Vaughan playing games with our hearts – killing off many supportive characters we’ve come to love. But in return, he wrapped up the chapter with climactic reunions alongside bloodshed and explosives. So the least we can get out of this is fast forwards of our favorite intergalactic troops!

In Chapter #31, we get a glimpse of 4-year old Hazel’s more subtle childhood, going to school with other kids and now in the care of her badass grandmother, Klara. But in Chapter #32, however, we come to learn Marko and Alana are searching for these ladies in the planet of Variegate. They perform a B and E (Breaking and Entering) and find the records of their loved ones’ imprisonment. The records reveal that Hazel and Klara are still alive at a Detainment Center in Landfall, surprising the young parents. 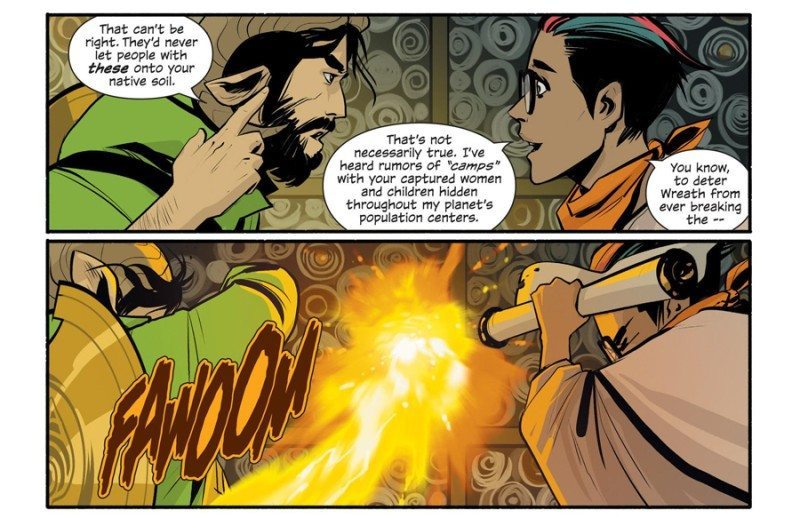 Don’t also forget that at the end of Chapter #30, we were left with the reunion of Prince Robot IV and his son. In this chapter, we get to see where their adventures have led them since the Death of Dengo. Not to mention, Prince Robot’s father has turned his back on him, so where can the two run to? 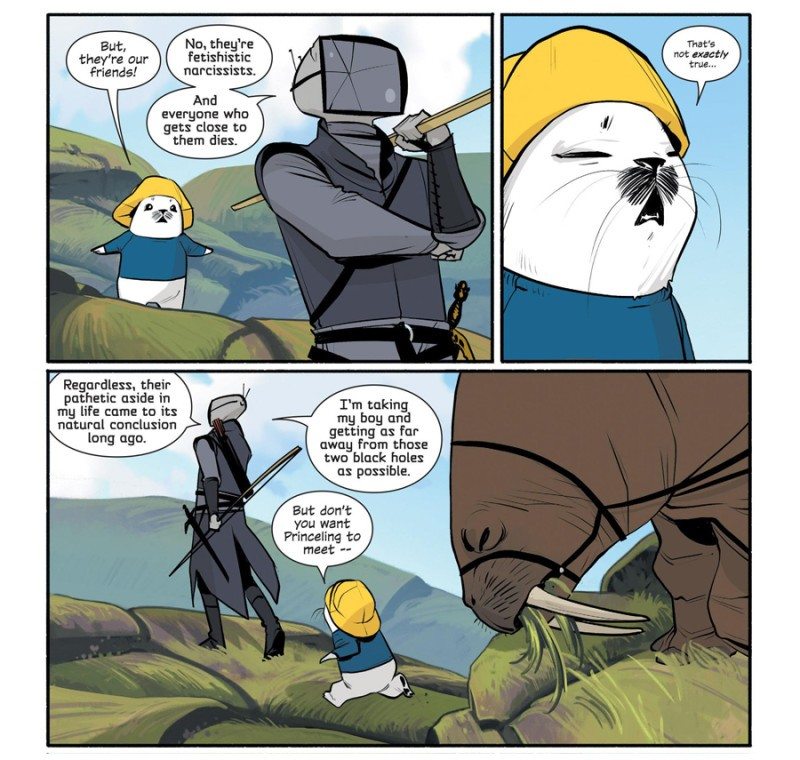 READ: If you love Brian K. Vaughan’s stories, check out our review of PAPER GIRLS #1 with artist Cliff Chiang!

I can only hope that in the next chapter we find out where in the universe Gwendolyn and a now, teenage Sophie could be after the wake of The Will from his coma. Vaughan has definitely been able to turn around all lost hope we had for most of the cast since Chapter #30 in these last two issues. I was stoked for this positive turn around after all of the tears I had shed.

SAGA remains consistent with progression of the story since Chapter 1. I love that after all of the twists and turns the story has taken it’s found a new direction while taking the whole cast through extensive, long journeys in the galaxy. These last two issues are still introductory since the break, but I’m sure Vaughan has big plans in store for everyone. This is only the setup before everything unravels for our hopefuls, and we as readers need to prepare! That’s why I’ve found myself hooked on SAGA and other titles of his, including PAPER GIRLS.

READ: Y: THE LAST MAN is coming to a television near you! Get the scoop here!

Staples’ signature style in her ink work and colors has only gotten better throughout the issues and makes reading panel-to-panel a breeze. Her attention to detail for the characters is a great juxtaposition with the abstract, painterly backgrounds. This really helps direct our attention to the cast and an emphasizes their growth throughout the series. I can’t get over how the combination succeeds and makes the comic book what it is.

If you had doubts regarding Marko and Alana’s relationship in prior chapters, this is a chapter that builds optimism back up. Their charisma and dedication to Hazel is remarkable and leaves readers such as myself in awe. I love that throughout all the adversities they’ve overcome, they’ve done more than surprise us with how much they managed to withstand. You always hear a baby changes everything, but I can’t imagine anything like this.

All I can foretell is that the cast has a lot of severed ties and loose ends to mend in the galaxy. From Hazel needing to hide her wings away from everyone in the detainment center for her safety to what lies ahead for Prince Robot and his son, there are definitely no guarantees lying ahead for anyone.