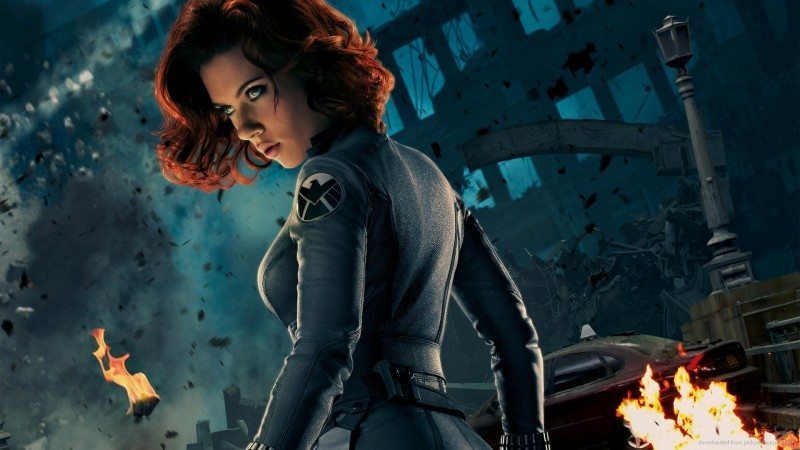 Quick — think of all the Russian characters you’ve ever seen in your favorite movies and/or comics, and tell me their defining traits. The majority of these characters and portrayals will probably be villains: cold, menacing, and violent, with really strong and poor Russian accents.

I am Russian-American, and I’ve been assaulted by these stereotypes my entire life. Many of the Russian portrayals from Western pop culture have presented my heritage in a way that is inaccurate and antagonistic, portraying nothing of the actual community I grew up in. Even in the comic book medium, where I go to escape the confines of the “real world” and lose myself in fantastic settings, I still face the confines of stereotypes that make members of my family look like criminals.

From the KGB evil masterminds within the Avengers cinematic franchise; to Aleksei Sytsevich/Rhino, the hired Russian killer in The Amazing Spiderman 2; to Netflix’s Daredevil, evil Russians are unfortunately too common. Within the world of comics, there is this present connotation between villainy and the Russian nationality that resonates with those who are actually of Russian descent, and not in a good way.

I’m not denying the appeal of characters like this — the villains and anti-heroes, possessing dark and nuanced backgrounds that contribute to their dark and complex personalities. My concern is that the majority of Russians who are represented on the screen or on the page also happen to have criminal backgrounds.

The continual casting of villains as Russian is not a new thing in media, dating back to the Cold War, when tensions between the U.S. and the Soviet Union were high. Back then these two nations were engaged in a literal arms race and ideological conflict that lasted for the latter half of the twentieth century. Today, we are in the twenty-first century and the same nationalistic clichés from that time still exist. It’s inaccurate, it’s xenophobic, and it’s damn annoying. However, that is not to say that all Russian comic book characters are all portrayed as villainous. Within comics, there do exist some Russian superheroes who do have more nuanced, although not perfect, characteristics that counteract the stereotypes.

Colossus first appeared in GIANT-SIZE X-MEN #1 as one of the new members of the X-Men, after the departure of the original five. The X-Men have always been an amalgamation of diverse characters, featuring different ethnicities, nationalities, body types, and religious affiliations. GIANT-SIZE X-MEN #1 is an early example of its diversity, introducing characters like African weather goddess Storm, Japanese plasma-generating Sunfire, German Catholic Nightcrawler, and Russian atheist metal giant Colossus.

LISTEN: Hear some of our thoughts on GIANT-SIZE X-MEN #1 in this episode of our podcast!

Colossus was originally born Piotr “Peter” Rasputin, a young Soviet citizen born on a collective farm with his siblings and parents before discovering his mutant power, the ability of his skin to manifest into metal, in early adolescence. In some essence, Colossus does conform to some Russian stereotypes. Colossus is written as having a strong accent, is stiffly formal, and identifies as a Communist; though the last one, according to the time period to which this character was assigned is somewhat realistic, especially considering his Proletarian values of justice and political idealism.

However, while large, powerful, and physically threatening, Colossus’s character is essentially peaceful and rational. He’s an individual who uses his powers to establish peace and protect others. In various issues, Colossus shows himself to be one of the kindest and most thoughtful of the X-Men. In UNCANNY X-MEN #230, when Longshot, a member of the X-Men finds a series of stolen possessions, Longshot begs his team to return them to their rightful owners. Wolverine is against the idea, thinking Longshot’s request as a waste of time. However, Colossus points out the necessity of Longshot’s goal, pointing out the need for basic human kindness. Within the issues, Colossus states, “If we cast aside basic human decency, our conscience — do we not lose so much more?”

In the graphic novel, HOUSE OF M: THE DAY AFTER, Colossus displays a sense of vulnerability and thoughtfulness that goes beyond his tough exterior. In the comic Colossus tries to process the trauma he’s experienced, questioning why he was one of the only mutants to survive and retain their powers when so many hadn’t, burdened with the tremendous weight of survivor’s guilt.

Among the reasons for the X-Men’s success is its sense of international unity, a team consisting of heroes from multiple nationalities and backgrounds. Colossus acts as a potent example of this, as he is the antithesis of a stereotypical Russian villain. Unlike many stereotypical Russian antagonists, who display jingoistic hostility towards anyone who doesn’t belong to their country or causes, Colossus would protect anyone who’s innocent, regardless of national loyalty, race, or religious affiliation. As a member of the X-Men, he protects his teammates from harm on multiple occasions, reflecting the potential of positive alliances between U.S. citizens and those who are considered of “foreign nations.”

Not Your Russian Fantasy

And another iconic Russian superhero to take into consideration is, of course, Natasha Romanoff, the famous Black Widow.

Created in 1964, Natasha Romanoff had been a reoccurring antagonist to Iron Man, later becoming an ally to U.S. forces, recruited as a freelance agent to S.H.I.E.L.D. and as a member of the Avengers. Black Widow, as one of Marvel’s most prominent female superheroes, is a tough as nails covert spy, easily one of Marvel’s most intelligent and strategic characters. That being said, in regards to her Russian nationality, Black Widow’s character has not been written without some clichéd tropes. 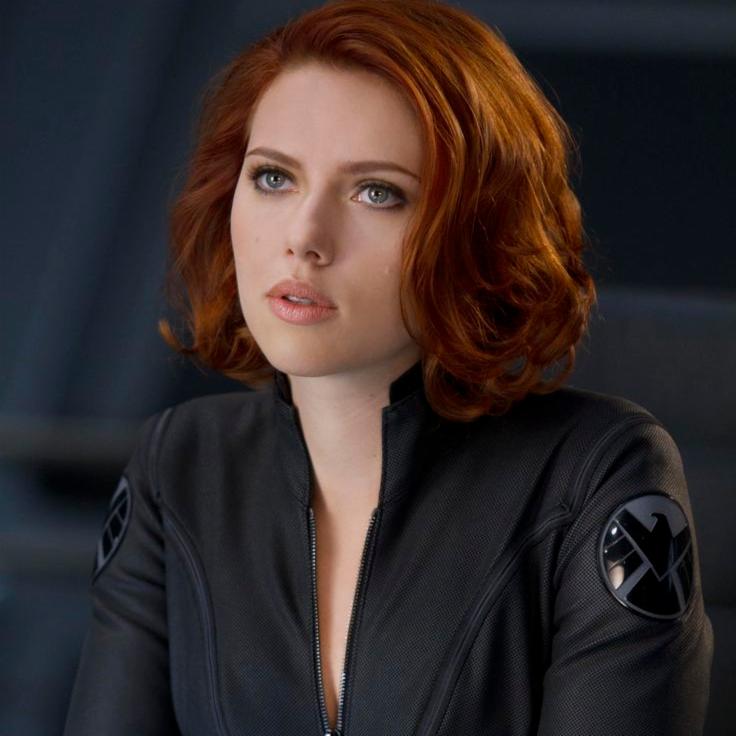 In each incarnation of her character, whether in the comics or on the screen, Black Widow has usually been seen as a bombshell figure. As a femme fatale who captures the attention of various male superheroes, such as Iron Man and Captain America, Natasha has often lived up to her Black Widow status, using her beauty to manipulate men and adhering to the trope of the Russian female seductress. While Black Widow has often been able to move beyond this trope through her demonstration of martial arts and military intelligence, nevertheless her portrayal does contribute something to the sexualization of Russian women. Furthermore, while sensuality and strength are by no means contradictions in a female character, there is still the obvious association within the comics and films of Natasha’s sexiness being connected with her nationality.

READ: Here’s more about our opinion of Black Widow!

On the other hand, other than her name and a few sentences spoken in Russian (which, by the way, any native Russian speaker would know sounds like an American trying to speak Russian), Black Widow seems more American than Russian, more easily conforming to the identity of Natalie Rushman than Natasha Romanoff. In the comics, when speaking to Nick Fury, who questions Black Widow’s political affiliations, she says, “As I told you then, Colonel, I will do anything which will show that I am no longer your country’s enemy — but a loyal citizen!” In this quote, it seems that in order for Natasha Romanoff to gain others’ trust, she had to renounce her own national origins, playing into a wider theme of assimilation.

Oftentimes, Russian immigrants have had to work to get rid of their accent and learn English, my own parents doing the latter when they first immigrated here, to better assimilate into American society and guarantee financial success and stability. However, Black Widow appears to be an American character in almost every sense. She appears to feel no sense of impact from her home country, portraying no personal connection to her birth country or knowledge of any of its traditions. In general, though Black Widow is badass and one of the good guys, her Russian-ness seems to resemble a more superficial feature than something intrinsic to her character.

Overall, the whole topic of Russian representation within the comic book universe, both in the comics themselves and the movies, is complicated. While positive Russian personalities such as Colossus and Black Widow do exist, the majority of Russian characters seem to belong to the dark side, often working as criminal masterminds and/or belonging to the Russian mafia.

Oftentimes the actors playing Russians are usually American themselves, trying on the Russian accent and nationality like a poorly sewed costume. For example, Paul Giamatti, the American actor who played Aleksei Sytsevich/Rhino in The Amazing Spider-Man 2 film noted in an interview with the Toronto Sun that he intentionally used a “hammy” accent, quoting that “Russians are always good villains.” Robert Thompson, a Pop Culture professor at Syracuse University, once noted in an article on the topic of Slavic characters within film and television that “the Russian villain was such a strong villain for so long … we never really got over them,” referencing historical overtones from the Cold War that contributed to the long-held tradition of casting Russians as scoundrels.

So here’s the question: Why is it that the majority of individuals who can uphold the values of “truth, justice, and the American way” can only be of the stars and stripes variety? When we introduce characters from any nationality and/or background in a single negative light, then we are denying people of that nationality and/or background to see themselves as heroes. We deny them the possibility of them creating a positive change. To continually cast Russians as villains without providing alternative positive and nuanced counter-examples is problematic. It denies a wide spectrum of Russian-Americans, both those who have immigrated here and those descended from immigrants, a chance to see their culture represented accurately as well as the chance to see themselves contributing to the American ideals of truth, justice, and freedom.

Maybe next time Marvel or DC decides to use New York as a setting, they could swing by Brighton Beach, pick up some piroshkies, and actually talk to a few of the residents there to get an idea of what Russians are really like.