RUNAWAYS season 2 episode 2, “Radio On,” is giving us a more in-depth look at how this little group of official runaways (and wanted criminals) is managing to survive. Spoiler alert: better than expected.

Sure, these kids may not know everything about surviving on their own, but somehow, they’re managing to make things work. They have an actual shelter, they still have each other, and Alex is even managing to get them some money. However, that doesn’t mean it’s smooth sailing for our runaways either. They’re forced to deal with each other constantly, which is both a blessing and a burden. Plus, they’re still new at this whole “being away from their families” thing, so they’re still working on those survival skills.

At least they know that they have to power up the hostel and that Tina’s staff is a must-have. Although the episode focuses mainly on the kids, the parents still get their share of screen time. Just like their kids, they’re still working out how to deal with each other. While the Wilders are focused on finding the kids by any means necessary, Janet is working on figuring out everything she can about Jonah.

To sum it up, RUNAWAYS season 2 episode 2 is a solid addition to the RUNAWAYS story. We get enough action mixed in with shifts amongst the kids that it drew me in and left me wondering what was going to happen in the next episode.

Are They a Team or Just a Group Stuck Together?

The first reminder of the tension between this group of sometimes friends don’t take long to show up. I mean, with their world-shaking and crumbling around them, I can’t say I blame them for being freaked out. Karolina’s missing for part of the earthquake and Alex has a job? Honestly, it’s no wonder they’re all constantly going at each other. They’re keeping secrets just like their parents did and still do. 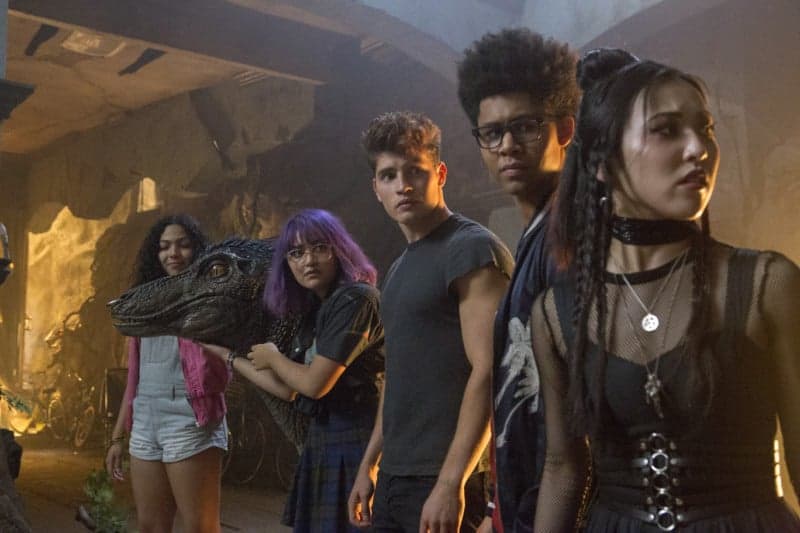 Yet, Molly comes up as the voice of reason. They want to be different than their parents, so they have to start trusting each other and sharing things. Yes, Karolina, we’re looking at you. Of course, none of the other Runaways know she’s been sneaking away to talk to Jonah, so they’re all focused on Alex. But this begs the question: will Karolina ever tell the others? Also, why is she keeping this from them? Granted, we all know that Jonah is not a good guy. But should Karolina have to hide why she’s suddenly doing so much better with her glowing?

RUNAWAYS season 2 episode 2 brings a reminder of why these kids are drawn to each other. When Nico makes the decision to go retrieve her mom’s staff, Molly and Karolina immediately jump to go with her. They know Nico cannot and should not do this alone, even though Tina is more powerful than all of them. 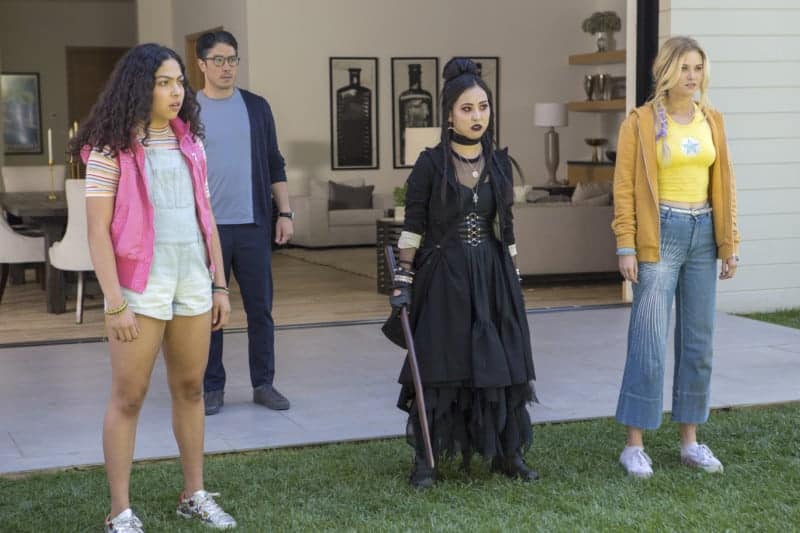 Even when that confrontation goes awry, the three girls don’t hesitate to help each other. They’re quick to put themselves in harm’s way because they know the others have their back.

This supportive nature continues on between Chase and Gert. Although Gert has her huffy moments, she’s really acting like that because no one has any idea what’s going on, least of all her. Chase doesn’t let her get away with it, though. He knows she needs support and is willing to stand up to her prickly nature.

On the flip side of things, there are several times during RUNAWAYS season 2 episode 2 where the group of teens is just that: a group. They still don’t really get along and they aren’t quick to share their thoughts or feelings. After the almost disastrous encounter with Nico’s parents, Nico lashes out towards Karolina. Although Karolina was part of the reason they all made it out of there alive, Nico doesn’t give her any credit. Instead, Nico blames Karolina for everything going wrong. They’re not a team, just two girls trying to survive.

This becomes especially apparent towards the end of the episode when Nico, Karolina, and Molly return from their unhappy trip to retrieve the staff. They mope into the dining room where Chase and Gert are sitting. Chase and Gert are happy that they have power, but the three girls ignore how great that is and continue to be annoyed. Yet, they give no explanation as to what happened, no acknowledgment that what everyone completed were actually big feats in and of themselves. There is no camaraderie there, instead, it’s a feeling of resignation. What would these kids do without each other? Most likely sulk at their parents’ houses. I’m not confident they’ll be able to do much of anything together.

Alex and Molly: An Unlikely Duo

Now, I would be remiss if I didn’t talk about Alex and Molly. No, Molly hasn’t suddenly become Alex’s rebound; they aren’t a couple. In fact, they don’t really seem anything alike, and that is where RUNAWAYS season 2 episode 2 really sold me. If you really take a look at these two characters and what they’re currently going through, their similarities are outstanding. Both want the chance to help out the group, but don’t like how the group is going about things.

They’re both keeping secrets and don’t feel the need to share said secrets. They both are motivated by love, albeit two different kinds of love. Molly’s driving force is essentially righteous love. She knows that what happened to Graciela wasn’t right and wants to right that wrong. She’ll do it however she can, whether it’s fighting Nico’s mom or seemingly dressing up like a makeshift superhero. 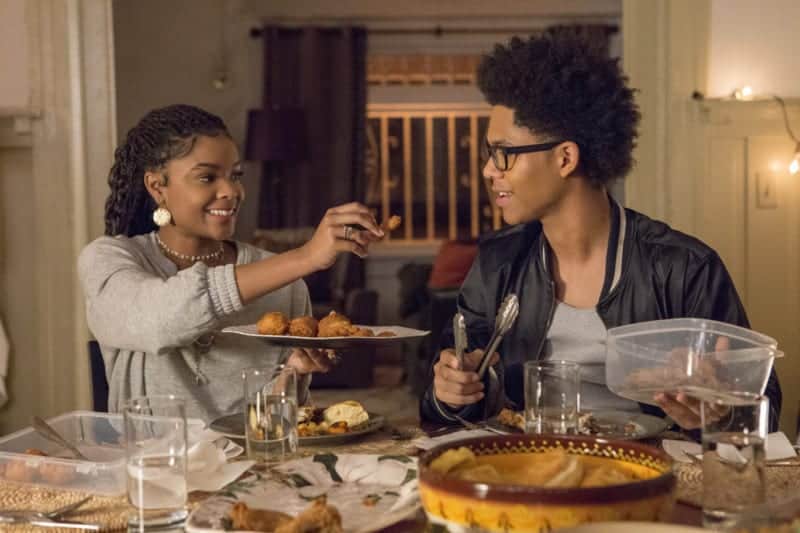 Alex, on the other hand, is driven by a love for comfort and for a pretty girl, Livvie. Although he might try to convince the other Runaways that his motivations are purely money based, one look at him in Darius’ home, and it tells a whole different story. I mean, I cannot get over him just hanging out with Darius and his family, eating good food, while his supposed friends are scraping together whatever food they can find. Alex seems like he wants to feel like a normal kid again, with all the comforts of home. I can’t necessarily fault him for that, but judging by Darius’ phone call, Alex better not get too used to the comforts of home again.

I’ll be honest, I didn’t realize how sold I was on this season until I wrote this episode review. But RUNAWAYS season 2 episode 2 had almost everything I could’ve asked for: solid plot, good action, some teenage romance, and angst. I always could use more screentime for the parents, but since this show is focused around the kids, I’m a fan of this episode focusing mainly on them. I can’t wait to see what kind of trouble our favorite Runaways will get into the next episode, especially with the promise of a focus on increasing their fighting skills.