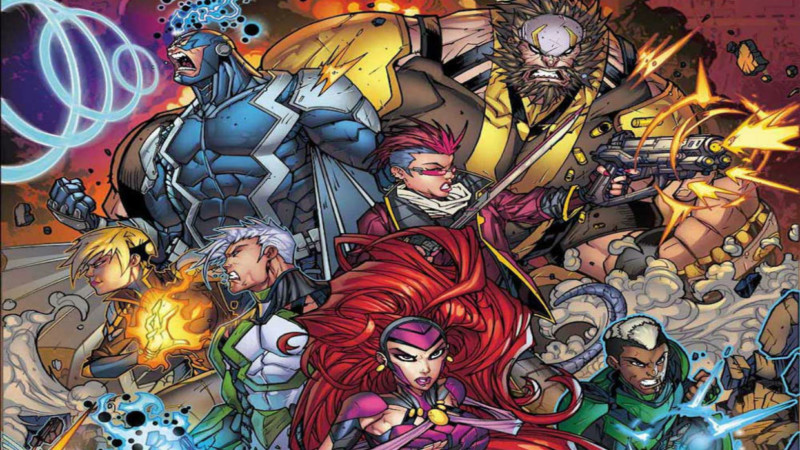 The events of INHUMANS VS. X-MEN are showing their signs of lasting effect. Now that the Terrigen cloud is gone, the Inhumans are at risk of extinction. The Inhumans have a limited future, and they’re willing to find hope no matter what the cost. This is how the epic tale of the Inhumans continues in ROYALS #1.

This issue is written by Al Ewing who does a great job of setting the dramatic tone for this story. The Inhumans’ story is no longer about finding a place for their people to fit in; it’s about not becoming extinct. Ewing is able to capture that essence by keeping his writing heavily emotional for the Royal Family in this first issue.  Simply put, the Inhumans are running out of options. There’s no need to sugarcoat the crisis at this point, and Al Ewing takes full advantage of the situation in his storytelling. 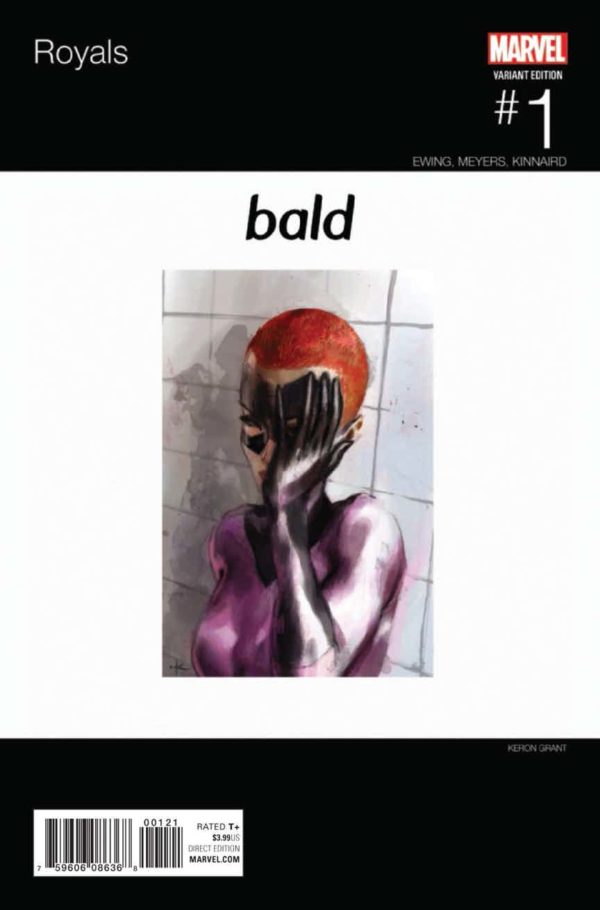 As seen in INHUMANS PRIME #1, Black Bolt’s Royal Family is in disarray, and there’s little hope for its reemergence until the future looks less bleak. Ewing’s writing style brings out the energy one would expect from such chaos. With little other choice, the Inhumans look towards the sky and head into space. The hope is to find some answers and perhaps even a remedy for their dying species. They have a lot to gain but little to lose at this point, so seven Inhumans (some from the Royal Family and some not) decide to embark on a space exploration and see what’s out there for them.

READ: Haven’t been able to read INHUMANS VS. X-MEN? Check out our review of issue #0 to see why you should start reading!

ROYALS #1 starts off many years in the future and is told in the perspective of myth. The myth entails how seven brave Inhumans ventured to find a new hope for their race. This leads us to believe the Inhumans did indeed succeed in their quest. However, only six of the seven members made it back from the trip. Ewing clearly isn’t reserved in this series. He wants us to feel anxious about who may potentially be killed off throughout this story. This is a great mechanic to work with because now Ewing has his audience ready for a big twist at any point of the series.

By strongly hinting at the death of a character, Ewing is given the freedom to really keep his readers on their toes. It also makes his usage of foreshadowing very prominent, as is seen when the topic of death is discussed at the end of ROYALS #1. While the story is well crafted and often humorous with light moments, the ominous reality of the Inhumans situation leaves a few of the panels dreary and dark.

You see the depths of Ewing’s narrative in such moments where Black Bolt remains stoic during conversations. These moments have a strong impact. It’s not because of his inability to speak without inducing chaos, however. Rather, in his silence we see the ferocity Black Bolt holds for Marvel Boy’s words, or even the importance of his lack of words in a very tense point of the issue. Emotions vibe through this issue because significant decisions are being made regarding this journey.

READ: Behind on news for the INHUMANS television show? See which actor is interested in playing Black Bolt!

Despite Black Bolt’s anger, Marvel Boy gives the Inhumans a small glimmer of hope, and this slowly turns him into the force of motivation for the Inhumans. Though he seems arrogant, Marvel Boy still provides them with a way forward. His appearance in this issue is suspect because he simply pops out of the blue to spark the family’s curiosity. But, he’s written well enough to cause intrigue for both the characters and us readers.

Jonboy Meyers pencils the artwork for ROYALS #1. Combine this with coloring by Ryan Kinnaird, and you get a narrative that is aesthetically vibrant. The beautiful colors make Meyers’ images pop out. The shades and lines form a synergy that balances well even when something depressing is told in the story. These colors allow for the character’s unique features to come out, making them feel a lot more genuine to the world they belong in. This in conjunction with the defined lines of each structure showcase a world that looks fresh and truly well developed.

Overall this comic series is starting off strong by giving us a powerful character development. This is seen with Ewing’s interpretation of Medusa. Rather than making the issue focus heavily on Black Bolt, it seems as though his wife will have a bigger impact. Perhaps this means that even other members of the Royal Family will be put into the front lines. I hope to see more of this appear in forthcoming issues because it will likely keep this adventure fresh with character development.

My main criticism, however, is that we never really get a definite answer to what the Inhumans will find out in space. It seems like they are just told to go out there and hunt for an answer that may not even be there. The lack of evidence makes it feel hard to believe the Inhumans would risk everything on a hunch. But I guess that’s the point. They have no choice: their survival requires any hope.

Whatever does happen, ROYALS #1 sure does set this series up to be a roller coaster ride. While I can’t wait for ROYALS #2 to release, it’s good to know it comes out in just two weeks. For now, though, I’ll just stay here hanging off the edge of my sofa in anticipation.