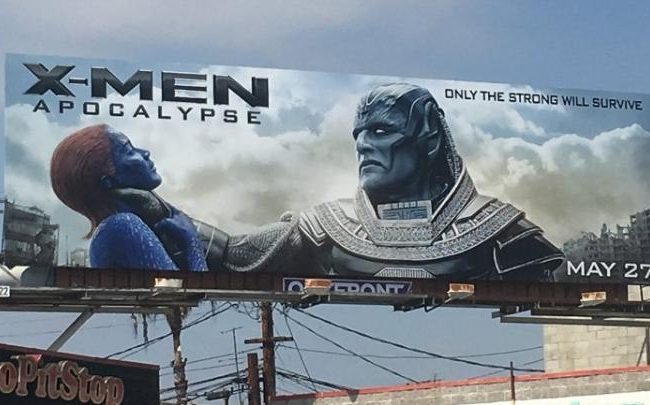 I consider myself a feminist. As a white, heterosexual, cisgendered male, I believe that I hold a certain privilege: there’s less stopping me from having a successful career, most superheroes look just like me, I’m less likely to be objectified, and in case I would frequently change my sex partners, society wouldn’t condemn but instead celebrate me. And obviously, I strongly oppose violence against women and any fictional depiction belittling violence against women. But despite that, I just can’t fully agree with actress Rose McGowan when it comes to her furious online criticism of the X-MEN: APOCALYPSE advertisement.

What happened? McGowan, probably best know for starring in CHARMED from 2001 to 2006, took to The Hollywood Reporter about a billboard advertising the latest entry to the X-MEN film franchise featuring Mystique (portrayed by Jennifer Lawrence) being choked by Oscar Isaac’s Apocalypse. In her opinion, marketing a film by so casually portraying violence against women is problematic.

READ: Check out our spoiler-free review of X-MEN: APOCALYPSE!

While we might all agree that violence against women, domestic or not, is a horrible thing and worth protesting against, we have to differentiate when it comes to depictions of the issue in fiction. Let’s cast our minds back the huge GAME OF THRONES controversy that arose from episode 6 of season 5’s infamous Sansa rape scene. My opinion about this hasn’t changed in the past year. Rape occurs. It’s horrible, but an incredibly large amount of sentient beings fall victim to rape every day. If fiction is, to a certain extent, mirroring reality, then non-glorifying portrayals of non-consensual sex have their raison d’être. As such, Fox should be allowed to show Raven being choked by En Sabah Nur, as long as the plot doesn’t indicate that this kind of violence is acceptable or desirable. Depiction does not equal glorification. Apocalypse is the antagonist for a reason; what he does is supposed to be evil. 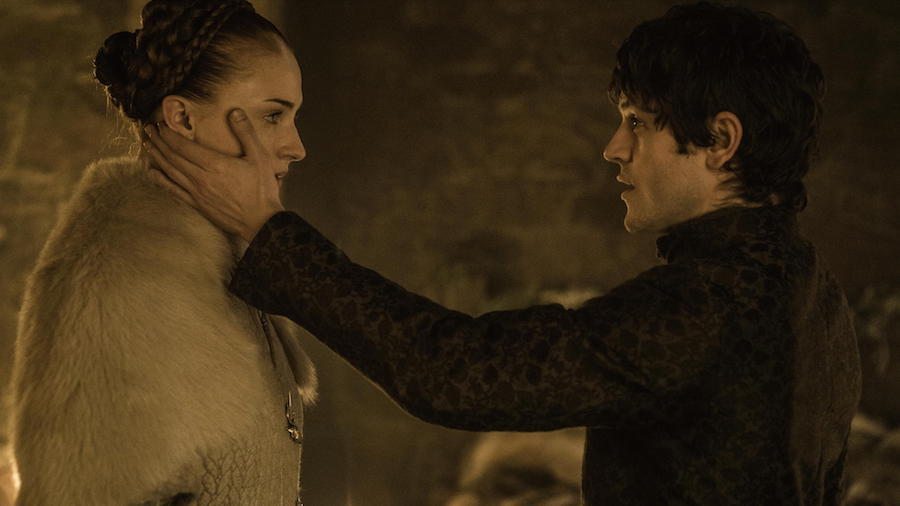 But this might miss the initial point of criticism, as McGowan’s issue with this seems to be the lack of context to the ad—what she sees is “just a woman getting strangled.” She even argued that “a black man being strangled by a white man, or a gay male being strangled by a hetero” in a similar context would be just as outrageous. The argument could be made that any of this should be treated as equally bad as the vice-versa: Is a straight man being choked by a gay man any better, ethically? Then again, since men, heterosexuals, and white people hold a certain privilege in society and women, homosexuals, and people of color are still arguably oppressed, the power dynamics may play a significant role in figuring out whether one thing should be considered more offensive than the other.

What seems to be the problem for McGowan—and countless others who voiced their concern on Twitter—is that by putting this particular act front and center on the billboard, Fox is making violence against women a main selling point for APOCALYPSE. And it might appear like that from an outsider’s perspective. In the context of the film, though, I don’t think Mystique’s gender makes any difference in the particular scene whatsoever. But, in all honesty, I highly doubt McGowan has seen the movie.

[spoiler title=’Spoiler for X-MEN: APOCALYPSE!’ style=’default’ collapse_link=’true’]Seeing Raven in danger is a turning point for almost the entirety of the cast, since she means so many different things to these different characters: sister, friend, loved one, idol. She’s not at risk of death just as a woman but as all of that. Apart from that, X-MEN: APOCALYPSE is anything but disempowering to women, as it borrows heavily from the PHOENIX SAGA. Which was, by the time of its initial release, a response to second-wave feminism. Jean Grey and the other female characters are being put in positions of power, as Phoenix and Storm essentially become MVPs in defeating Apocalypse. And even Mystique’s arc is empowering.

CLICK: Listen to our interview with Chris Claremont, prolific X-Men writer of, amongst other things, the DARK PHOENIX SAGA!

The overall problem might be context. For fans of the franchise, seeing one of the most iconic characters of the franchise in mortal danger has nothing to do with her gender and instead raises the stakes and excitement for the film’s release. Given the context of the movie’s plot, that shines a totally different light on what’s happening on the billboard. But, if you’re not familiar with any of that, you might as well just see a woman getting choked by a man. That being said, in order to protest the campaign, your opinion should be differentiated, even if that means you should be concerned with the actual content.

For many, the criticism has seemed out of context and nitpicky, and this is what makes it harder for third-wave feminism—or the left wing in general—to be taken seriously in these kinds of debates. It makes it seem reactionary, impulsive and uninformed. Plus, after all, saying that violence against women in a non-glorifying, not gender-specific context like this should never be a part of fiction would be an unnecessary act of censorship. Which I don’t think empowers women, but sheds a bad light on this kind of activism – and does quite the opposite.