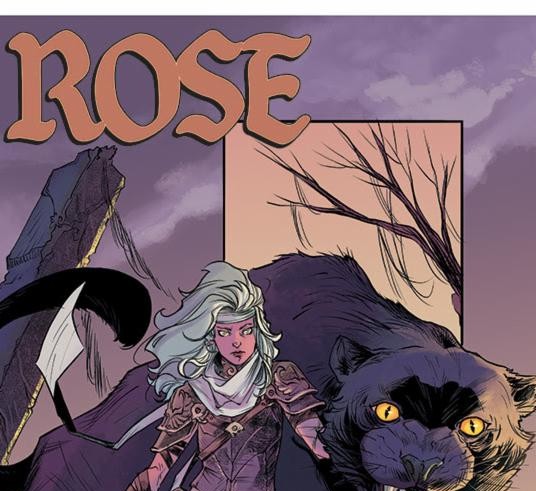 Have you ever read a fantasy story about an unassuming hero who must save the land from a tyrant? If so, you’ve already read ROSE #1. I’d like to say I’m being hyperbolic, but that’s the comic in a nutshell: a basic rags-to-heroics story. With a blend of HE-MAN, ERAGON, and HARRY POTTER, this issue proves to be a predictable sum of every fantasy adventure’s parts.

Written by Meredith Finch, ROSE is about a girl, one of the last of her kind, with magical powers that are amplified by a Khat (giant cat) named Thorne. However, Rose has yet to truly realize her abilities. To make things worse, a horrid, tyrannical queen has taken over the land, killing anyone who shows a potential of having powers like Rose’s. Keeping her abilities secret, Rose lived in peace until one day a search party, sent by the Queen, burned everything she loved. Now, Rose has nothing left but to fulfill her destiny of finding her Khat and saving her kingdom. 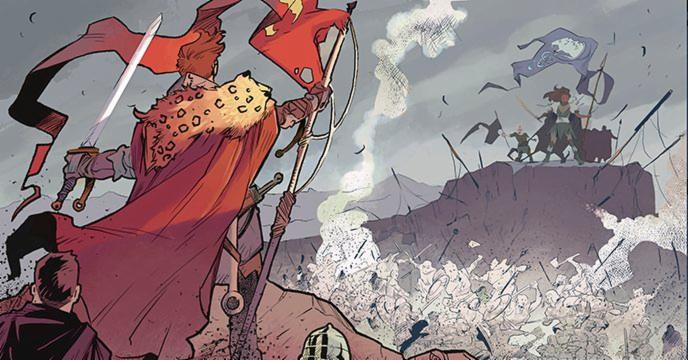 I don’t want to be the guy who puts a comic down, especially a first issue, but ROSE has a lot of work to do in future issues to change my opinion. ROSE has two big issues to overcome. First is the aforementioned genericism. While I understand that it’s the first issue and it’s simply setting the scene, it takes no risks to try to be unique. The plot is bare-bones and everything from the protagonist to the villain is a paint-by-the-numbers fantasy adventure.

READ: Like music and comics together? Why not read THE AMORY WARS: Rock Music Meets Comic Storytelling!

Typically, if a writer knows their story is headed down a well-traveled road, they’ll take a different perspective. For example, perhaps the villain could be the protagonist, watching their kingdom come to a demise despite their best efforts. Perhaps it’s the mentor we follow. The point  is that even if the story follows familiar beats, there’s some fresh take on it. Now, perhaps the lack of a unique trait isn’t the biggest issue. A well-written story can be enchanting and provide an enjoyable adventure no matter how familiar it is. Well, as much as I’d love to say that’s the case, ROSE has a second issue.

I TELL YOU WHAT!

The exposition is overwhelming. The dialogue explains too much. I can be somewhat sympathetic to this flaw. It shows an attempt at explaining the basics of the world and how everything works. This step is somewhat difficult for writers to surpass because there are a number of things that may not make sense without context. I mean, we’re still trying to make heads or tails out of some of the HARRY POTTER magic. 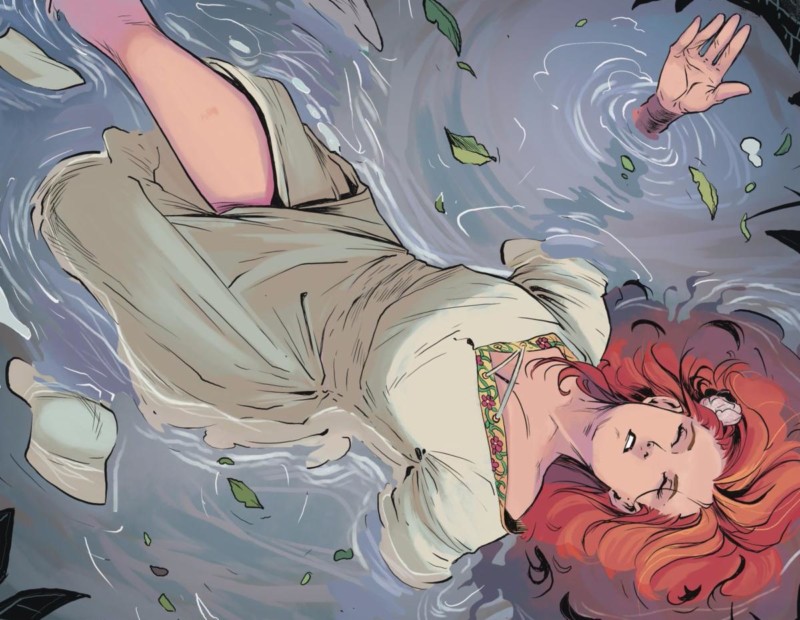 While sympathetic, I still say that you shouldn’t lay everything bare within the first issue. There has to be some intrigue to pull readers in for later. I would say it’s best to abide by a common universal rule: the first impression is everything. With little characterization, there wasn’t much to appreciate. The protagonist had little to no development and the antagonist, while given the most characterization, was essentially Skeletor. Most of the issue was used to set the scene and give the characters their motivation, which, again, is generic. There was no suspense, mystery, or even a cliffhanger. Simply put, give me something to look forward to so I have a reason to pick up the next issue.

READ: Like getting sneak peaks? Take a look at THE FALL AND RISE OF CAPTAIN ATOM #5 EXCLUSIVE PREVIEW!

I’m somewhat anxious about this series. While I’ll say the art by Ig Guara was fantastic and the setting’s design was immersive, there’s a lot that could be expanded on. What I want to see explored the most is the woman on the cover. The assumption is that a fantasy protagonist will be a badass mixture of Xena and He-man. That one day, she will show us action the likes of which we have never known before. What I want for this series is for the following issues to be the exact opposite of what I’ve read. I hope that I get to eat my words and see an amazing series that leaves an impression on me. Until that is made a reality, I am anxious about ROSE.