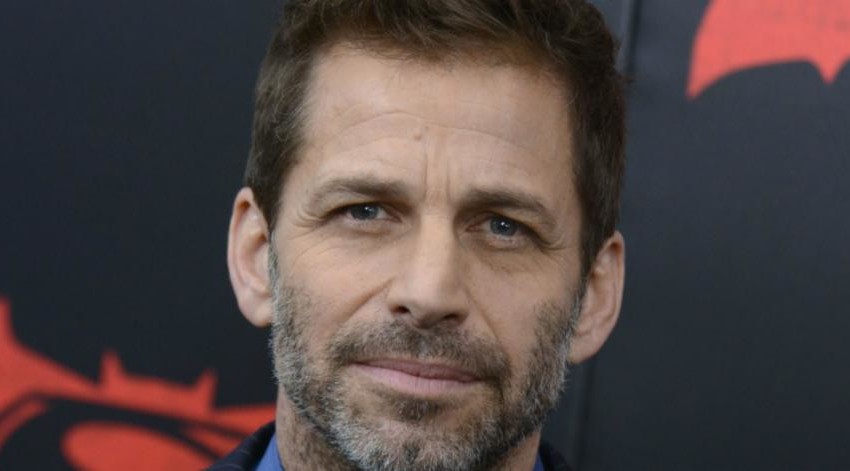 WONDER WOMAN set new records this weekend, earning 233 million dollars and being the highest grossing film with a female director in history. Critics gave the movie a 93% approval rate on RottenTomatoes.com. The film is a milestone for female heroes. It gives Warner Bros. and the flagging DCEU hope. MAN OF STEEL, BATMAN V. SUPERMAN: DAWN OF JUSTICE, and SUICIDE SQUAD were polarizing films, lacking the major appeal that their rival Marvel has been able to achieve. WONDER WOMAN is proof that the DCEU can work, though fans will now argue over what changed for WW. Tone, direction, casting, all of these elements and more will come into play. One factor  (though fans may not want to admit it right now), is the lack of input from the man largely in charge of the DCEU: director Zack Synder. 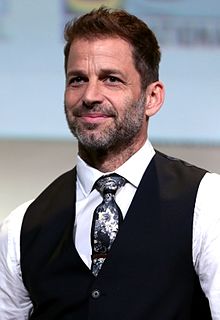 In fairness, Synder is a producer on WW and is credited as one of the writers. It also would be in poor taste to bash the man, as he is currently dealing with personal tragedy (for which myself and all of ComcsVerse can only offer our sympathy).  Even so, Synder’s approach to the DCEU has been simmering in the minds of comic fans.WW’s success will only add to the mix. Snyder functioned in a more hands-off production role. He wrote WW with three other writers. Fans can see those minimal jobs as further proof. Snyder functions as a large cog in the DCEU machine. But is it fair to blame him for all of the problems it faces? We must accurately look at the criticism of Synder’s DCEU contributions, as well as the contributions of others.

Zack Synder might not deserve all the blame for the DCEU’s failings, but he is responsible for some of them. Synder’s first DCEU film, MAN OF STEEL, was a retelling of Superman’s origins. Critics and fans complained about the overly-serious tone, chaotic fight scenes, and and a sense of hopelessness (despite the protagonist’s constant claims to the contrary). Synder is responsible for the fight scenes, as epic battles are one of his signature items. Friends of mine who saw the film complained of feeling whiplash and nausea watching the choppy, mindless battles. It’s a trend that continued into BATMAN V. SUPERMAN, as the final fight was epic almost to the point of being silly.

The director also shapes the tone of the film. Both of the movies mentioned above are dark and brooding, with few, if any, moments of levity. This is a stark contrast to the Marvel films, which often poke fun at themselves. MOS and BVS are emotionally and literally dark, with heroes acting far too serious and an overuse of shadows. Again, this is a trait of Zack Synder, as most of his previous films are in a similar vein. That isn’t an inherently bad approach, but it does make it harder for these movies to have mass appeal. The viewing public wants to be entertained by a superhero film. Viewers of these films reported feeling depressed and bored. All the epic fights in the world can’t make up for that.

The greatest criticism of Zack Synder however, has been his lack of understanding of the DC characters. Synder famously claimed that he was surprised how much fans ‘cling’ to Christopher Reeve’s comparatively bright version of Superman. This angered many, as Reeves’ iconic interpretation is largely felt to be the definitive portrayal of Superman. While Synder isn’t beholden to that portrayal, his Superman has been regarded as overly brooding, and incapable of inspiring hope, the most important trait of Superman. His version of Batman isn’t much better, as the Dark Knight’s brutal fights in BVS led to fans blaming Synder for breaking Batman’s ‘no-kill’ rule. As for Synder’s version of Lex Luthor…

Zack Synder has claimed he wants to show a more realistic version of these characters. Fans have accused him of being unable to grasp the characters’ nuances. They have also said Synder made the characters darker and more violent so that he can have more of his trademark brawls. The real reason is debatable, but whatever it is, Synder’s interpretations haven’t been a rousing success among most fans or casual movie-goers.

READ: See the tone DC was going for with THE DARK KNIGHT RETURNS

Zack Synder shoulders some of the blame for the DCEU. Yet it’s important to note the other forces involved. Warner Bros. has earned a fair amount of criticism for their films. DC had started the ball rolling on comic book movies with the original SUPERMAN series, and two BATMAN film franchises. These films were either over or ending as Marvel started to build their cinematic universe. While Marvel did license characters like the Fantastic Four and the X-Men to other studios, they still chose their partners and had a fair amount of control. DC needed the ok from parent company Warner Bros. Warner didn’t have an interest in making their own universe until a certain Marvel film came along…

THE AVENGERS shattered records, earning over a billion dollars during the course of its run. MAN OF STEEL hit theaters a year later, after Warners’ DARK KNIGHT and HARRY POTTER series had ended. Fans noticed the timing, and DC’s push towards a group film (JUSTICE LEAGUE) to establish certain characters, instead of individual films. Superman and Wonder Woman got their own films, leaving Batman as a side character, and Flash, Aquaman, and Cyborg to be thrown into JL. It’s also meant the films put a great deal of focus into building a franchise, instead of showing characters. At least until after Warner makes JL since the aforementioned heroes get their own movies then.

These attempts come out rushed and inconsistent. DC’s film are different in tone compared to Marvel’s, as mentioned before. The result has been movies that seem more catered towards hardcore fans. BVS had kryptonite, Wonder Woman, Doomsday, and several references to Frank Millers’ THE DARK KNIGHT RETURNS. This might be great for fans, but BVS holds records for declining tickets sales in its opening weekend (58% Friday to Sunday and 81% the following week). The studio failed to reach beyond immediate fans to causal moviegoers.

The downward progression pushed Warner to forcibly inject lighter tones into it’s work. SUICIDE SQUAD was pulled back for reshoots designed to add more humor. The second trailer, which made liberal use of Queen’s “Bohemian Rhapsody’ caused fans to accuse DC of copying the style of Marvel’s GUARDIANS OF THE GALAXY. While WW understood the need for both action and levity, SS attempted to force humor into an originally darker story. The movie polarized movie-goers, and fans have since complained about the films’ lack of plot, showing the Joker for only fifteen minutes, and including Harley Quinn purely for fanservice or merchandising. Synder has made mistakes. The forces behind him made worse ones. Warner tried to emulate the Marvel formula without understanding why it works.

Writers arguably carry the most responsibility for a film’s performance. Zack Synder may have directed MOS and BVS, but he didn’t write either of them. Both films were cowritten by David S. Goyer, with Christopher Nolan (MOS) and Chris Terrio (BVS). Both films suffered from the aforementioned lack of character development and overly serious tones. MOS drew complaints from fans for trying to shoehorn the writers’ approach to the DARK KNIGHT series onto Superman. A gritty, realistic style is difficult to do when your character is an alien god from another world.

Goyer himself seemed to have problems with BVS. Goyer talked about the of BVS while promoting BATMAN BEGINS. His response wasn’t enthusiastic:

“Batman Vs. Superman is where you go when you admit to yourself that you’ve exhausted all possibilities. It’s like Frankenstein meets Wolfman or Freddy Vs. Jason. It’s somewhat of an admission that this franchise is on its last gasp.”

Goyer made this statement a decade ago. The studio had this film in mind forever, and Goyer simply had to write it.  Regardless, Goyer’s words came back to bite him. The complaints against the film don’t indicate he gave it his best effort. Joss Whedon experienced similar issues making AGE OF ULTRON. Whedon told a story while meeting studio requirements.  Zack Synder received a film with all this backstage turmoil attached.

Zack Synder does deserve some blame for the DCEU. His style of directing didn’t fit the series, and I’ve heard the argument that he was brought on to make the films look cool. Yet, Synder also did what he does best as a director. Synder received poorly written material from a studio obsessed with making money. Synder made mistakes. The studio gave him a damaged product and forced to do the best he could with it. Fans’ anger would be better focused on the writers who tried to imitate a previous style, or just didn’t care. It would be better directed on the studio that shamefully tried to imitate its competitors without understanding their formula. Zack Synder isn’t the world’s greatest director, but he shouldn’t be blamed for the mistakes of others.