ROCKET RACCOON #1 by Matthew Rosenberg (WE CAN NEVER GO HOME, 4 KIDS WALK INTO A BANK, KINGPIN), Jorge Coelho, and Antonio Fabela is unlike any Rocket Raccoon comic you’ve ever read, I promise. Rather than a sprawling space epic, or a cartoonish buddy-adventure, ROCKET RACCOON #1 is a fish-out-of-water story that thrusts everyone’s favorite snarky space creature into the epicenter of American culture: New York City. Rocket Raccoon does not consider himself a beast, and refuses to be treated like one. As such, the setting allows for writer Matthew Rosenberg to explore Rocket’s behavior in his least comfortable state: caged.

LISTEN: Like GUARDIANS OF THE GALAXY? Check out our podcast on Comic Book Space Operas!

While CIVIL WAR II left the Guardians of the Galaxy without a ship, their status as a team is very much up in the air. As such, everyone’s favorite foul-mouthed, gun-toting space critter has become a solo act. Sans Groot, Rocket has no wall to riff off of, allowing Rosenberg to pepper Rocket’s pissed-off diatribes against the planet Earth with political undertones against the evils of Earther (read: American) culture. From the hands-off approach to homelessness and hunger to the militarization of American police, nothing is safe from Rocket’s mouth – let alone his trigger-finger. (It is, of course, the fastest in six systems.) 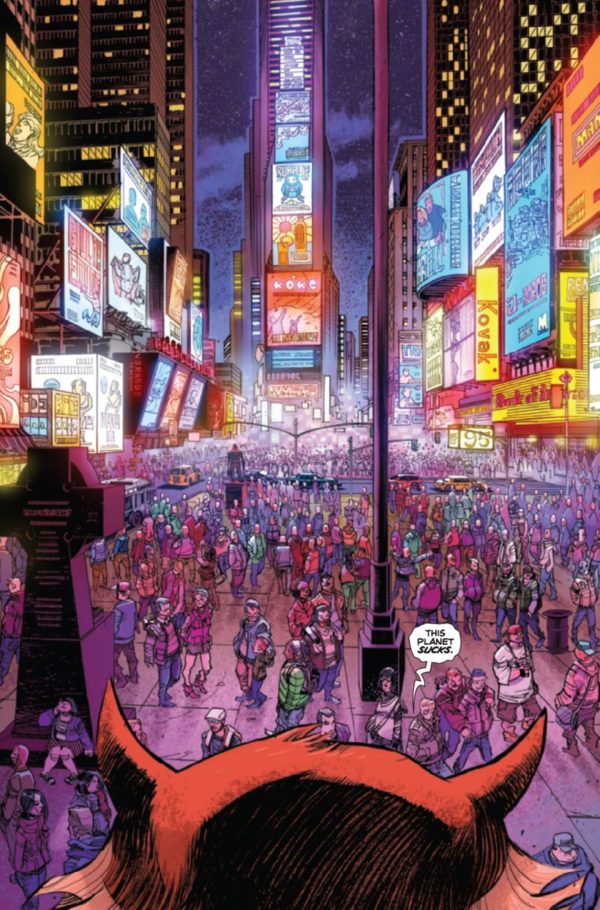 After a run-in with the NYPD destructive enough to warrant a riot squad, Rocket evades arrest with the help of Johnny Storm (AKA Human Torch), who picks him up under the guise of “official Avengers business.” While Johnny Storm offers Rocket a place to stay, saying he’d be an asset to Earth’s roster of heroes, Rocket’s disdain of Earth and general frustration drives him to drink, instead. This leads him to a bar, where he encounters an old friend taking from his weapons trafficking days, who claims he has the connections to get Rocket off of the planet.

READ: Miss the rest of the team? Catch up on Gamora with our review of GAMORA #1!

ROCKET RACCOON has always been fun. Despite all the innovations present in its newest incarnation, fun is the one aspect of the Rocket Raccoon formula to which Rosenberg and co staunchly adhere. Artist Jorge Coelho creates a stylized environment fantastic enough to contain Rocket, but realistic enough to house his desperate anywhere-but-here approach to life on Earth. Paired with the palette of colorist Antonio Fabela, which manages to be both vibrant and gritty, ROCKET RACCOON #1 reads like a Saturday morning cartoon with a splash of late-night and a dash of noir. In other words, the perfect aesthetic to complement the new, snarkier, politico-punk Rocket Raccoon we’ve been treated to, courtesy of Rosenberg. 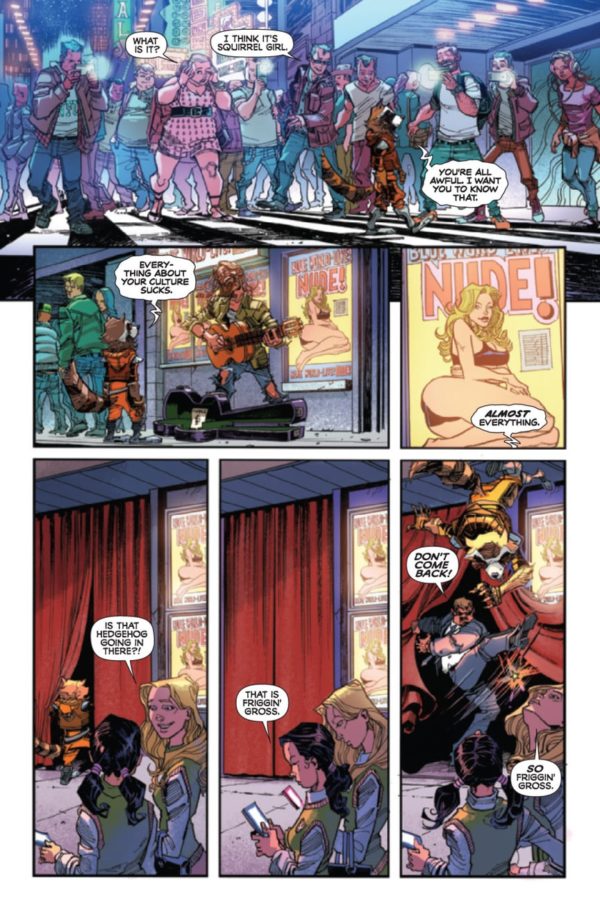 ROCKET RACCOON is dark, political, and violent. Don’t pick it up expecting to find another happy-go-lucky Rocket and Groot jailbreak adventure. It’s certainly not goofy, by any means – unless you consider assaulting a police officer with a cheeseburger ‘goofy,’ in which case, yes, it’s very goofy.  Many thanks to the creative team for giving us our medicine with sugar.