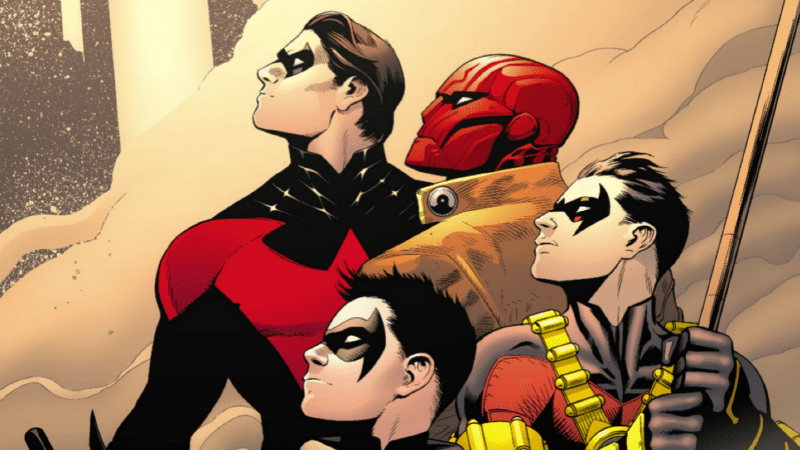 For comic book fans everywhere, Robin has been a household name for many years. He’s an integral part of the DC universe and Batman’s history. When I say the name Robin which interpretation do you really think about, though? There are many who have helmed the title, making it possible to discuss them from different angles.

Generally it all comes down to their overall composition as Bruce’s sidekick. That being said, it can be argued that Dick and Damian are the most iconic ones to use the mantle. So then, how does the Robin of today (Damian Wayne) fair against the classic version (Dick Grayson)? Much like any good story, it should start at the beginning. 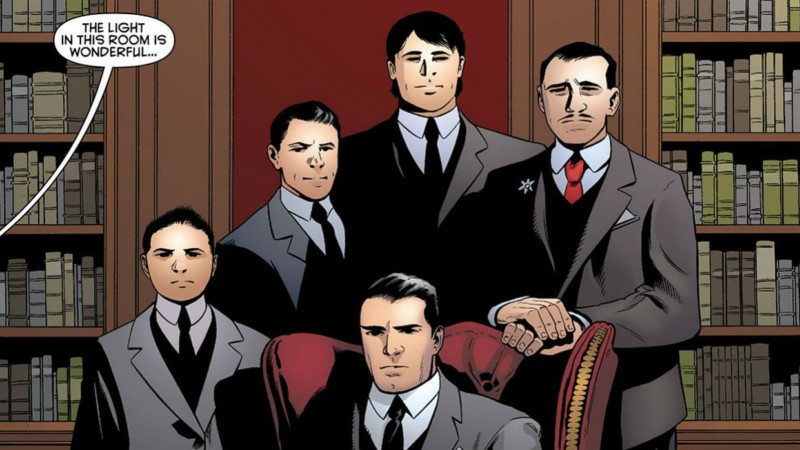 DETECTIVE COMICS #38 was the first time we ever saw Robin in a Batman storyline. In that issue, released in 1940, Dick Grayson was introduced as the youngest member of the “Flying Grayson’s,” a well known family of acrobatic circus performers. His happy family was no more when the mafia killed his parents during a performance by slightly cutting a rope they we’re going to use. After witnessing the death of Dick’s parents, Bruce Wayne took the young boy in as his own. And so the Robin, The Boy Wonder was born.

Dick’s origins are important because part of the reason Bruce took him in was that he relates to what Dick had gone through. They were both orphans who witnessed the death of their parents, and in turn were left with a longing for justice. It only made sense that Bruce would take him under his wing and train him to use his anger for good. From then on Batman and Robin were “the Dynamic Duo”, a pair that would continue fighting for decades.

The Boy Wonder was almost always a boy scout. Personality wise, he was an innately “good” character. Serious at times and focused on justice, but always well-grounded morally. In fact, his selflessness is probably what sets him the most apart from the other Robins. 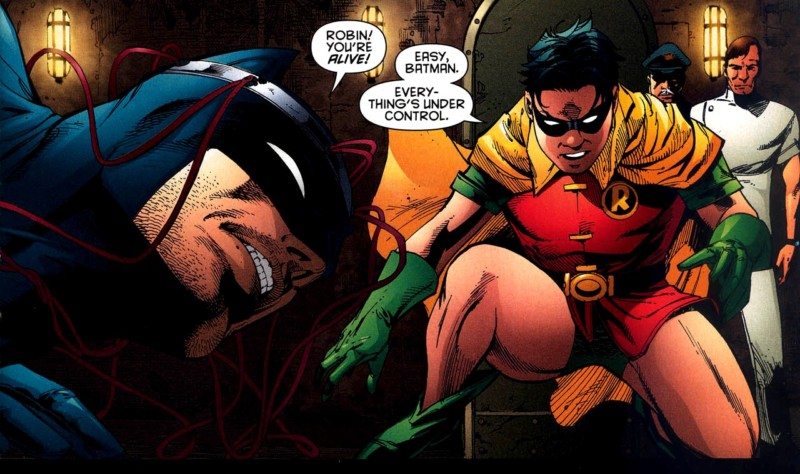 During his time as Nightwing, a now older Dick Grayson uses everything he learned from Bruce as a tool against crime. He proves that Batman can be a great trainer, but that there is still more to learn on his own.

This interpretation of Robin is the blueprint for what a Batman sidekick would be like. Loyal and good-natured to a fault; these traits only work out because he was the first to ever fight side by side with Batman. So then what about someone as troubled as Damian Wayne who is coming after a lineage of Robins?

Damian Wayne’s first appearance was in BATMAN: SON OF THE DEMON, published in 1987, where fans were made aware of Bruce Wayne’s offspring. He wouldn’t make another appearance until 2006 thanks to Grant Morrison’s run with BATMAN AND SON. 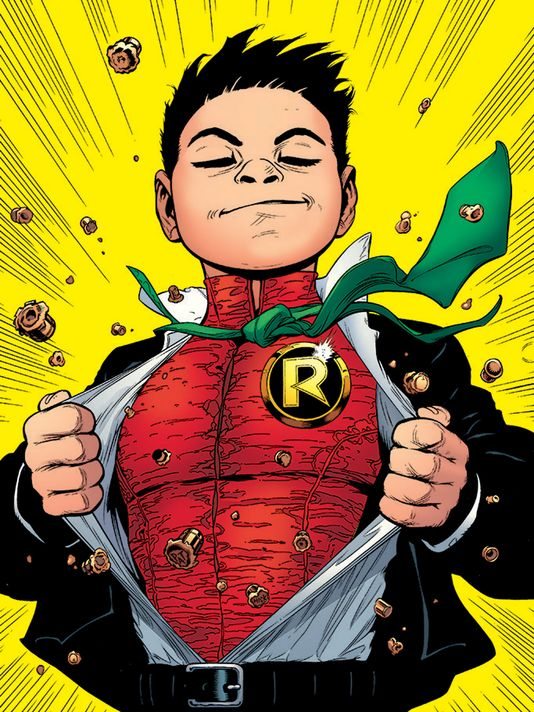 Damian Wayne’s origins are as troubled as they come considering his mother is none other than Talia al Ghul. His mother hid his existence from Bruce for the first ten years of his life. During that time he trained with the League of Assassins, making him a deadly and skilled fighter. Talia then told Damian of his father’s identity and sent him to Bruce, leaving Batman responsible for the young and dangerous child.

It’s noticeable early on that Damian is more skilled than any of the other Robins before him. Of course, one could expect that from a boy who has been training with the League for his entire life. What makes him different early on is the fact that he has no remorse for murder. This, to no surprise, is problematic since Batman doesn’t believe in taking lives. 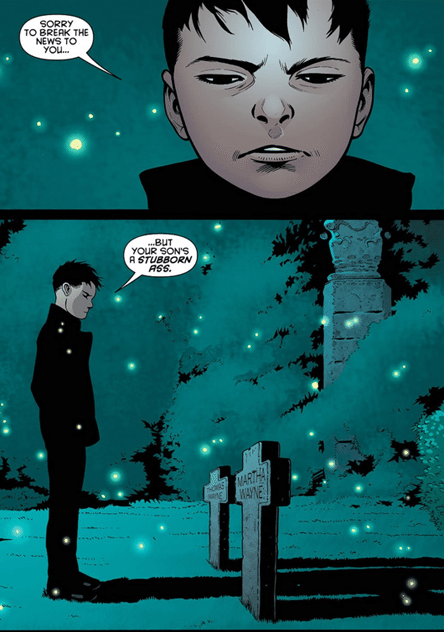 Damian comes off as a bit of a snobby, know-it-all brat. His pretentiousness is warranted, though, due to the fact that his skills can back up the attitude. His high level of training from the League leads him to believe that he’s the perfect sidekick for his father.Damian’s interest in working with his father leads to him becoming the most recent version of Robin in the DCU.

What makes Damian such an interesting character study is the fact that most of his training from Batman is secondary. Unlike those prior to him, Damian was already heavily trained before working with Batman. It’s his moral guidance that differs from the other Robins. He feels the need to kill because it’s what he learned growing up. This leads to heavy inner conflict because he’s pulled by the two morally opposing forces that are his parents.

Both of these characters are great examples of Batman’s partners. So you must be wondering, which one do I think is better? As much as I would love to choose, it’s an impossible question to answer. For starters, Dick is the original. He’s the one who created the legacy of Robin. Yet Damian is the most qualified to fill Dick’s shoes. Regardless, this isn’t about who’s the best. It’s just an analysis of the role. That’s the thing about Robin; different times require different needs. 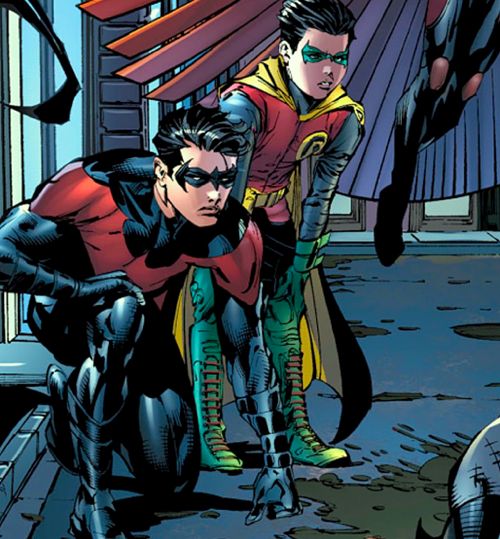 When Dick Grayson was created so that a younger audience could relate to Batman. Many kids had parents overseas in combat, so by making Batman a surrogate father to Dick, he in turn was being a surrogate to the audience through Dick.

This obviously differs from the reason for Damian’s introduction. In the 21st century, Batman needed a different kind of development. His character had already been a master to several wards, but he was only really connected to them through their crime fighting. Damian presented the opportunity of depicting Bruce Wayne/Batman as a father first and a mentor second. We’re able to see how Bruce would raise his son to be a good person instead of a great fighter.

Damian Wayne’s Robin presents a side of Batman that we’re not used to seeing; a side that must not only train, but also nurture. Though it can be said that Bruce raised Dick and the other boys, it’s not really the vibe I got from their relationship. It felt more like he was a long-term co-babysitter with Alfred. 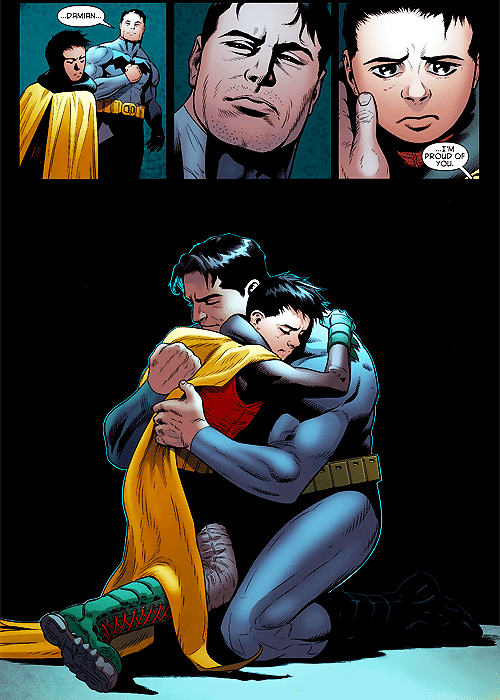 Both Dick and Damian are perfectly developed Robins. Each with their unique origin tailored to push Batman into being a better leader. Makes you wonder, what could possibly come next for Damian’s Robin?

Will we perhaps see a new Robin in the near future? Who’s your favorite Robin and why? Leave a comment below with your thoughts!