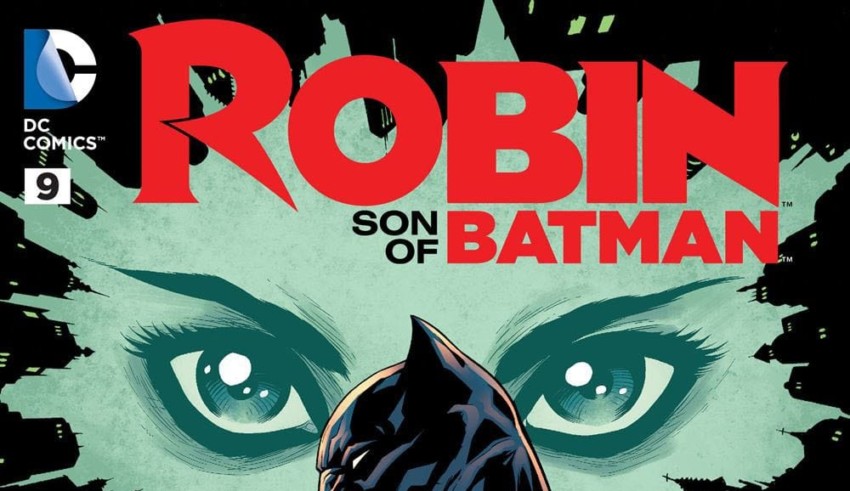 As Damian continues his quest to right the wrongs he did during the year of blood, he makes a pit stop in Gotham. Vowing to protect the city until his father returns, he goes out into the night to hunt down any and all who threaten his home. During his stay his inescapable past continues to catch up with him. Two new villains associated with the original Nobody enter the game and threaten him and someone he cares about. Will Robin ever escape his past? Or is he bound to fight the rest of his life until his last breath? 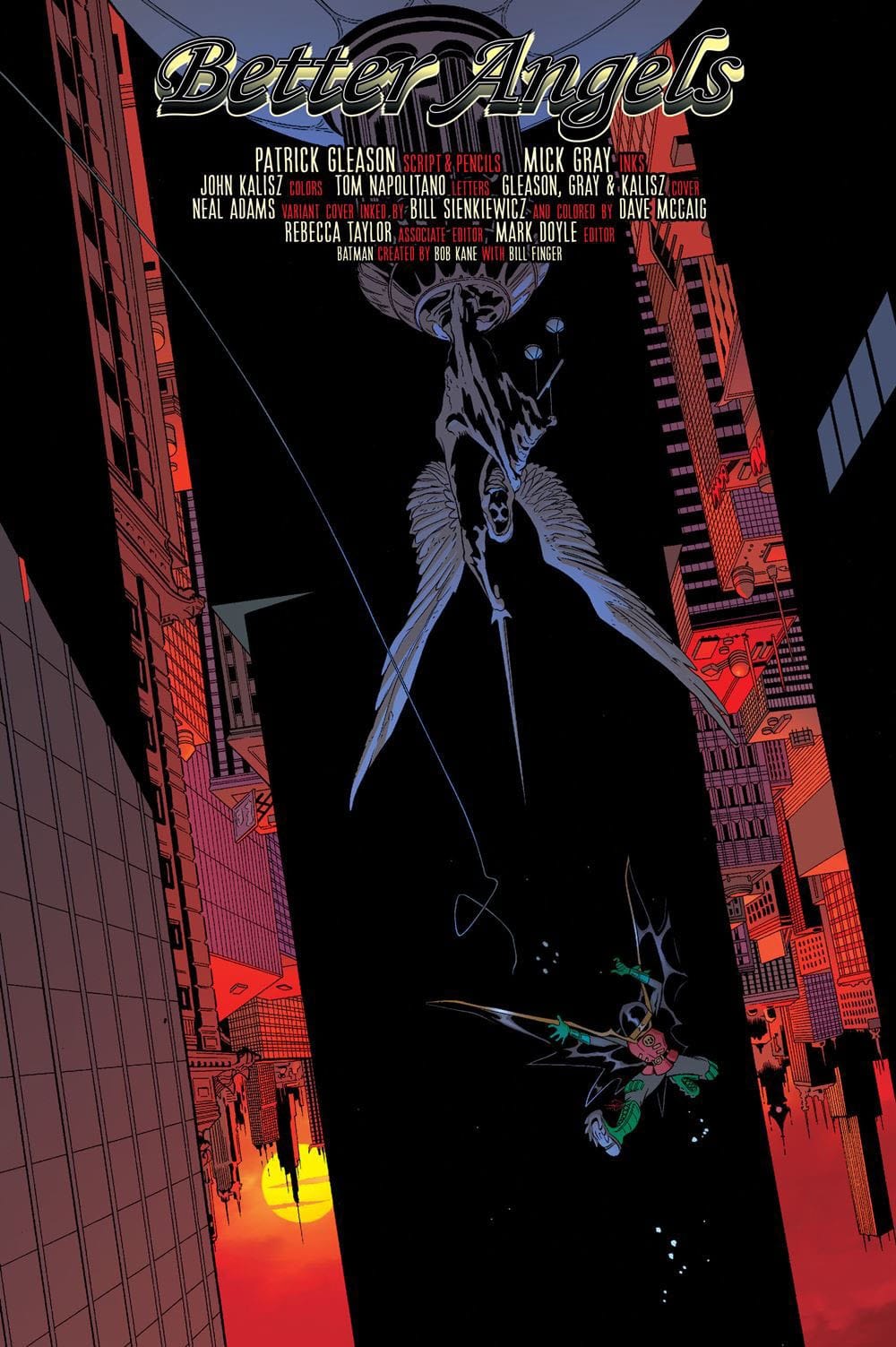 The creative team behind ROBIN: SON OF BATMAN is Patrick Gleason, Mick Gray and John Kalisz. Gleason is the writer and penciler behind this series, and I couldn’t be happier. He writes great stories that fit Damian’s personality and draws him the way he should be drawn, cocky and pretentious. Gray’s inks show Gotham’s dark side throughout the story while Kalisz’s use of dark colors reinforce them to give off that mysterious vibe that Gotham’s known for. This team has been doing a great job, and I really love how Robin has his own series. Eventually, this story will have to end because Batman will eventually return along with the BATMAN AND ROBIN series. The creative team behind that was fantastic too. For now, let’s just sit back and enjoy the ride as much as we can before it ends.

READ: Like Robin? Then check out our review on BATMAN AND ROBIN ETERNAL #1!

There was something very interesting that I noticed about Damian that’s rarely ever been seen before. Feelings for another person. The only people I’ve ever seen him show affection for are Batman, Alfred, Dick Grayson, and Goliath. Who’s the lucky lady that’s stolen Damian’s heart? Maya Ducard, Nobody’s daughter. You know, the guy that Damian killed by literally poking two fingers through his head. You wonder how Maya could ever forgive Robin for doing that to her father. They haven’t known each other that long, but she seems to have rubbed off on him. Maybe it’s because she’s as tough as him. After all, she did punch him square in the face, knocking his front tooth out. This would be the first love interest for our young Robin. But I digress. These feelings that he’s now having for Maya could bring out the worst in him. If she were to get hurt, or worse, killed, then Damian would go berserk. He was raised by the Al Ghuls after all. 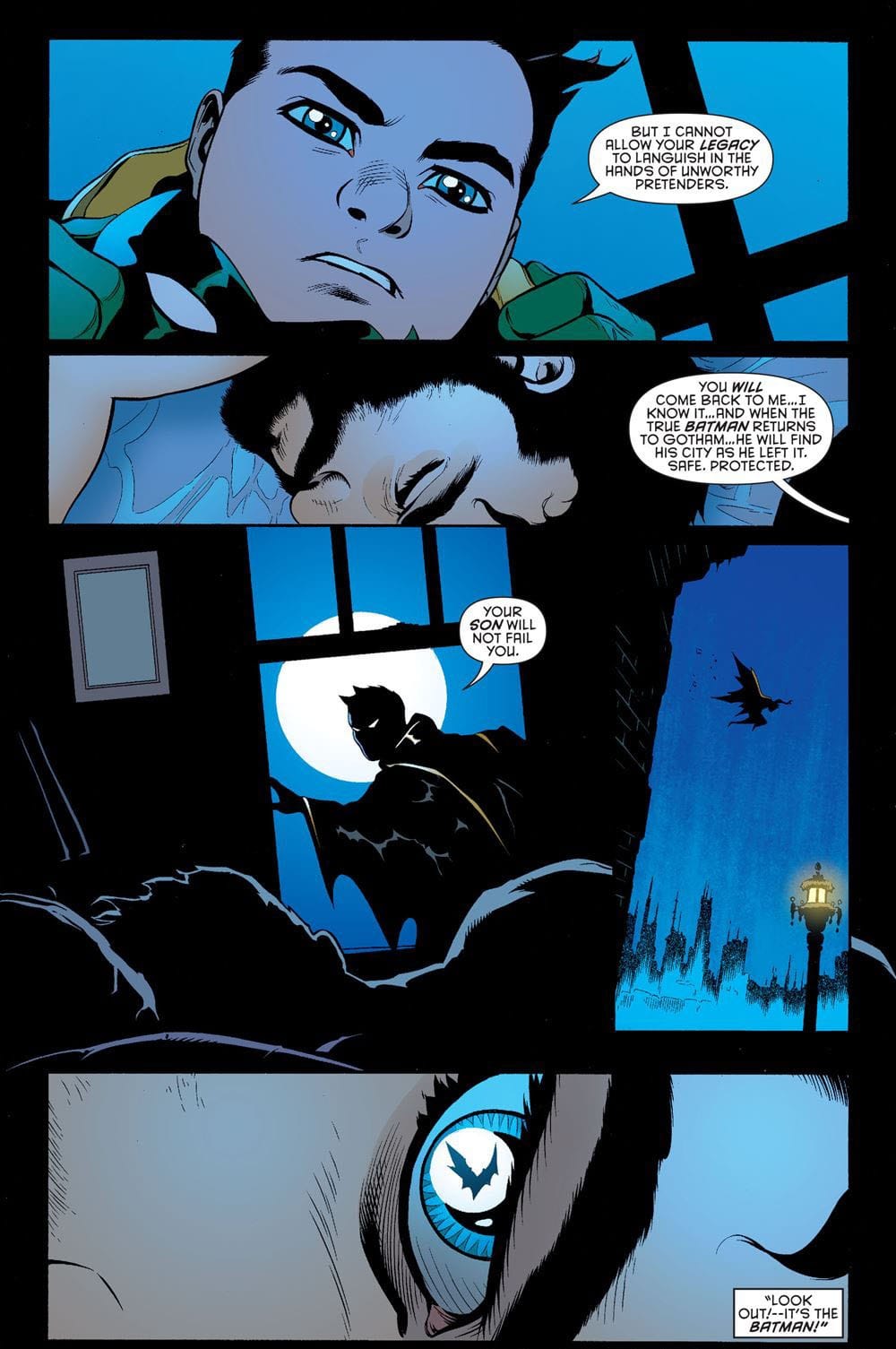 What’s important in this issue is that were seeing two new players in the game. Without giving away too much information, I’ll refer to them as Nobody’s nobodies, since they’re associated with him. These two pose as a major threat to not only Robin but Maya as well. Damian is confident though that she can take care of herself. In the meantime he must uphold his father’s mantle and protect Gotham until his return.

LISTEN: Want to learn more about the Robins? Then check out our podcast on THE ORIGIN OF BATMAN’S RED HOOD!

For those of you who read the main BATMAN series by Scott Snyder and Greg Capullo, you know that Bruce Wayne will be returning sooner than later. What does that mean for this series? Well, for starters, it will most likely bring back THE BATMAN AND ROBIN series. This series is only up to issue 9 though. Will it drag over into BATMAN AND ROBIN? Or will this series play out a bit longer until the year of blood comes to an end? Let us know in the comments below!