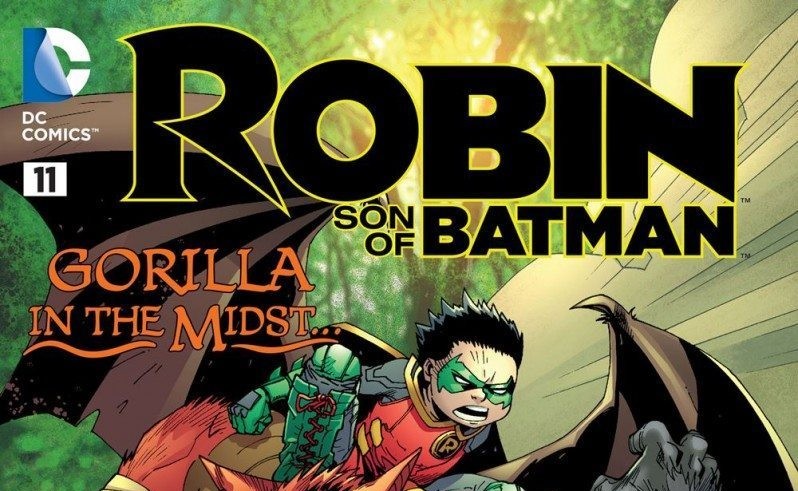 As the Lu’un Darga continue to undo everything Damian has tried to correct from before he became a Robin, Talia continues to keep Maya hostage, believing her to be working for the Lu’un Darga. The leader of this mysterious group is Suren Darga. His goal is to resurrect his family by returning all of the items that Damian was tasked to steal when his grandfather, Ra’s Al Ghul, put him through a test called the Year Of Blood. On top of all that, Batman’s back! Will Damian be able to stop Suren Darga from resurrecting his family and taking over the world? Can Batman and Talia put aside their differences and work together for the sake of their son? This is one issue of ROBIN SON OF BATMAN that you won’t want to miss! 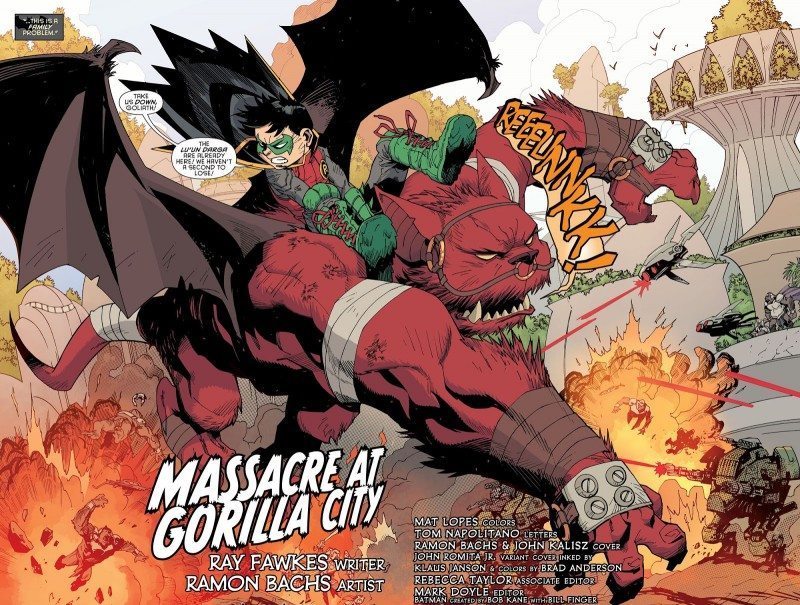 Our story starts off with Damian tracking down Suren Darga to Gorilla City. Knowing Suren’s intentions, he rushes off after him. Meanwhile, Talia trails behind Damian with Maya in hand. Intent on proving to him that she’s working with the Lu’un Darga, Talia wants nothing more than for her son to love her again, which she had lost long ago, but that’s a story for another time. Little do all of these characters know that Batman is back, and he’s not too far behind. A family reunion is on the horizon, but these three haven’t stood side by side in a long time. This is due mostly to the fact that Talia killed her son a few years ago and has always been getting in the way of Batman’s one-man crusade on Gotham. But I digress. 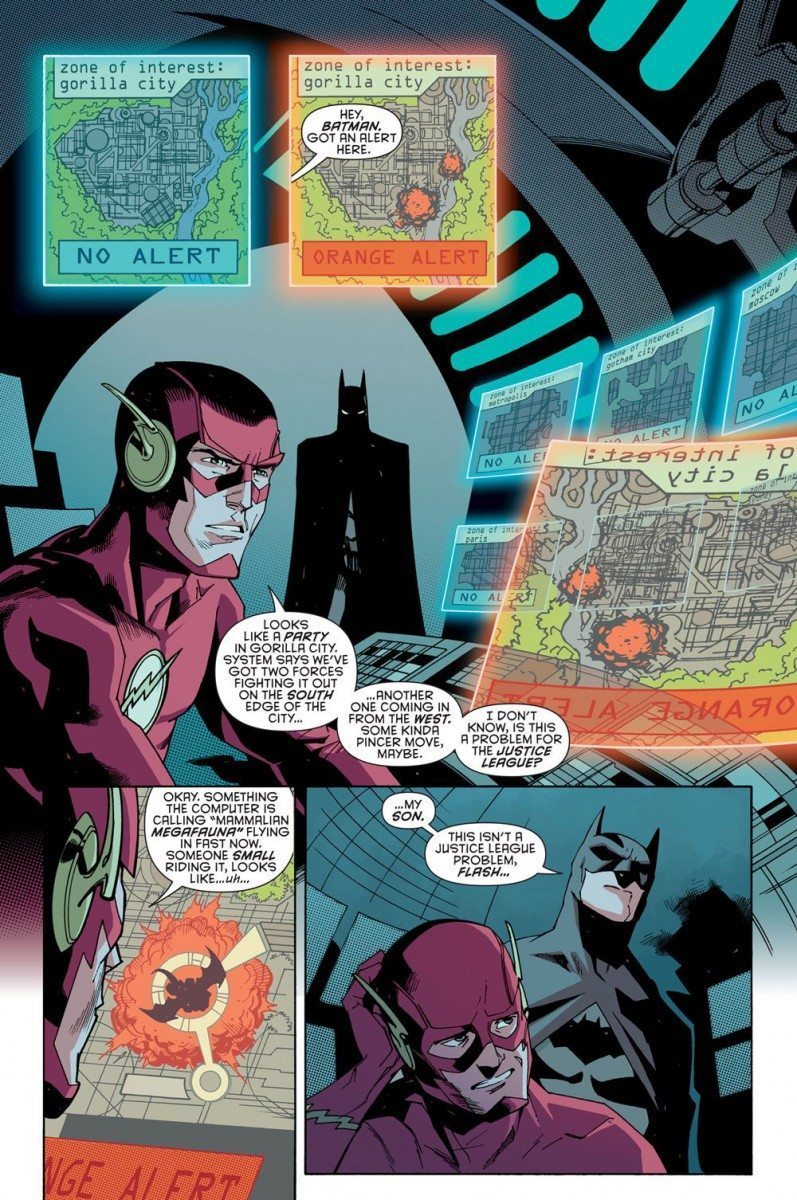 For those of you who don’t know of the Year Of Blood, it was a test that Ra’s Al Ghul put Damian through as a young child in order to prove himself worthy of ruling the world by Ra’s’ side. This test had Damian travel the world to steal rare and mystical artifacts that held an immense amount of power. Years later, though, when Damian became Robin, he had left Gotham to try and right his wrongs by returning all of the artifacts. Little did he know, Ra’s had him steal these artifacts not just as a test, but also as a necessity. With the artifacts missing from their respective homes, the Al Ghuls’ oldest rivals and greatest enemies, the Lu’un Darga, would disappear from this earth. Not knowing this, Damian had returned most of the artifacts, resurrecting the leader of the Lu’un Darga, Suren Darga. Now, Damian travels the globe trying to stay one step ahead of Suren, hoping to cut him off and end him once and for all.

READ: Check out issue 9 of ROBIN SON OF BATMAN!

Last issue, Ray Fawkes, writer on JUSTICE LEAGUE DARK, CONSTANTINE and BATMAN ETERNAL, took over as writer for this comic from Patrick Gleason. I really enjoyed Gleason’s run and had wished he would of stayed on the series. That’s not to say that Fawkes isn’t doing a good job. Fawkes has been able to keep the story rolling, but I can’t help but feel that something is missing. When Gleason worked on the series, he really had me drawn in. I couldn’t wait until the next issue of ROBIN SON OF BATMAN. With Fawkes, that’s not the case. Fawkes lacks the uncertainty of what will happen next in this story. While reading, I was always able to predict what would happen next. All in all, I miss Gleason, but am still able to get by with Fawkes on deck.

READ: Is Damian Wayne your favorite Robin? Then learn more about him right here!

I have the same issue with the art as I did the writing. When Fawkes had taken over on issue #9, the series also got a new artist. Ramon Bachs, artist on BATMAN DETECTIVE COMICS (pre 52), AZRAEL and RED ROBIN. Bachs’ art is similar to the former artist of this series, Mick Gray. But, Bachs’ art comes off just a little too cartoony for my taste. His work is similar to something you would see in the funnies section of the Sunday paper. Some panels are better than others, but his illustrations manage to get by for the time being. I think his problem lies with drawing simple panels. By this I mean panels where a character may be standing, talking to someone. That’s when his art looks cartoony. When his characters are in motion though, it looks as if another artist is drawing the panels. Overall, Bachs isn’t bad; he’s just not to my tasting. On the other hand, I’m going to miss Gray’s art.

My overall thoughts on this comic were that while it was okay, I was kind of expecting a little more. With DC’s soft reboot of the franchise only a month away, I guesstimate that there will probably be about 1 or 2 more issues left in the ROBIN SON OF BATMAN series. Tell us your thoughts on these writers and artists. Did you like this issue? Did you find any problems with it? Let us know in the comments below!