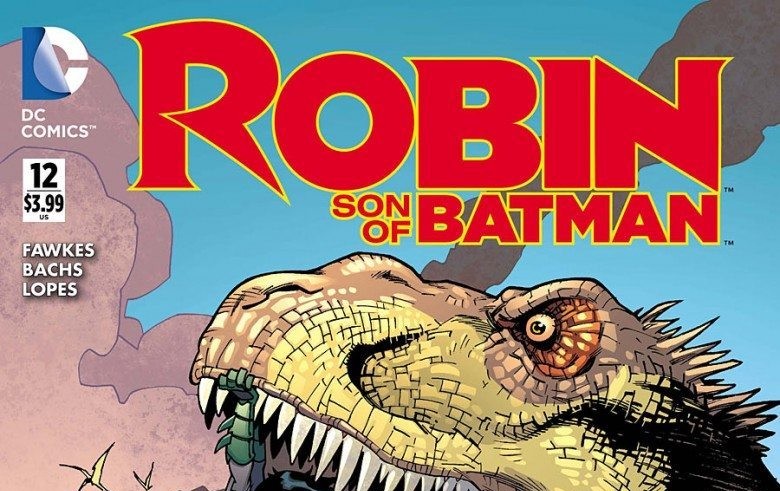 As DC inches closer and closer to Rebirth, their titles continue to wrap up their on-going storylines as best as they can. In the case of ROBIN: SON OF BATMAN, this leads to an adventure on Dinosaur Island to prevent a world-ending magical event.

READ: Catch up on ROBIN: SON OF BATMAN with our review of #11 here.

The issue begins with Robin and his parents, Batman and Talia Al Ghul, discovering Maya with an arrow in her back. They initially fear the worst, but she turns out to be alive. Batman stays behind to tend to her wound while mother and son fly off on Goliath (a demon-beast like creature) to prevent Suren Dagra from bringing his father Den back to life and destroying the world. After breaching the family’s ancient volcano hideout, Robin engages him in a fierce battle while Talia and eventually Batman and Maya battle various monsters around them. 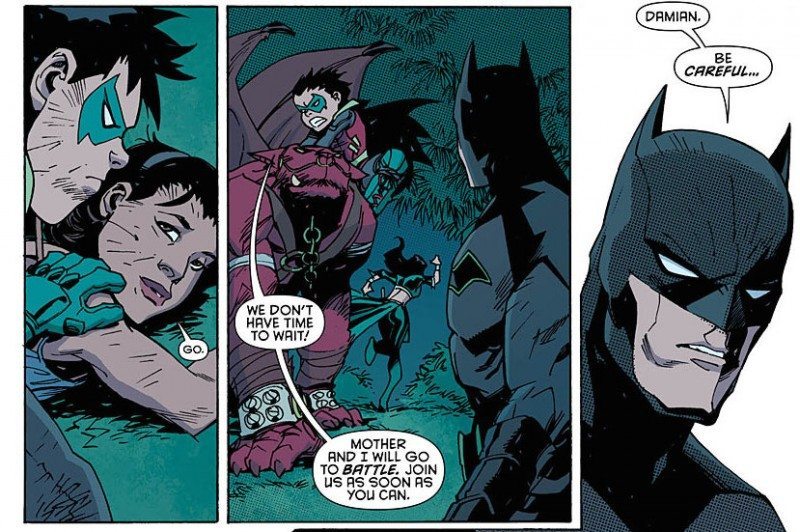 The battle comes to a stalemate, so Robin stops fighting and begins talking. He tells Suren that they have a lot in common, and eventually convinces him that his father is simply using him to return from the grave. This leads to Suren shutting down the spell and Damien punching him out after he does so. Later, Talia says that she’s taking Suren to a League of Assassins prison; however Damien and Maya have other ideas, ending the issue with a cliffhanger setup for next month’s finale.

READ: Take a look at how Robin’s friends in GOTHAM ACADEMY finished up before Rebirth.

ROBIN: SON OF BATMAN #12 feels like total filler. I mean that as no disrespect to writer Ray Fawkes and artist Ramon Bachs, but there’s nothing truly memorable about the issue. It’s just standard “heroes with differences come together to save the world” fare, with almost nothing to distinguish it from innumerable other comics that have used the same basic plot. Their story also had no stakes, as the nature of the threat facing the world was never made clear. We simply have a villain saying he’s going to destroy the world right up until he decides not to. Even the twist at the end of the issue leaves much to be desired, as it comes totally out of left field and Robin’s actions don’t mesh with his characterization on the previous twenty or so. 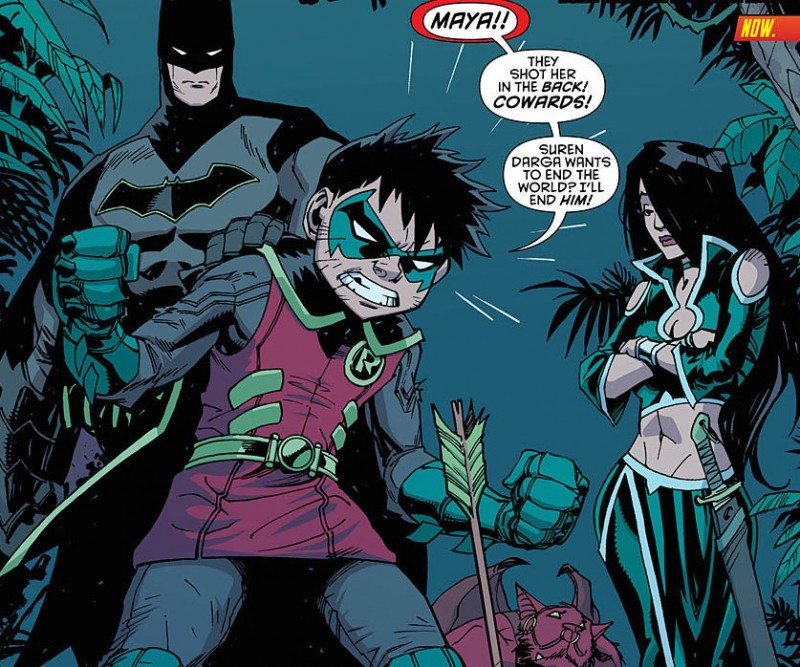 Characterization-wise, it fared slightly better. Fawkes demonstrated his good understanding of the Talia/Bruce/Damian family dynamic by having the former two constantly squabbling about the proper way to raise Damian, while he simply brushes off their bickering. I also must say I did enjoy the fake out scene where Damian seems to be bonding with the villain, only to knock him unconscious seconds later. I liked this little window into how manipulative Damian can be. He said everything he knew Den wanted to hear, got him to stop the spell, then promptly incapacitated him while he was distracted. Also, from a narrative standpoint it totally circumvented the “hero relates to villain and talks him down” trope.

From an art standpoint, though there’s nothing particularly wrong with Bachs’ technically-sound and consistent work, I can’t help but feel like it’s not suited for this type of chaotic, explosion-filled story. His compact, tight action art style would work much better in the urban setting Robin is usually found in than a magical jungle. 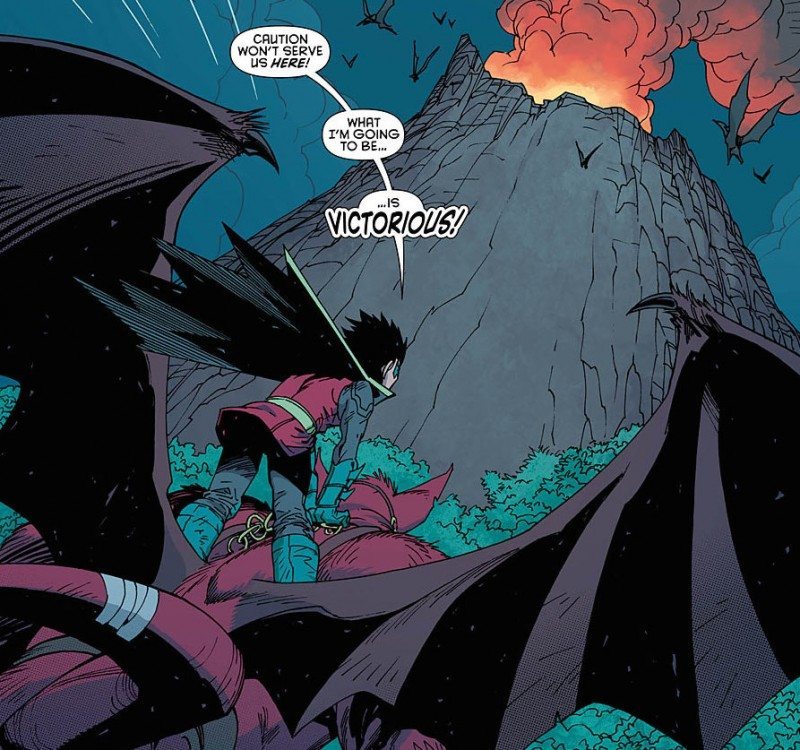 Overall, ROBIN: SON OF BATMAN #12 feels like a filler issue that’s just counting down the proverbial ticks of the clock until Rebirth launches. I’d recommend it to anyone who’s a big fan of the Damian Wayne/Talia Al Ghul relationship, but frankly no one else.