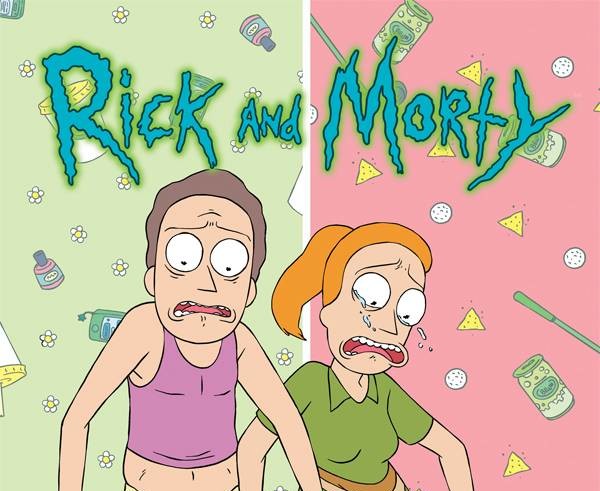 The RICK AND MORTY comic, published by Oni Press, just came off a very strong 10-issue-run with writer Zac Gorman. He explored a bunch of narratives, including an arc with an Evil Dictator Morty, a Scary Terry adventure, and a Ball Fondlers vignette. As issue 11 rolls in, a new scribe, Pamela Ribon, takes over with her own RICK AND MORTY universe, at least until Tom Fowler’s run starts in issue 12.

READ: Missed out on the last issue of RICK AND MORTY? Check out our review of issue #10!

So, how does Ribon approach Rick Sanchez and the Smith family? This issue has a different vibe. The plot and characters remain faithful to the source material, but a different mind creates new wrinkles, ideas, aspects, and so forth. It’s kind of reminiscent of how even the television show’s atmosphere changed from the pilot to just the second episode. When more people get involved, the characters get new elements added to them. Unique people have alternative perspectives, and that happens here for Pamela. It’s not a bad thing; however, it does take a little adjustment and realization that’s she’s not going to be an exact copy of Zac Gorman’s work. Neither will Tom Fowler. 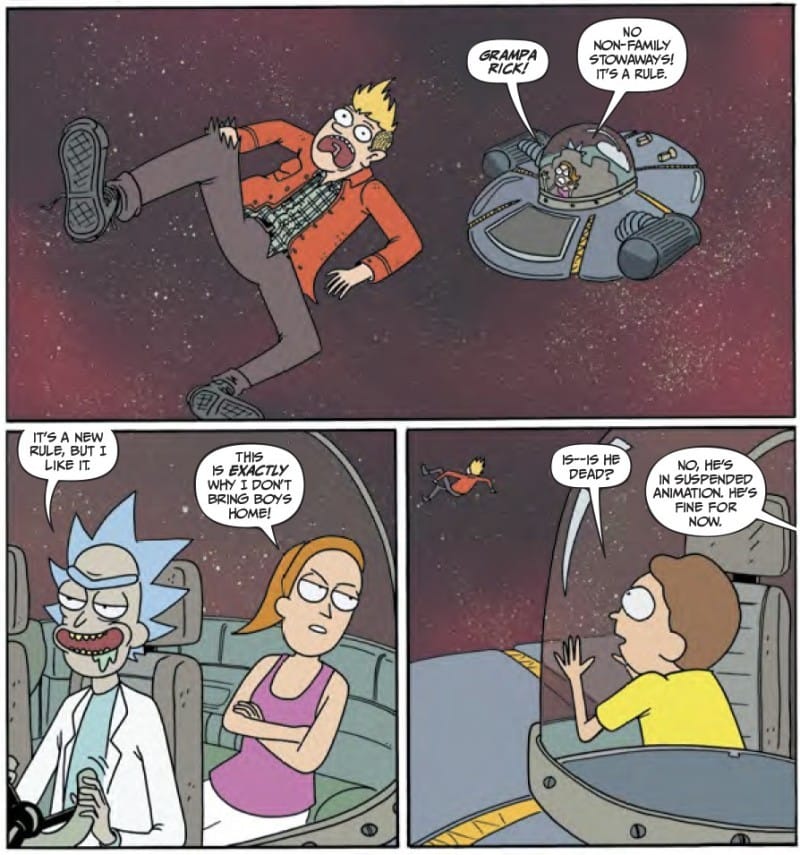 The plot of issue #11 has two well-developed story lines: one centers on Rick and Morty and the other deals with Summer and Jerry.  At first, due to various sleep induced mishaps, the characters are all in Rick’s spaceship together, including Summer’s boyfriend. This wasn’t something Rick planned, so he ejects Summer’s boyfriend and proceeds to abandon Summer and Jerry shortly after. Rick’s only goal was to make Morty a man, which consists of drugging him, and then putting him in a Blips and Chitz style virtual reality of Ricks “real life high school.” Meanwhile, Jerry presses a button that mind-switches him with Summer, FREAKY FRIDAY style.

READ: An all-encompassing look at RICK AND MORTY: Excellence Among Mediums!

As those two plots slowly converge, the characters become more fleshed out. This is where Pamela’s new vibe comes into fruition. Rick is as cruel and manipulative as ever. He puts Morty in asinine life-threatening situations, but it’s oddly coming from the heart. It’s his way of making Morty better. Rick seems to be more optimistic and more willing to give humorous one-liners instead of the pessimistic, existential material he usually burps up. Morty is spineless and calls Rick “Grandpa” way more often then I’ve seen him, which makes me believe their relationship is a little different from the television universe. Perhaps Rick never left this Smith family in this dimension. If I had to compare the characters to one episode, I’d have to say it’s more similar to the pilot than anything else. 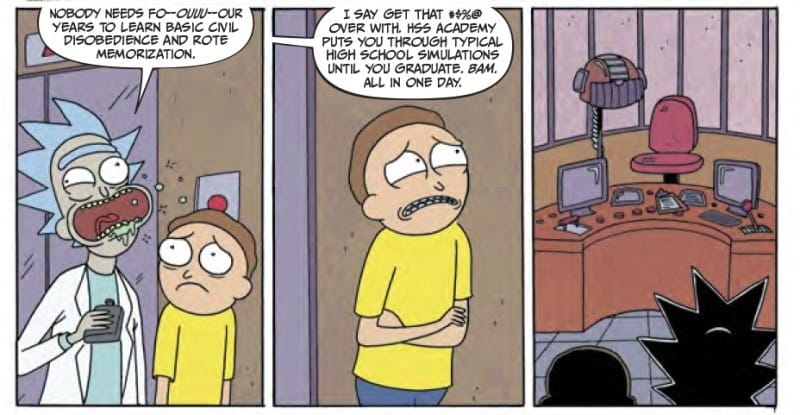 The artwork, done by Marc Ellerby, who has been a constant on RICK AND MORTY titles, keeps the issue at status quo. The characters, aliens, and spaceship are all on par with previous books and the show itself. There is no drop-off or dramatic change in style. Basically, it remains good stuff.

RICK AND MORTY #11 is an issue with a different perspective and, therefore, a slightly different interpretation. That shouldn’t discourage anyone to pick this up. Pamela Ribon still creates a fun adventure with plenty of laughs and imaginative situations.