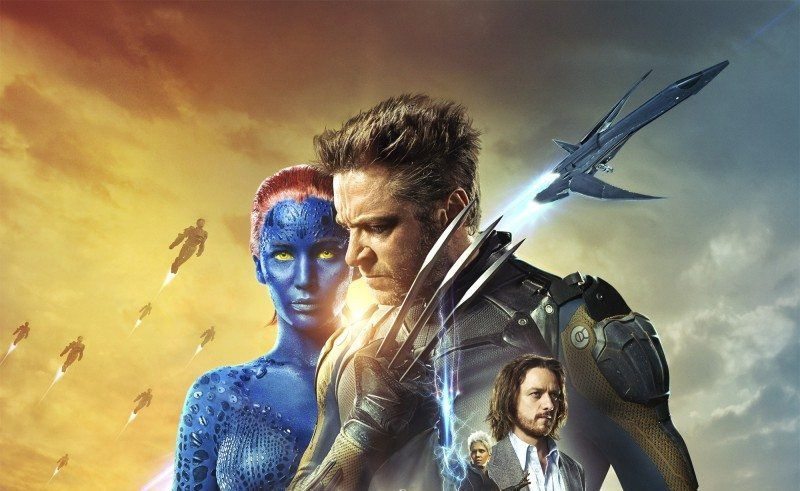 X-MEN: DAYS OF FUTURE PAST was director Bryan Singer’s triumphant return to the X-MEN franchise he helped start back in 2000, featuring a mix of new and old cast members. It was a box office smash and critical success that somehow managed to pull off ret-conning the entire X-Men cinematic universe. Is it still good a few years later against the backdrop of so many other superhero films, or has its impact been forgotten? Let’s find out.

READ: Love the X-Men films? Check out our revisit of FIRST CLASS!

To say there was a ton of hype for this movie at the time of its release would be an understatement. From its glorious first trailer, fans were anticipating seeing some of their favorite characters from the original X-films on screen with the new characters from FIRST CLASS. Having Bryan Singer back at the helm was only the icing on the cake. When I saw it opening night, I was giddy in my seat as it started to play. By the end, I was fulfilled with what I had seen but was disappointed by how much I didn’t love it. I thought the parts in the past were boring, and its overall political message was a little too much on the nose. However, after rewatching it just a few nights ago for the first time in almost two years, I was thrilled to find how much fun I was having and by the end of it, I was left thinking it could possibly be one of my favorite superhero films ever. 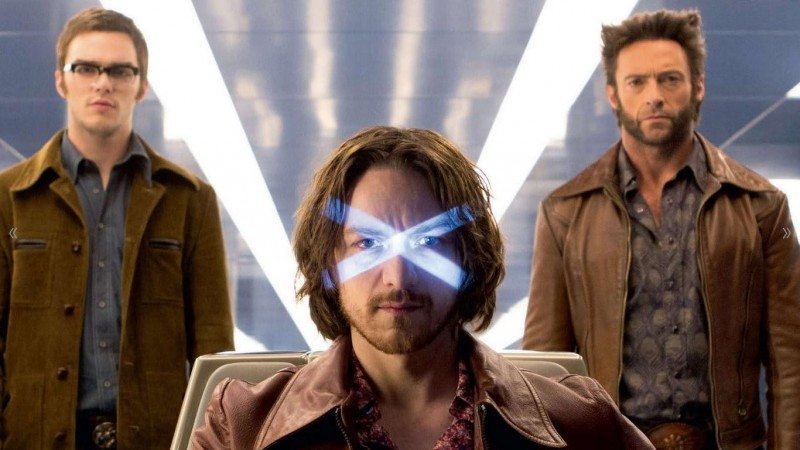 While watching the film, I was bracing myself to be bored in parts, recalling how I felt when watching scenes of political turmoil in the 1970’s. Instead, I loved every second. It was as if I had forgotten superhero films could tap into adult themes like racism and discrimination. Perhaps this was caused by an over-saturation of the market, filled with films that rarely make statements or carry adult themes in favor of being family friendly and overly lighthearted. X-Men films, like the comics, deserve to be applauded for the way they represent a minority forced with the struggle to either attack their oppressors or conform to a society that hates them. The triangle between Professor X, Magneto, and Mystique in this film carries this theme throughout the entire story, up until the bittersweet and insanely epic climax.

One thing that struck me as I was watching the film was how outstanding the cinematography was. So many of the shots were just plain beautiful and each era the film covered had its own unique aesthetic. Most superhero films (like Marvel’s) play it safe with the camera and their films often look like expensive TV shows. DC’s are so dark and gray that they make Superman’s outfit look like he’s an Oakland Raider. DAYS OF FUTURE PAST isn’t afraid to be cinematic. It also helps that the set design was drop-dead gorgeous. I mean, whoever’s idea it was to have the film’s future-sequences take place in a room lit with rainbow-colored windows deserves a raise. Scenes like that genuinely FELT like the X-Men. As a matter of fact, the whole film feels like it was a comic book onscreen while still striking a balance between panel and projection. More superhero films should look to this movie as a basis for how a comic book movie can be shot in a cinematic way while retaining its comic book colorfulness and fun.

After watching them almost back to back, I can see that DAYS OF FUTURE PAST looked at the few mistakes that FIRST CLASS made and built upon them. The score is subtle, yet strong. It elevates the tension in so many scenes without being overbearing, and the few instances where it builds up and uses the original score for X2 are absolute dynamite.  It also really feels like a period piece. The parts that take place in the 1970s feel like the 1970s, all the way from the score and costumes to the shots that appear to be filmed on an old Super 8 camera.

Everyone recalls the movie’s stellar Quicksilver sequence, in which he takes out a room full of gunmen in slow motion while jamming to Jim Groce’s Time in a Bottle. However, I was surprised by how I thought this was only the second best scene in the film. In typical X-Men fashion, Professor X and Magneto get into an argument on an airplane about each other’s roles in the war against humanity. However, DAYS OF FUTURE PAST does a fantastic job of using every tool in its cinematic arsenal to make it feel real. Eric screams at Charles, questioning his methods and asking where he was when mutants were being murdered. The plane also caves in on itself due to Magneto’s anger, the score builds and builds, and the editing is so frantic and fast-paced that it almost takes viewers’ breath away. It was moments like these that made me take a step back and almost literally say “woah.”

Watching this film after having nearly half a dozen superhero movies come out per year is incredibly refreshing. The chances it takes and choices it makes are vastly different than anything in any other superhero film. It somehow manages to include so many characters yet never feels bogged down like, say, AGE OF ULTRON or DAWN OF JUSTICE did. It tip-toes over its characters just enough so that they all feel important without bogging the main plot down. For example, glimpses of the relationship between Kitty and Iceman add emotional weight to the future sequences while Bishop simply giving orders instantly adds backstory as to how long this team has been fighting together without feeling overly expository. Action sequences featuring almost six different sets of powers don’t feel like it’s one hero one-upping the next but rather highlight how well a team can and should work together after they’ve been fighting together for so long. So many superhero films only move from one character to the next, rarely showing their powers working together. It’s astonishing that this movie does is so well that we almost don’t even question it.

Time will tell if DAYS OF FUTURE PAST will have a great impact on the landscape of superhero films. If directors and studios are smart, they will look to it as proof that a film can not only juggle over a dozen characters but also multiple timelines and still have its plot feel streamlined and meaningful. Perhaps if studios were less concerned with setting up sequels and more concerned about the characters on screen, all of them would be this great. X-Men films are still being made over fifteen years later because they dedicate themselves not only to characters but also to themes that reflect the current day and age, just like the comics they are based on have been for over fifty years. If this film is any indication of the knowledge and skill of everyone behind it, then APOCALYPSE will surely be a hell of a ride. Hopefully, the rest of the industry take a page from Fox’s playbook and attempt to make their films meaningful rather than bankable.