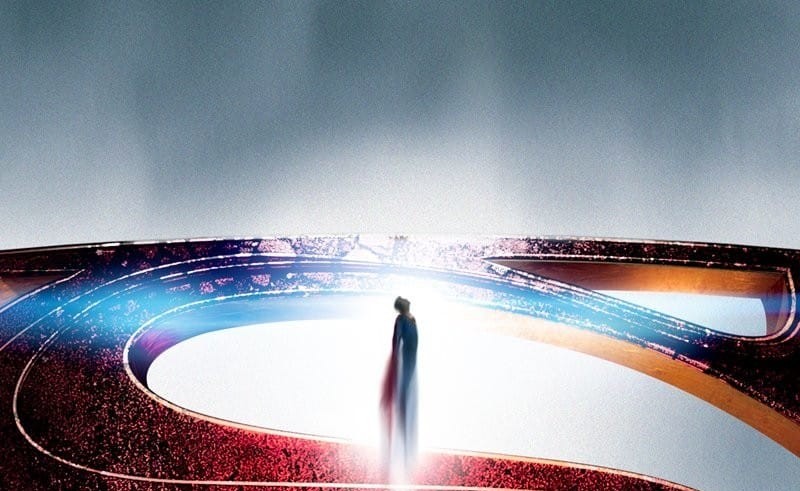 With BATMAN VS SUPERMAN: DAWN OF JUSTICE merely months away, I decided (after much hesitance) to rewatch MAN OF STEEL. I had watched it in the cinema, hoping for a great SUPERMAN movie. Once the film ended, and the cinema lights came back on, I sat there, wondering what I had just watched. That’s not Superman! Why is he frowning all the time? Did he just snap some guy’s neck? The Kents must be the worst parents he could have been found by.

READ: The Kents discover that their son can fly in SUPERMAN: AMERICAN ALIEN!

For me, Superman was always about hope. About being the best you can be. I could not see one glimmer of it throughout the movie. If CAPTAIN AMERICA: THE FIRST AVENGER can sell you on the premise of a guy who basically wears the American flag as a costume, why couldn’t MAN OF STEEL? And what’s the embarrassment of calling him Superman? That’s his name, isn’t it?

Let’s just say, I do not think kindly of that experience. And, as a huge fan of Batman, I wasn’t looking forward to BATMAN VS SUPERMAN either. Everything seems grim and bleak. Aren’t heroes supposed to stand out against the darkness?

So with some downtime over Christmas, one of TV channels was airing MAN OF STEEL, so I set it to record it. Everytime I went through my planner, that film stared at me with steely resolve. “Watch me,” it said, “Get it over with.” And so, on a dark January evening, I did.

I was genuinely surprised. The exposition on Krypton that I found so grating on the first view gripped my attention despite the overuse of visual effects. Jor El’s death was a shocking and sad moment, as was Lara as she faced the destruction of her planet without her husband or son by her side.

The evolution of Clark as a character was a bit choppy, and the Kents felt like a strange couple. Jonathan offered advice which could be bordered on concerning. His ‘maybe’ when asked if Clark should have let a schoolbus of kids drown raises an eyebrow. He is clearly concerned and worried for his son’s well-being, and that is relatable. Martha doesn’t really speak up until after Jonathan’s demise. When she does, it sounds like she’s trying to give Clark the optimistic advice that her husband should have, and seems almost like she’s trying to retcon Jonathan’s memory.  But the Kents are supposed to be a key ingredient on Clark’s role in the world, and why he becomes Superman.  Even Jonathan’s death seemed cruel. A twister bears down upon him, and he stops Clark from saving him. Clark carries that weight around with him, even saying he ‘let’ his father die, which is clearly not true.

Despite that, Clark’s discovery of his abilities and his worldview feels more natural, as it’s built over the course of the film. He doesn’t become a hero because he’s inspired to be, he becomes one because he needs it. He has this power and it must be used for good. There are times when you watch Henry Cavill and his performance weighs between downtrodden, world-weary, and hopeful. He sees wrong and he rights it. It’s who he is; it’s in his DNA, and he has got to let it out. Even when he is presented with his suit by his ‘father’, there is no hesitance; he embraces it, finally letting down the shackles of a life where he was called a freak, and soars through the sky. Anyone else could have become a supervillain at this stage of their life, but this fuels Clark. He bears his family emblem, a symbol of hope, the familiar ‘S,’ proudly as he leaps and bounds and eventually flies.

There are also moments in his conversations with Lois where you can see that smile that offers hope as he assures her all will be well. This is a glimmer of the Superman yet to come.

The fights are tough to watch. There is violence that does not hold back as he takes on the Kryptonians, and finally Zod. He gets punched and head kicked, and thrown around, and yet he keeps fighting. Even the controversial scene where he breaks Zod’s neck does make sense within the context of the film (maybe not as in-your-face, but remember that in SUPERMAN 2 he kills Zod, Ursa and Non). He makes decisions that others cannot make, and he takes ownership of them.

The most interesting thing about MAN OF STEEL is the fact that there does not seem to be a distinction between Clark and Superman. The bespectacled Clark we meet at the end is the first time we see him really hiding amongst humanity. The whole film is really about Clark Kent and who he becomes, not shifting between two identities.

Snyder’s direction is a bit hectic and too much at times. You don’t get much time to breath, and when you do, it’s to take great big gulps of air before you are bombasted by another action scene. Amy Adams plays a fine Lois Lane, but nothing particularly special. She doesn’t seem like the ‘plucky’ reporter that we know, but that could come with time.

Despite his limited screen time, the best performance by far outside of Cavill’s was Laurence Fishburne as Perry White. A tough but fair boss, he held gravitas in whatever scene he’s in. That moment when he realises he’s going to die, and holds his female colleague’s hand as she’s buried beneath the rubble of Metropolis is truly heart-breaking, until the last minute Super Save.

As the credits rolled, and Han Zimmer’s score (which is still playing in my head) filled the room, I realised I quite enjoyed it, despite its flaws. The embers of Superman are there, they just need to be fanned into flame. And I hope, despite the focus on Affleck in BATMAN V SUPERMAN, that we get another layer of that superhero that makes us want to be better people. A hero that offers hope and a kind word, even while he soars into the sky.

I hope we get SUPERMAN.

READ: What makes Superman endure? Read our in-depth analysis of the history of the Man of Steel!