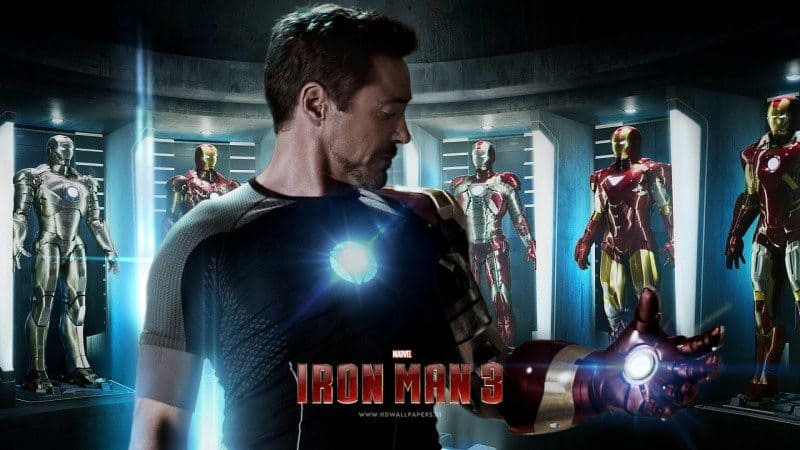 When Avengers broke records around the world, it solidified the Marvel name as one of the biggest in entertainment.  Many said that Iron Man 3 couldn’t live up to the box office reception of The Avengers’ $1.5 billion, but instead, Marvel managed to break $1 billion for the second time.  Iron Man 3 brought us to the more human side of Tony Stark, and showed the world that Marvel’s Cinematic Universe continued beyond The Avengers…

A famous man once said, ‘We create our own demons.’ Who said that? What does that even mean? Doesn’t matter. I said it ’cause he said it.

The Comic Inspiration of Iron Man 3

Iron Man 3 introduced us to Iron Patriot, Advanced Idea Mechanics, Aldritch Killian, The Mandarin, and Extremis.  While all of these ideas have come from the comics, they’re all very different from the source material.  Iron Patriot, in the comics, was originally Norman Osborne.  Eventually, it did become James Rhodes, and that’s the version we have in the movie.  A.I.M. first appeared in Strange Tales #146 in 1966, while the Extremis tech’s source material was more recent, in 2005’s Iron Man: Extremis storyline. 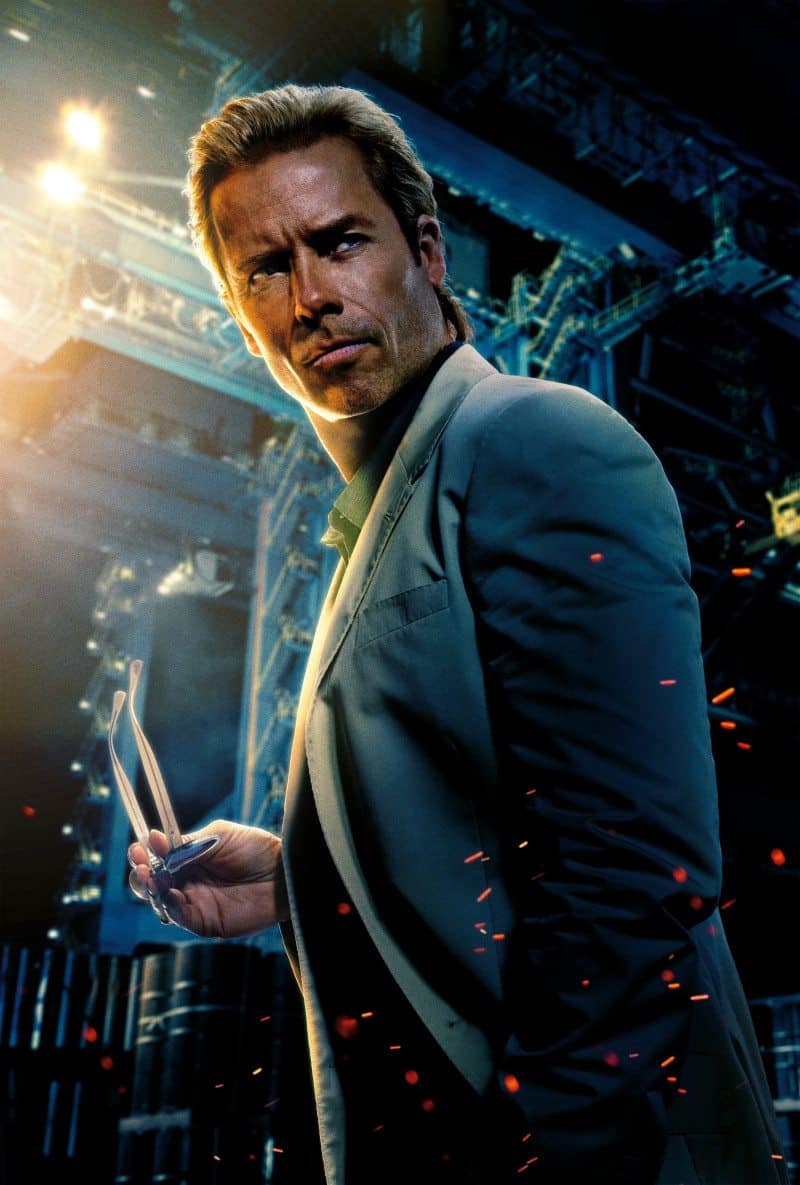 Tony Stark was always quite the playboy, and the opening flashback shows us just that.  It also shows us how much of a dick he can be, leaving a young scientist named Aldritch Killian stranded up on a roof in the cold.  Stark is busy entertaining a young lady named Maya Hansen, who has been developing a regenerative serum known as Extremis.

Back in the present, and fresh off of The Avengers, Tony Stark is a changed man. 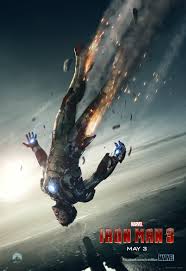 His short adventure in space left him traumatized.  He’s suffering from night terrors, insomnia, and flashbacks to the moment he was lost in space, holding a live nuke, and barely escaping the blast.  His erratic behavior is even affecting his relationship with Pepper Potts.

Meanwhile, a terrorist known as the Mandarin has been using exploding people to attack crowded places in apparent suicide bombings.  Happy Hogan gets injured while trying to prevent one of such attacks, and in anger, Tony Stark challenges the Mandarin, giving him his address and inviting him to attack.  The Mandarin responds by attacking and destroying Stark’s Malibu mansion.  Hansen arrives out of the blue to try to warn Tony, and she and Potts escape, while Tony flies off in an Iron Man suit, which JARVIS directs across the US.

The suit loses power somewhere in Tennessee.  Here, Stark meets a young boy named Harley Keener.  He investigates a nearby explosion, and realizes that there are no markings from the person who was supposedly the suicide bomber.  He takes this to mean that the person themselves must be the bomb, and deduces that Extremis must have an explosive reaction with certain individuals who use it.

He manages to fight off two Extremis soldiers, and traces the location of the Mandarin, in Miami.  Once there, Tony puts together some handmade weapons with supplies from Home Depot.  He infiltrates the Mandarin’s base to discover that the image of the Mandarin that everyone knew is, in fact, an actor named Trevor Slattery.  Killian is the real brains behind the whole operation.

Iron Man and War Machine aren’t about to let that happen, and attack Killian.  Stark summons all of his Iron Man costumes, and the battle is on.  Stark manages to trap Killian in an Iron Man suit, which then self destructs, but this fails to kill Killian.  In fact, only Pepper Potts, with her new Extremis powers, can end Killian’s life. 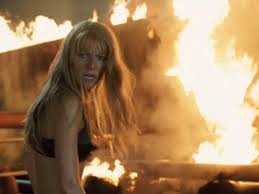 At the end of the movie, Tony has all of his Iron Man suits destruct.  He also has the shrapnel in his heart removed.  Peppers is cured of the Extremis.  The Vice President and Slattery are arrested.  Everything wraps up frustratingly well.

In a post credits scene, we find out that Tony has been telling the story of the movie to Bruce Banner, who has been falling asleep throughout.

The best scene had to be Tony’s improvised weapons.  Watching him infiltrate the mansion and take out the guards with a bunch of construction equipment was awesome.  That’s the kind of thing that I would love to see as a costume option in a Marvel videogame.  Just imagine that.  It’s the homemade, super low-tech Iron Man.  And it worked like a charm.

Stan Lee has a very blink-and-you’ll-miss-it cameo in this movie.  He appears as a judge for the Christmas beauty pageant in Tennessee.  He holds up a “10” scorecard on TV.

Iron Man 3 had a really cool One-Shot to follow it.  Titled “All Hail the King,” it revealed that Slattery is something of a celebrity in the prison, for being The Mandarin.  He’s getting interviewed for a documentary, but by the end of the video, we find out that there is a real Mandarin out there, and he’s pretty pissed off about other people trying to steal his identity. 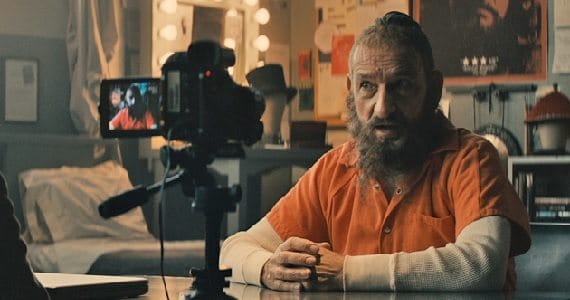 Whether that other Mandarin is the guy who leads the Ten Rings in Iron Man or someone new remains to be seen, but this was a great way to retcon a very unpopular decision in Iron Man 3.  While it was a twist that no one saw coming, a lot of fans were disappointed to have been told that The Mandarin would be in the film, and have to settle for Slattery and Killian.

The movie also led directly into the start of Agents of S.H.I.E.L.D.  The show began with an Extremis plot.  It turned out to involve a group known as Centipede, and the plot carried throughout the season.  Important things that happened because of this plot include the creation of Deathlok.

I’m going to throw it out there right away: I didn’t like Iron Man 3.  A lot of people complained that Stark didn’t spend enough time in the Iron Man armor- that’s not my problem.  I actually liked seeing Stark out of the suit for so long.  We got to connect with Tony in a more human way than ever before.  Here, he was vulnerable.  Even as Iron Man, he was facing a foe that he simply couldn’t defeat.

I felt like there was plenty of action, and it was pretty awesome.  Seeing 50 different Iron Man suits flying around?  Cool. War Machine and Iron Man fighting together again? Sweet.  Pepper Potts getting super powers? Awesome. Actually, the whole Extremis idea was pretty well done.  Really, the story was pretty great all-around. 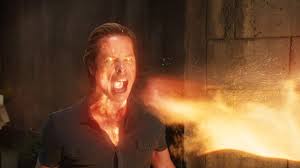 I’m even willing to look past the Slattery twist.  I was looking forward to The Mandarin; I’ve been waiting for him since he was teased in the first movie.  Still, it was a cool way to make Killian into more of a villain, and a completely unexpected surprise.

No, my problem lies in the last 5 minutes of the movie.  Everything wraps up too neatly, and even negates the story arcs of the first two movies.

#1: Potts gets her Extremis cured, really easily.  This negates a lot of the action of the first season of Agents of S.H.I.E.L.D.  There’s little to no real danger of having Extremis, apparently… but only if you know Tony Stark.

#2: Tony destroys all of his Iron Man suits.  This is supposed to be a meaningful gesture to Pepper Potts, I suppose.  What’s annoying is that we know he is going to have Iron Man costumes for Avengers: Age of Ultron… so what’s the deal with destroying all of them here?

The rest of the movie is really quite awesome, though, to be perfectly fair.  That’s just a lot to tack on to the end, which honestly kind of ruined the trilogy all of a sudden.

It’s tough to say what exactly Iron Man 3 brought to the table, and how much of it will impact Age of Ultron.  It did introduce us to Extremis, which was an important idea for the beginning of Agents of S.H.I.E.L.D., so that is probably its biggest impact.

Its tie-in, the One-Shot, “Hail to the King,” introduced us to a much more powerful Mandarin that exists elsewhere in the MCU.  That’s definitely something to look forward to, but it’s anyone’s guess as to when that’ll be.  It won’t likely be in Iron Man’s next appearance in Captain America: Civil War, and Iron Man 4 doesn’t appear to be on anyone’s radar right now.  But we’ll see.  Maybe he could work as a Dr. Strange villain?

Iron Man 3 seemed to wrap up the story of Tony Stark with its ending.  However, we know that he’ll be back for Aveners: Age of Ultron on May 1st!