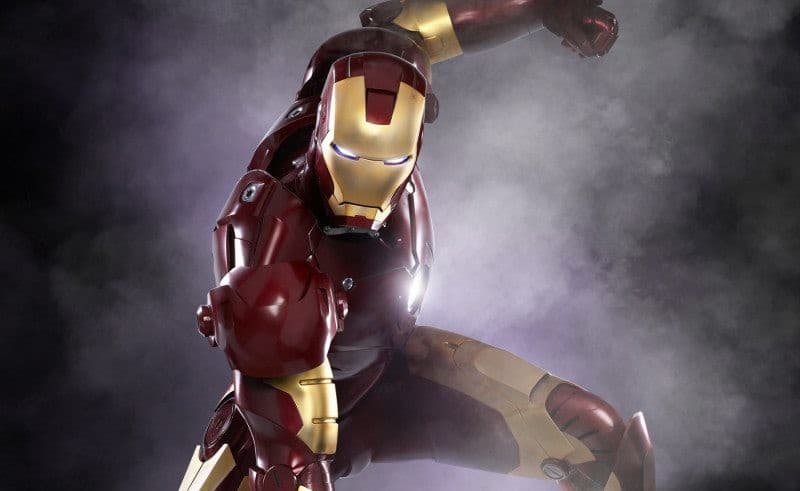 In 2008, the movie world was shocked at an unexpected classic.  Marvel Studios successfully launched the hugely popular Iron Man franchise, and in so doing kick-started the whole Marvel Cinematic Universe!

Sometimes you gotta run before you can walk.

The Comic Inspiration of Iron Man

The character of Tony Stark / Iron Man was launched in 1963’s ‘Tales of Suspense #39’, and the movie origin is a none-too-subtle reworking of that.  The character of Obadiah Stane, and his Iron Monger persona, were added from later comics (Stane debuted in 1982’s ‘Iron Man #1163’, and donned the Iron Monger armour in 1985’s ‘Iron Man #200’).  There are many nods to Iron Man continuity, most notably a terrorist group known as the Ten Rings, a subtle homage to the Mandarin.

Billionaire industrialist Tony Stark is captured by anti-American terrorists while selling a weapons contract; he’s also terribly injured, with shrapnel piercing his torso.  The terrorists, known as the Ten Rings, attempt to force Stark and another prisoner, Yinsen, to build them weapons; instead, Stark pioneers an arc reactor to prevent the shrapnel sinking into his heart, and then uses this to power a devastating prototype exo-armour. 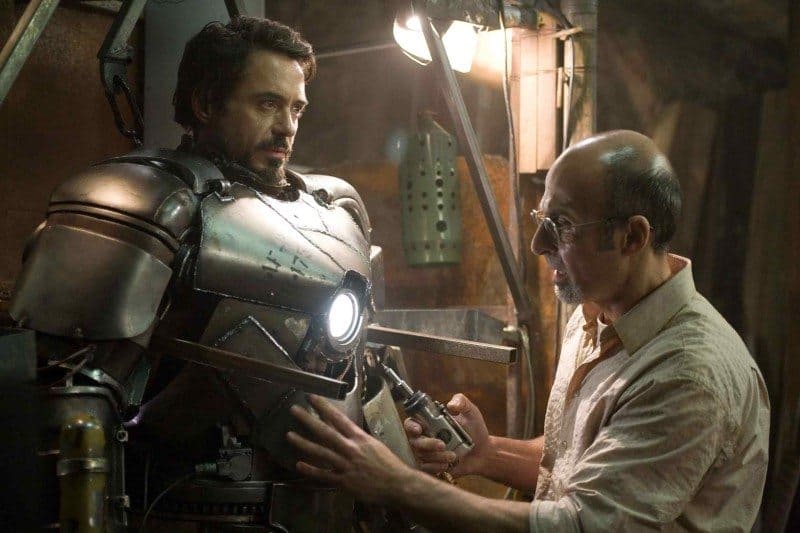 Returning to the States, Stark is a changed mind.  He has seen that the terrorists were using his weapons against American interests, and resolves to take his company out of weapons development.  He is secretly opposed, however, by his colleague and mentor Obadiah Stane, who seeks control of the company for himself.  In fact, Stane was the man who paid the Ten Rings to attack Stark’s convoy.

Stark continues to work on his Iron Man armour, but Stane manages to find the prototype, and develop his own version.  It all ends up as it always had to, in a high-octane heavily-armoured battle between the Iron Man and the Iron Monger!

With Iron Man seen by the American public, Stark chooses to ignore advice and admit to the world’s press that he is Iron Man.

Undeniably the best moment in the film is actually the after-credits scene.  Tony Stark walks into his home, to find Samuel Lee Jackson’s Nick Fury there waiting for him.  And, in carefully worded dialogue, the whole Marvel Cinematic Universe project is launched!

Stan Lee appears outside of a party, surrounded by girls.  He is smoking a pipe and wearing a robe; all of this leads Tony Stark to mistake him for Hugh Hefner, the owner of Playboy.

It seems strange heading back to 2008’s ‘Iron Man’ release.  Back then, I don’t think anybody realised how well the risks would pay off.

On the one hand, super-hero movies just didn’t seem to be doing very well.  Previous franchises – such as the ‘X-Men’ and ‘Spider-Man’ movies – had seemed to bomb at the trilogy point.  What’s more, while Iron Man is a big name nowadays, back then he was a minor hero, easily overlooked and forgotten.  Recent comic-book arcs, such as ‘Civil War’ and ‘Secret Invasion’, had practically turned him into a failure and even a villain!  Back when Marvel had been going bankrupt in the ‘90s, there had been certain franchises that were felt to be worth selling to other companies, and Iron Man hadn’t numbered among them.

Mix it up with Robert Downey Jr’s reputation at the time; he was working hard to clean up his act from drug and alcohol addictions, but the reality is that Marvel Studios originally considered him too high-risk for the part.  It was only Director Jon Favreau’s insistence that really got him the lead role! 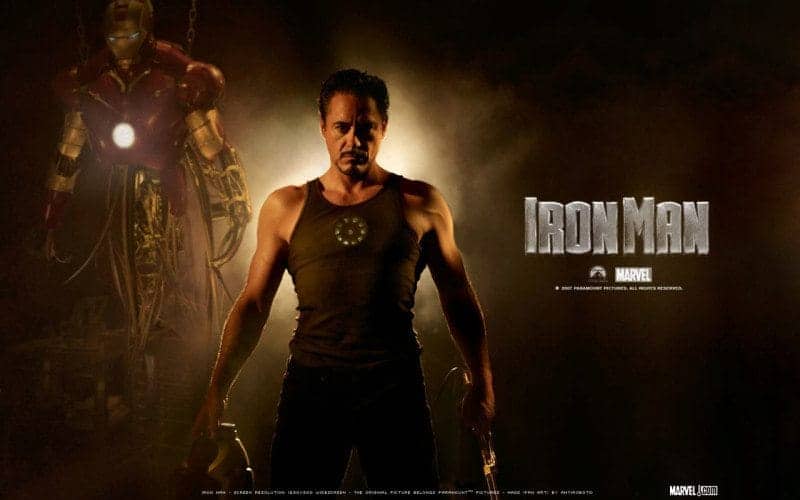 And finally, of course, as the end-credits scene made clear, Marvel Studios were planning something special; not just a run of films, but an actual Cinematic Universe the like of which the movie industry had never really seen before.

With so many gambles, it was inevitable that something would go wrong.

Robert Downey Jr. is the perfect, definitive Iron Man; he reinvents the role of Tony Stark on the big-screen, perfectly capturing the whimsical playboy.  At the same time, though, he’s equally comfortable with the gravitas of the role; Stark is re-evaluating his place in the world, after all, and he’s betrayed by his mentor.  The reality is that RDJ brings everything to bear for the role, and he sells it well.

The other cast also perform to a high standard, particularly Gwyneth Paltrow as she plays the ridiculously-named Pepper Potts; and Jeff Bridges’ Obadiah Stane is very much the perfect choice for the villain.  Although Terrence Howard presented Stark’s friend James Rhodes well, he’d be replaced in the sequels, and there’s a nice nod to the fact that he’ll become War Machine.

I gotta get me one of those.

Plot-wise, the film is fairly tight and pretty consistent, selling us the high concepts in a way that almost commands us to suspend our disbelief and enjoy the ride – just as it needed to in this franchise-starter.  The rich humour is perfect, even tugging at our emotions to care about the robotic helper-unit in Stark’s workroom!  It honestly is tone-perfect.

I admit that Iron Man isn’t my favourite super-hero; I prefer characters who actually stand for something, and very often Tony Stark stands for nothing more than himself.  But leaving aside my personal preferences, I have to say that this is a cracking good film!

This was the big one.  There would be no Marvel Cinematic Universe without the amazing success that was ‘Iron Man‘, and that’s no understatement.  What’s more, the film introduced so many key concepts – the closing scene broadened the scope of the franchise so much, and left the fans eager for more.  Unnoticed by most at the time, though, was the introduction of Clark Gregg’s Agent Coulson, a made-for-cinema character whose impact on ‘The Avengers‘ was massive, who stars in ‘Agents of S.H.I.E.L.D.‘, and has now transitioned over to the comics.

If you want to know the Marvel Cinematic Universe, then you simply have to start here!