“Imagine a thousand years of evolution taking place instantaneously. That’s what happened to you after the mist.”

The Comic Book Inspiration for Marvel’s Agents of S.H.I.E.L.D. Season 2

A lot of the plot of Season 2 moves on from Hydra pretty quickly, and focuses instead on a plot involving the Kree and Inhumans.  The Inhumans first appeared in Fantastic Four #45 in 1965 before going on to have a number of series and notable appearances in other Marvel titles.  The Inhumans of the comics are a race of beings who are the result of genetic experiments by the Kree.  The show is able to stick to this history really well.  It helps that the Kree were introduced in Season 1 and were revisited in Guardians of the Galaxy with Ronan the Accuser. 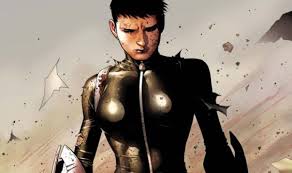 Two of the characters that have been the most important this season are Daisy and Mister Hyde.  Skye’s identity has been revealed, and as she continues to develop, it has become clear that she is Quake, an Inhuman with vibration-related superpowers.  She first appeared in 2004, in Secret War #2.  Her father, Mister Hyde, has been around a bit longer, having first appeared in Journey into Mystery #99 in 1963.

Inhumans aside, this season has also given us Mockingbird, a S.H.I.E.L.D. Agent who first appeared in 1971, in Astonishing Tales #6.  Lance Hunter is another new agent in this season, and he is another character from the comics.  You can find him making his first appearance in the pages of Captain Britain Weekly #19 in 1977.

With newer characters and a rapidly expanding universe, Marvel did a great job of incorporating a lot of elements from their books and staying faithful in their adaptations.  Even better, it was an action-packed season, filled with new questions and revelations in every episode.

While the first season of Agents of S.H.I.E.L.D. took a long time to take off, Season 2 started off with some great action and universal stakes, and the hook was stuck.  Season 2 has brought me back week after week, and it’s largely due to the fact that Season 2 has been largely active, while Season 1 felt mostly reactive.

Season 1 didn’t feel like it belonged in the Marvel Universe in most of its episodes.  With the exceptions of individual episodes that were released the same week (or following week) as one of the movies, Season 1 felt separate, like the things it was dealing with wouldn’t really matter to the movies.  If that’s the case, one might argue, then why watch the show?  If it doesn’t enhance your viewing of the movies, what difference does it make?

Season 2 is the answer to that question.  Season 2 makes the difference, and will be almost necessary viewing for MCU fans before the upcoming Inhumans movie.  This season, the stakes will be far-reaching… perhaps we won’t see much of Agents of S.H.I.E.L.D. in Avengers: Age of Ultron, but Kevin Feige is playing a very long plan, one that extends farther than any one of us could guess.  Season 2 is starting to show us how the series of Agents of S.H.I.E.L.D. fits into that plan.

This season mixed up a lot of the standards of the first season.  The playful banter of Fitzsimmons has become cold, awkward dialogue between Fitz and Simmons, and the tension brings up the intensity and creates some cool (and important) conflicts.  The betrayal of Agent Ward was a shock to the team, and his escape was even moreso.  New characters popped up in the very first episode, including The Absorbing Man, Carl Creel, who also appears in Netflix’s Daredevil.

The cast is strong across the board, handling some difficult sci-fi action with ease.  Past the action, the emotion is truly behind the scenes.  Moments between Skye and Ward are hard to watch, because we, as viewers, felt that betrayal hardest through the eyes of our point-of-view character.

The major story in Season 2 starts off focusing on Coulson’s mysterious alien writing, which was one of the major cliffhangers of Season 1.  As the series begins, Coulson and his team are hunting down alien artifacts with similar writings, though Coulson’s team doesn’t really know why.  This leads them to a destructive key, which, when touched, kills humans.  Anyone with the right genetic code, however, is safe to touch the key.  Pursuit of the alien writing has since led to the discovery of an underground city, where the key triggers an evolution in two of the characters- Skye and Raina, the girl in the flower dress.

Since this event, the show has taken a different turn.  Skye’s storyline has been largely Inhumans-focused, introducing a lot of new characters, and, really, a whole new civilization and type of people.  It’s theorized that Marvel might be trying to use the Inhumans as a replacement for the X-Men, which they don’t have the movie rights to.  It makes sense, but one might wonder if the Inhumans can have the same popularity as the likes of, say, Wolverine or Gambit.

What doesn’t focus on Skye has revealed that Coulson and his team, operating under Fury’s blessing and orders, are challenged by another group of agents for the title of S.H.I.E.L.D.  There are now two different factions.  How this is going to impact the upcoming Avengers movie is a good question, especially since we know that Maria Hill and Nick Fury are set to make appearances.

At this point, there has been no Stan Lee Cameo.

‘Agents of S.H.I.E.L.D.‘ Season 2: Its Impact on the Marvel Cinematic Universe

As I’ve said before, the introduction of the Inhumans is a huge step forward for the MCU.  These characters will probably appear more and more before the Inhumans movie comes out.  Plus, we now have warring factions within S.H.I.E.L.D.  It’s anyone’s guess how this season will end up! 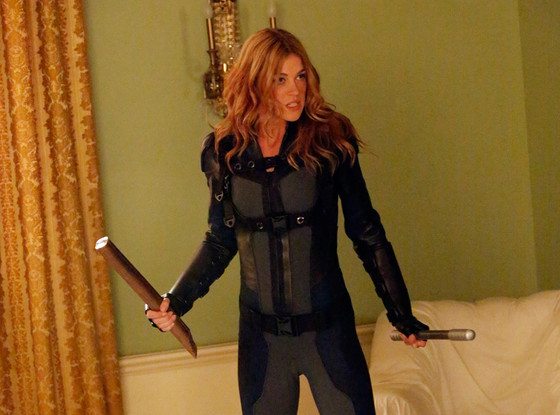 Click here for our Iron Man Revisit!
To revisit The Incredible Hulk, click here!
Click here to revisit Iron Man 2!
Our revisit of Thor is right here!
And don’t miss our revisit of Captain America: The First Avenger!
If you want to revisit The Avengers, click here!
To Revisit Iron Man 3, click the link!
Check out our Revisit of Thor: The Dark World!
And here are our thoughts on Captain America: The Winter Soldier!
Did you watch Agents of S.H.I.E.L.D. season 1?  Our revisit is right here!
Guardians of the Galaxy is revisited here!