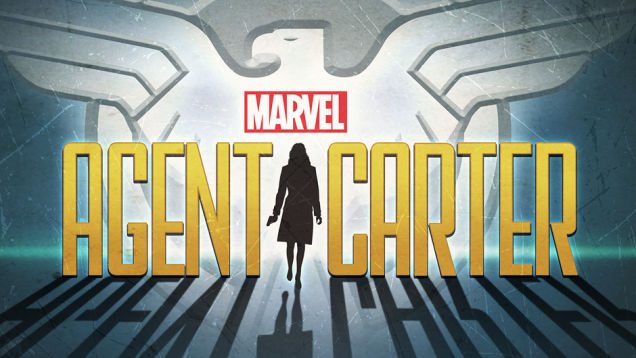 In the beginning Agents of S.H.I.E.L.D. Season Two, we were given a bit more of Peggy Carter, the dame who caught our hearts in Captain America: The First Avenger.  Though perhaps not as vital to the current shape of the MCU, we know that Peggy’s actions eventually lead to the founding of S.H.I.E.L.D. This first 8-Episode season is the first step in the process of creating S.H.I.E.L.D. as we knew it to be before the events of Captain America: The Winter Soldier.

“Imagine a thousand years of evolution taking place instantaneously. That’s what happened to you after the mist.”

Peggy Carter was first introduced as the love of Steve Rogers’ life in Tales of Suspense #77.  Just as in the comics, Peggy is an agent, however, the TV show presents her as an agent of the Strategic Scientific Reserve, which made Captain America in Captain America: The First Avenger.  The character of the comic is most often portrayed in WWII flashbacks, so we’re seeing something different in this show. 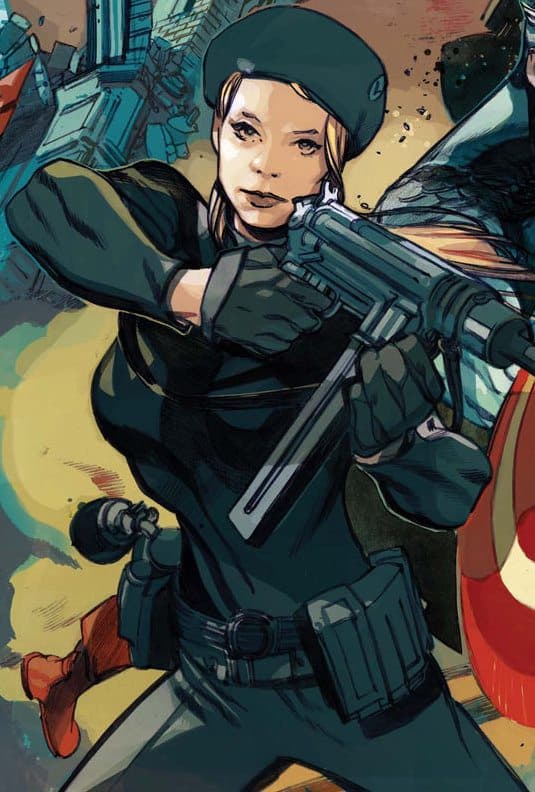 Agent Carter functioned very well as a period piece set in the Marvel Cinematic Universe.  The 1940’s feel was very prevalent throughout the 8 episodes.  Peggy was mistreated by her male superiors, and had to prove her worth time and time again to be taken seriously.  The traditional values were taken to an extreme in a women’s home.  Listening to Captain America radio shows is the norm.  The focus on setting was great.

Peggy has always been a great character, and getting to explore her in greater depth through the series helps to show us a tormented, but strong woman who overcomes heartbreak and other odds.  Her fellow agents are portrayed very well, but mostly fill in a general stock character of the chauvinist.  Howard Stark is fun, but barely shows up.  Jarvis was a pleasant surprise, and provided quite a bit of comedy.

As far as the plot of the show went, we got to watch Agent Carter betray the SSR to help prove that Howard Stark wasn’t an enemy of the state.  It turns out that his technology was stolen by Leviathan, who seems to be something of a HYDRA spin-off.  A character based on Doctor Faustus is involved, as is a sleeper agent in the women’s home. Ultimately, Agent Carter saves the day and proves Howard’s innocence, earning the respect of her fellow workers.  It is a satisfying plot, and the characters, particularly Carter, really keep you on their side, rooting for them throughout.  There are some painfully heartfelt moments, and you can really see how much Captain America’s death affected Peggy and Howard. 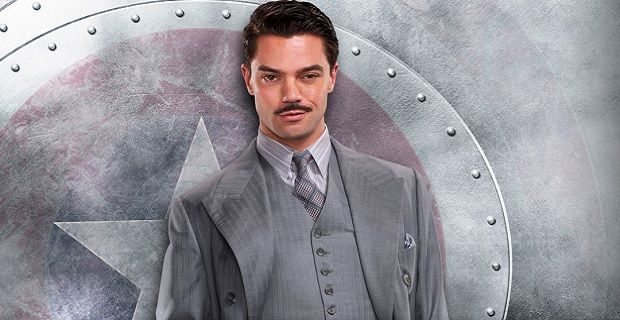 The action in the series is also pretty exciting- way moreso than I had expected!  There was a great balance of sci-fi technology, and a few cool nods to the rest of the MCU- like Steve Rogers’ blood.  This series actually helps explain why there aren’t any more samples of Steve’s blood or the serum that made him into Cap.

All in all, it’s a great show and a heck of a lot of fun.  At only 8 episodes, it’s also a pretty quick watch right now!

Stan Lee gets his shoes shined in episode 04: “The Blitzkrieg Button”!

The biggest impact this short series has had as of now is getting rid of Steve’s blood.  It also showed us where Tony may have gotten the name “Jarvis” from for his AI.  Leviathan was introduced, which may be giving us another organization to be on the lookout for.  We should be seeing the founding of S.H.I.E.L.D. sometime soon too. 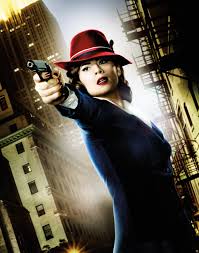 Click here for our Iron Man Revisit!
To revisit The Incredible Hulk, click here!
Click here to revisit Iron Man 2!
Our revisit of Thor is right here!
And don’t miss our revisit of Captain America: The First Avenger!
If you want to revisit The Avengers, click here!
To Revisit Iron Man 3, click the link!
Check out our Revisit of Thor: The Dark World!
And here are our thoughts on Captain America: The Winter Soldier!
Did you watch Agents of S.H.I.E.L.D. season 1?  Our revisit is right here!
Guardians of the Galaxy is revisited here!
Have you been keeping up with Agents of S.H.I.E.L.D.? Revisit season 2 here!