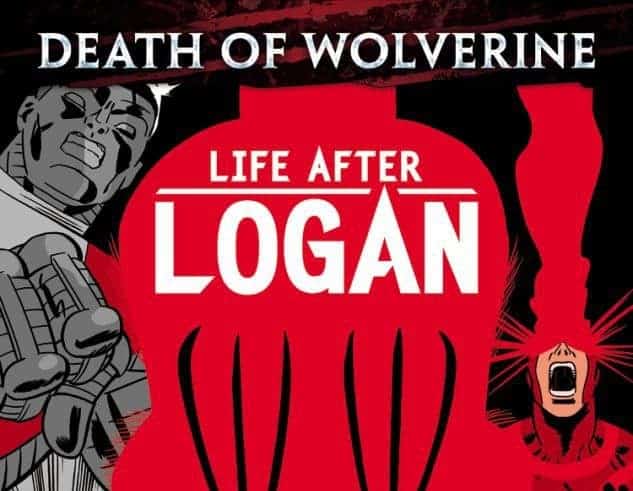 Now that one of Marvel’s favorite characters has died- even if only temporarily- the repercussions are being felt throughout the Marvel universe. However, this hasn’t struck any closer to home than for the X-Men and their various teams and allies. This is who we follow in this issue, actually three stories that follow a few different X-Men and their days following the death of the iconic hero.

The first story is my personal favorite in the issue, which follows Scott Summers as he reflects on the relationship that he and Wolverine shared. Because their relationship was so complicated- they shared a mutual respect, but also found themselves at odds more often than not- this is a particularly cool meditation. By the end, there seems to be some positive hope for Scott moving forward.

How is Marvel moving forward? Read on in our blogs!

The second part follows Nightcrawler and Colossus as they deliver Wolverine’s samurai sword to the grave of his former lover, Mariko. Their actions honor Wolverine’s memory in two ways- first, by allowing Muriko and Wolverine to be together in eternity, and second, by instigating a battle with Muriko’s guardians. This allows them to do what Wolverine was the best at: kick butt. The two perform the fastball special, which adds to their fighting memorial.

Hear more about the fastball special from some of the creators in our interviews!

The final chapter shows us Hisako and her grieving process. She’s putting herself in harm’s way in the Danger room. We eventually discover that this is because when her mutant-magic-spirit-armor is active, she can still feel the presence of Wolverine, confirming their shared ancestry. This was one of the more touching moments of the issue. It’s also nice to see that some part of Wolverine is still around.

At least, until his inevitable return.

For more speculation, check out our articles on Comic Book Theory.

The art was pretty cool, but varied from section to section. At times, the illustrations felt like a beautiful monument to Wolverine and all he stood for. At other times, the art was almost cartoony. Though this was a crossover combination of a few different characters, artists, and styles, the inconsistency was a little distracting.

Story-wise, the plot and character development was deep. Despite being an emotional journey for each character, there was plenty of action, and Scott’s chapter was incredibly intense. This was a great way to kick off what will inevitably be a lengthy but poignant grieving process for Wolverine, similar the Captain America’s Fallen Son storyline a few years back.

For more history, check out our podcasts!

Positives: The Cyclops chapter alone is worth reading this issue for. At moments, the art is truly beautiful. This makes a great tribute to a great character.

Negatives: The art is inconsistent, and sometimes cartoony.