With Oliver, under his new guise of Green Arrow, and Felicity Smoke back in the fold, things are going well for Team Arrow. However secrets within the team combined with a madman hellbent on causing anarchy in Star City threaten to tear them apart all over again.

“The Candidate” begins with Team Arrow operating as a well-oiled machine once again. The masked quartet of Ollie “Green Arrow” Queen, Thea “Speedy” Queen, Laurel “Black Canary” Lance and the still non-codenamed Jon Diggle disrupt a HIVE plot to destroy Star City’s water supply. All is not completely well however, and Thea once again uses needlessly brutal force, worrying her brother and other teammates. The family Queen don’t have time to bicker about it, as they have breakfast with an old family friend that morning, Jessica Danforth (portrayed by Jeri Ryan, of Seven of Nine/Star Trek Voyager fame). She tells Ollie and Thea that she was inspired by the Green Arrow’s message, as well as the memory of their mother Moira, to run for mayor of Star City, much to their chagrin. They, along with her daughter, attempt to talk her out of it, but Jessica is steadfast. 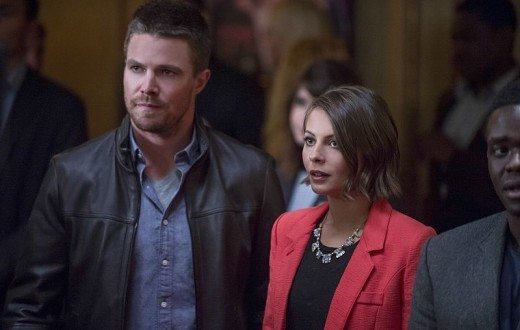 Unable to convince Jessica to abandon running, the Queen siblings attend her formal campaign announcement. Just moments into her speech a rigged automatic weapon fires, scattering all of those in the room. It ends up being a diversion and she’s nearly abducted by an assailant disguised as one of her body guards, however Oliver makes the save at the last possible second. Capatain Lance puts Danforth in protective custody at SCPD headquarters, and begrudgingly allows Team Arrow to help with the case, telling Ollie that this is his chance to prove things will be done differently this time.

Catch up with our review of the Season Four premiere of ARROW here!

The team splits, with Diggle and Laurel keeping watch over Danforth and bonding over their respective deceased siblings, while Ollie and Thea attempt to track down information on Jessica’s attempted abductor,  Lonni Machin (a name well known to fans of the DC Universe). They shake down a drug dealer for information, but Speedy once again takes things too far by shattering his arm. Having seen enough, Ollie calls Thea to task on her attitude and reveals to her his belief that it stems from her exposure to the Lazarus Pit last season. The two engage in a brutal physical confrontation that just leaves Thea more confused. She confesses everything about her death and Lazarus Pit resurrection to Laurel, who seems incredibly interested in the mechanics of bringing someone back to life. 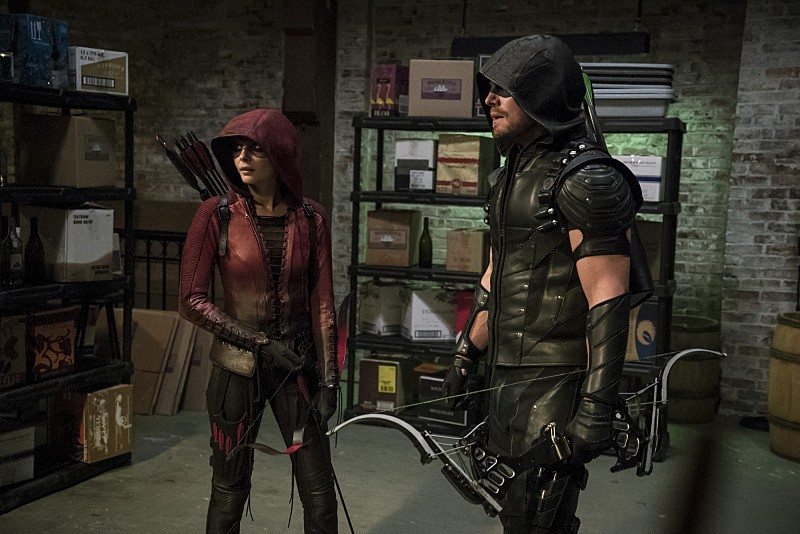 Unable to get to Jessica Danforth, Machin instead abducts her daughter, much to the irritation of Damien Darhk, who had initially hired Machin to eliminate Danforth as a test to see if he was HIVE worthy. Darhk tells Captain Lance (revealed last episode to be working for Darhk for unknown reasons) the girl’s location, and he in turn alerts Team Arrow to her whereabouts. They’re able to successfully rescue her and apprehend Machin, but not before Thea once again loses control and almost burns him to death. In the aftermath, Laurel suggests that she take Thea for a spa weekend, which Oliie agrees to feeling his sister needs the time off. However, this is actually a ruse on Laurel’s part as she and Thea actually exhume Sara Lance’s body and take off for Nanda Parbat and the Lazarus Pit. Meanwhile, inspired by Jessica Danforth dropping out of the race after her daughter’s return, Ollie announces to Felicity that he intends to run for mayor. In addition to all this, we learn that Machin has escaped from the ambulance that was transporting him, leaving only a bloodstained anarchy symbol in his wake. 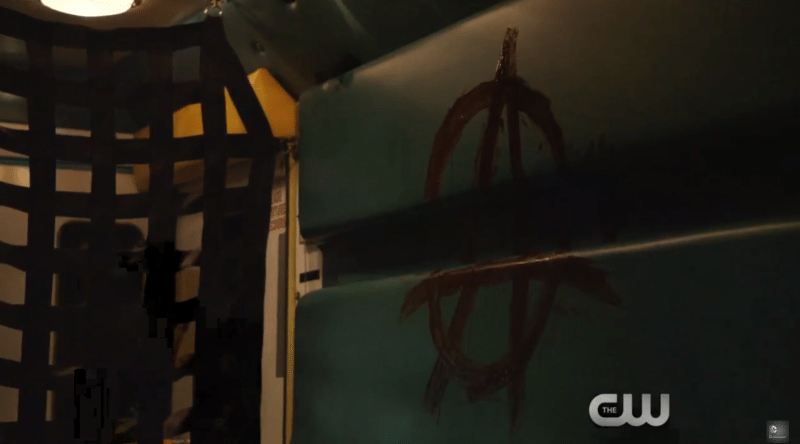 There are two major sup-plots that flow through this episode of ARROW, each of which was insignificant to the main story but will have major ramifications in the season to come. As always, we had our flashback. Ollie, deposited back on Lian Yu by Amanda Waller last episode, infiltrates the mysterious military group island by pretending to have been shipwrecked the whole time. He’s able to convince them that he doesn’t intend to ruin their plan, and instead joins them. In the episode’s other subplot, Felicity Smoak (in her role as Palmer Tech CEO) is tasked by the board of directors to downsize a substantial number of employees. She’s assisted by Michael Holt (AKA DC Comics’ Mr. Terrific) whose developed an algorithm to assign value to each employee, though neither of them want anyone to lose their jobs. The subplot is wrapped up with Felicity not actually firing anyone, and bluffing the board with the promise that she and Michael are working on a technological breakthrough that will skyrocket the company’s value. 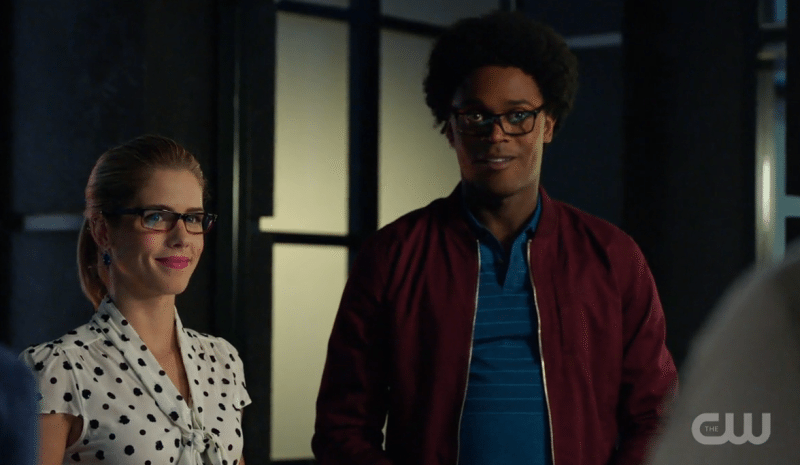 This week’s episode of ARROW was the second straight really solid installment after last week’s great season premiere. Two episodes in, Season Four already has much more solid footing than Season Three had at any point. I love the set up of Anarky and Darhk being opposed to each other, seemingly putting the heroes in the middle of two very different antagonists. Also, from a longterm storytelling standpoint, both the Laurel/Thea resurrecting Sara and Ollie Queen running for mayor storylines have great potential moving forward.

Acting-wise, I was really impressed with Willa Holland this week. She’s always been a strong presence on the show, even as all too often the writers have left her Thea Queen character with very little to work with. This year they’ve rewarded her with not only the conflicted/recently brought back to life storyline, but also a transformation into Speedy and she’s really hit them both out of the park so far.

Did you watch “The Candidate”? Are you liking the direction of Season Four of ARROW so far? Let us know in the comments below, or on Twitter @Comicsverse.