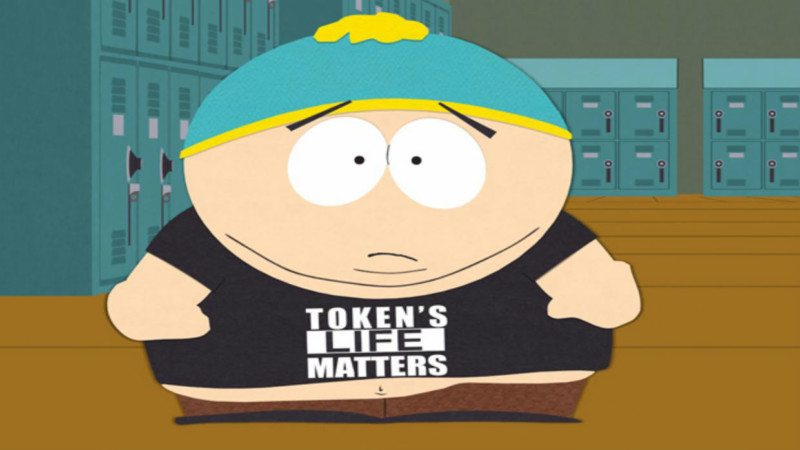 SOUTH PARK fans know to fear and loathe it’s purposefully problematic character, Eric Cartman. He’s a sexist, racist, ableist, xenophobic anti-Semite— a representation of everything wrong with American culture. Yet, he is definitely the force which much of SOUTH PARK’s fame can be thanked for. The age-old myth that a good villain makes a good season is somewhat proven by him with every horrible comment. But recently SOUTH PARK has made some changes. Rather than being a representation of every horrible citizen of America, Eric Cartman has since recycled many of his problematic character traits into a form a pseudo-progressive thinking. Eventually, this led to his evolution into an activist for different movements which culminated into Cartman’s comeuppance—a tragedy you never expected and a sympathy you never knew you could feel for the boy.

INTERESTED: Click here to look as we explore another hate-mongering effect on American culture that Eric Cartman had nothing to do with!

Viewers of SOUTH PARK’s 20th season have noticed a sharp change in Eric Cartman. He now wears a “Token’s Life Matters” black t-shirt and advocates for women in comedy. He commits himself to the uplifting of women and uses call-out culture like a new weapon in his arsenal of offense. Though not technically a nice person, Eric Cartman is now easily digestible as a character, rather than a plot tool designed to offend as many people as possible. While the premiere of the new season framed Cartman’s changes as another trick, we come to learn that he is truly enacting these views for a reason: to avoid both a race and gender war. 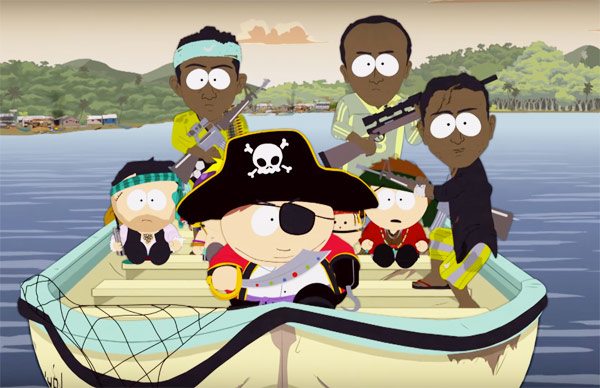 This, of course, is a reference to the race problem America is now beginning to address on a national level and which has been the main conversation for the last year. It was only a matter of time before SOUTH PARK took it upon themselves to give Cartman’s critique. A few seasons prior, they already attempted a wider conversation on Mike Brown’s death when discussing whether or not Brown’s death was reasonable because “he was doing something illegal.” But this metaphor quickly fell apart at the seams because the writing team, quite hilariously, missed the point of the protests of Brown’s death. This time, the conversation took a unique point-of-view: that there is a point to the protests, and the media’s “conversation” is merely about disenfranchising the valid voices of the masses.

Cartman becomes a warrior for the oppressed in the ways he was once a warrior for himself and the “protection” of his community from “threats” such as the Jewish, the Chinese, Hippies and anyone who catches his ire. Yes, its expression is entirely narcissistic and veiled in ulterior motives, but he still does it for someone else. Even though his reasoning is designed to ensure the continued protection of the male species, Cartman later reveals that he generally finds women funny, showing growth through pursuing female expression. Cartman has effectively changed for the better, while still at his root remaining who he is.

CLICK: YOUNG JUSTICE ended quite prematurely for a lot of people’s tastes. Click here to see as we explore the necessity of an eventual return to the team of sidekicks!

But, what about the past Eric Cartman? The theme of the fall season seems to be an analysis of the “Face-heel Turn” trope, which is essentially when a character makes a drastic change for the better. In most narratives, this bad past seems to evaporate over the course of a season, but shows like SOUTH PARK and ONCE UPON A TIME have committed to having characters serve penance for their pasts. 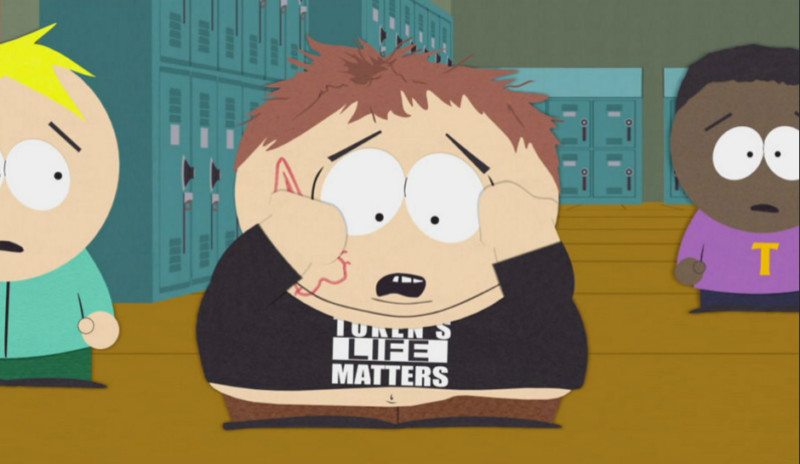 In an episode that would usually be seen as rightful comeuppance, we see Cartman effectively “killed” by his friends for cyber bullying the women of South Park— a crime he never committed. Kyle, Kenny, Stan and all of the boys of the South Park gang break all of Cartman’s stuff. They destroy his Mac, his iPad, his iPhone, everything. Three Christmases worth of merchandise gone in the blink of an eye after they tricked him into a weekend-long gaming session with nothing but junk food, friends, and most importantly, Wifi. The sad part: Cartman for the first time is innocent.

The breaking of one’s stuff may not seem that bad, but the episode is not foolish in its framing strategy. The conversation of the season is trolling, and the ramifications of which are very real. As Heidi Turner stood over an overpass sadly, hair blowing in the wind, the situation is framed very much like a suicide. Later, the response from the school faculty and students is very similar to the aftermath of a student’s death. But, as we see Heidi Turner wandering through the halls, we understand that this situation is definitely meant to be taken as metaphor. In this day and age, American lives can be measured by their ability to communicate and interact. The loss of social media is noteworthy as social suicide, which for kids is terrifying. The destruction of Cartman’s things is then given context; he was brutally murdered by the few people he actually cares about.

INTERESTING: We waited a long time for Frank Ocean to release his album, and in that time we had some thoughts on the concept of the “surprise album”!

This development was tragic. Yet, the feeling of comeuppance was important to effectively redeem Cartman of what was a long, sordid past of hurting others. I personally was stand-offish on ever forgiving the character, even as SOUTH PARK transitioned to using actual season-long plots and storylines rather than one-shot episodes with the occasional two-parter. But Cartman stopped being extremely homophobic and, in fact, had a lot of honest statements and opinions about American culture and the problems with it. I guess it takes a monster to recognize the evils of another. But, like I say about most people who suddenly become progressive allies and want a pat on the back, you get no cookies for being a decent human being. Again, this is the same character who masqueraded as queer in order to get a personal bathroom. However, the known white supremacist advocated for the same women in the class who he ridiculed and used the full weight of his sociopathy for the benefit of LGBT people, which revealed a more benevolent side of Eric Cartman. 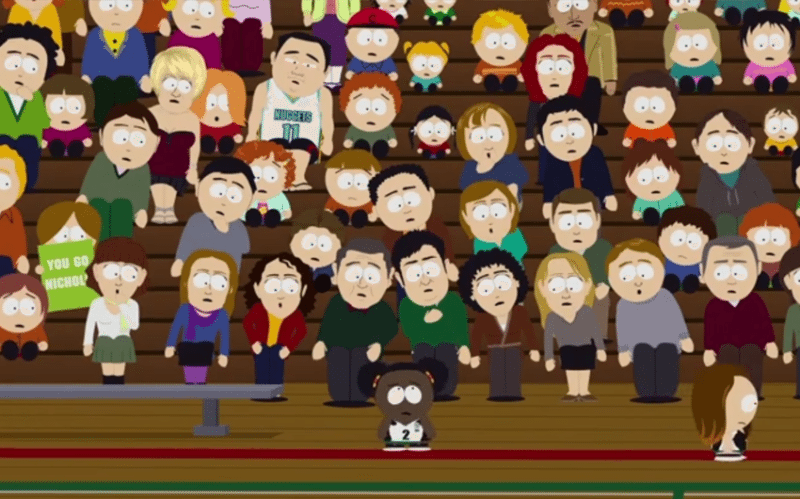 This development in Eric Cartman is important because it speaks to ally culture. Allies aren’t members of the oppressed groups they are there to support. Most of the time, they are just bystanders who are from the outside peering in and empathizing with their plight. Other times, however, they are former oppressors who realized the error of their ways and have committed themselves to a form of atonement. Eric Cartman definitely fits the latter definition. The exploration of Cartman’s downfall is vital to understanding how becoming an ally must work. It’s not just stopping the hate speech and actions that you committed against someone else. It is fully saying sorry: not just vocally, but in your actions. It’s humbling yourself and bowing your head to accept punishment for doing something wrong. Because, of course, that is what an apology is. Eric Cartman felt inauthentic with his sudden changes when we see him in the Season 20 premiere because he dedicated 19 seasons to being the most hated person in the room and simply expected people just be okay with what he did because “he is better now.”

The “death” of Eric Cartman might have been undeserved for the intended crime, but it wasn’t something he didn’t have coming after 19 seasons of hurting others. It helped to humanize Cartman for what is expected to be a season of social commentary. With PC Principal being an over exaggerated caricature of PC culture, it is refreshing to see the show taking on so many issues with a bit more perspective from other points-of-view, rather than from the satirical “everyone is always being stupid, and none of this really matters to humanity in the long-run” they were once infamous for.

The vital change in Cartman is a just formulation for the changes that need to happen to the country: Not an absolute change into a better person out of personal interest, but growth for the sake of being considered a human being. No one is expecting or wanting Eric Cartman to become a saint – and likewise, the country isn’t going to be a utopia – but he should at least try to achieve humanness in his everyday behavior, lest we end up a world full of Giant Douches and Turd Sandwiches.