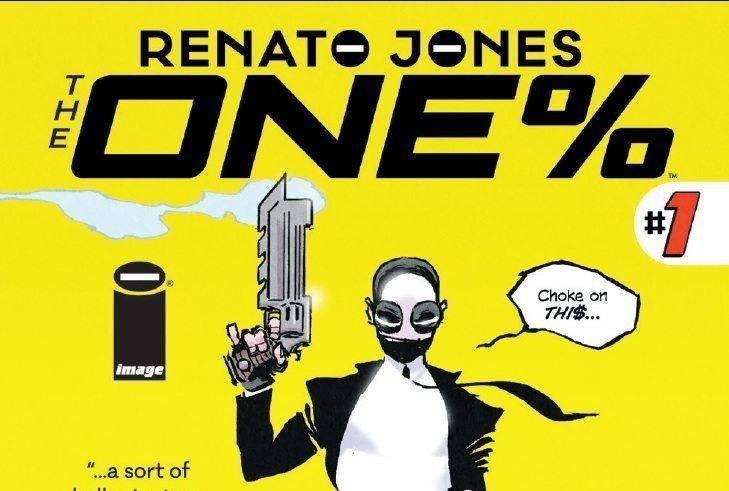 “Wealth is power.” A statement with some degree of truth to it. If money was no object, what would we use it for? Would we wield power like a sword, cutting down the weak and the needy, or use it to make the world a better place? RENATO JONES: THE ONE % #1 examines the fine line between using wealth for good or evil. It is a story all the more relevant in today’s society where corporations and businessmen seemingly flout the laws of the land while the lower classes suffer by those same laws. Where we see billionaires like Donald Trump racing towards the White House, money and morality can seem estranged. 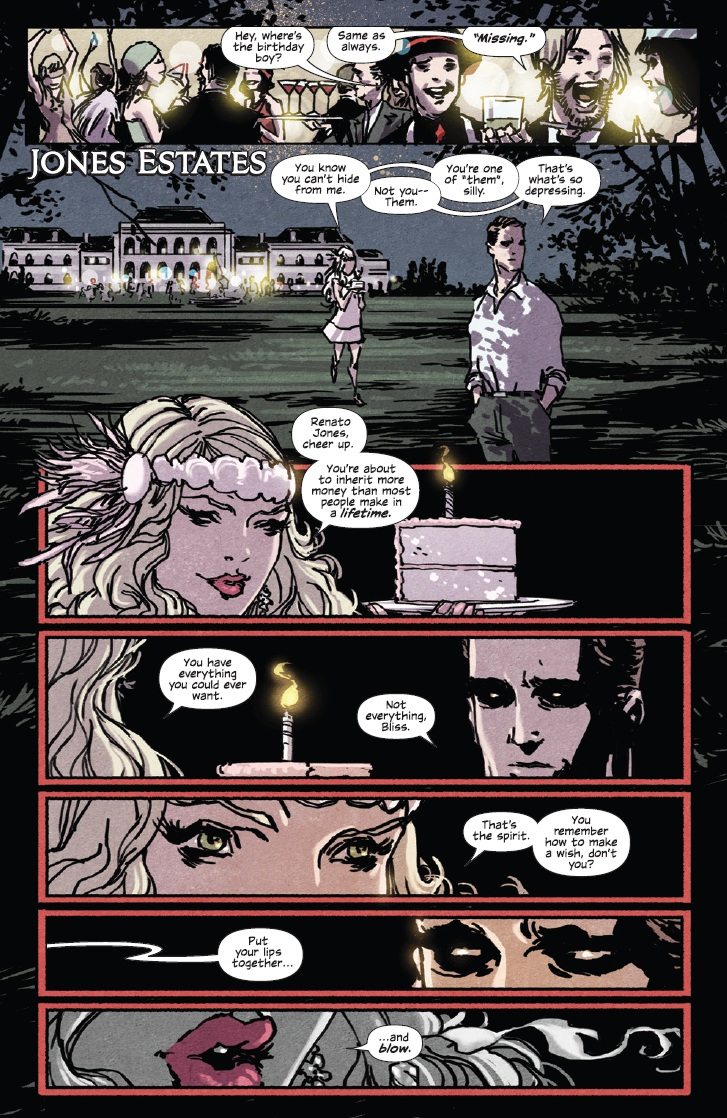 READ: Image comics is home to some of the best creator-owned comics in the world. Check out why it’s one of the top publishers in the comics industry!

Kaare Kyle Andrews seeks to remedy this unfairness in his creator-owned book. This is the story of a child born into poverty who lucks into privilege.  He finds fault with a world where the top 1% take what they want and leave nothing for the rest. His answer is to become the Freelancer, a deadly assassin seeking out the super rich who have become horribly corrupted by their wealth. It seems pretty straightforward, but it’s a lot more nuanced (and violent) than that. When we first meet our hero he is celebrating his birthday, after inheriting the family fortune. But right away we know something is wrong. He has become one of ‘them,’ the super rich, and he’s not happy about it. While the dialogue here leaves you in no doubt that Renato is struggling with this, it’s the art which really conveys Renato’s feelings. When he is acting like a playboy or putting on a performance for those around him, his actions are energetic and alive. But when he lets that mask slip and his true emotions show, his stance is rigid, almost aggressive. His eyes are empty, pure white. It hints at a sadness beneath the rage, but where does this rage come from?

READ: ComicsVerse is looking for writer and artists to create webcomics for the site. Check out the details here!

Apart from showing us what Renato can do in a mask and with some chains, we experience his origin story as told in flashbacks throughout the issue. It’s the classic story of an orphan boy losing his parents, but there’s a twist in the tale (that’s not worth spoiling here). It’s clever and really gives another layer to the whole ‘outsider’ persona of our hero. The story, in a lot of ways, reminds me of BATMAN: YEAR ONE (with Batman rising against Gotham’s corruption) and Andrews’ run on IRON FIST, which also touches on loss and inheritance. Power itself isn’t inherently bad; it’s how you wield it that counts. 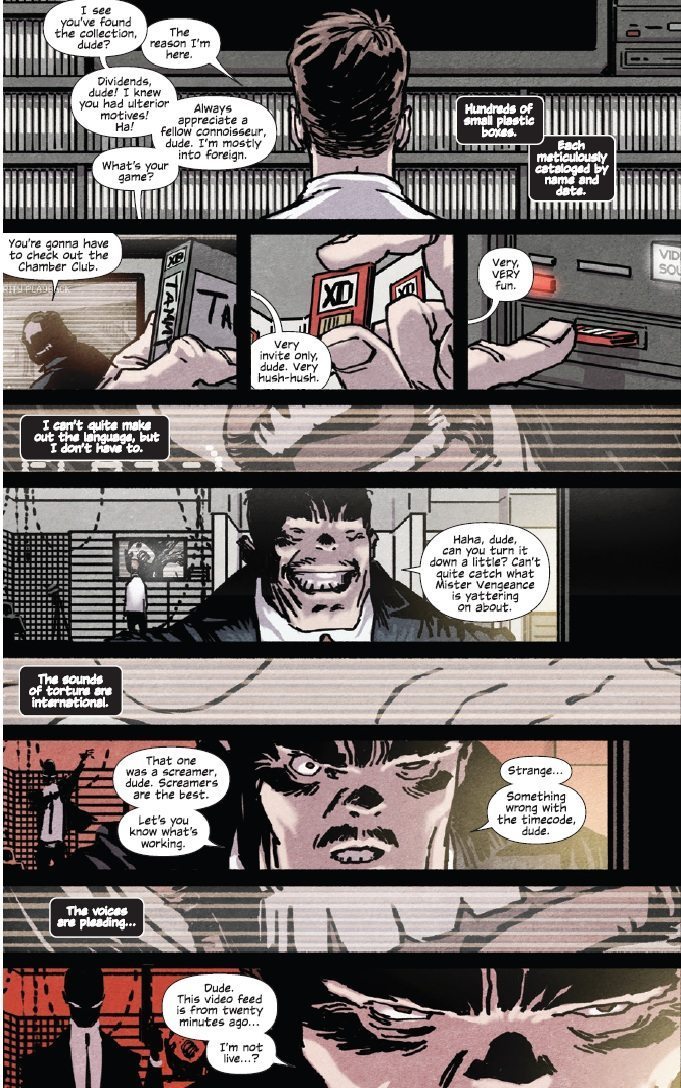 Andrews’ art here is stellar, a tour de force of drama and action. Colored with cartoonish fat cat villains and uber violence, the story flows naturally between ‘now’ and the ‘past’ as we get to see both how Renato begins his journey and his actions in present day as the Freelancer. The flashback scenes feel like the very pages themselves are old. Andrews uses faded colors and designs which makes it appear as though the pages have been folded and refolded again, almost as if we are revisiting a well-read story. His colors during the present day are more solid and vibrant, the oranges of his sunsets giving slowly way to the blood red of the violence to come. The action scenes are dynamic, full of movement and power. There is a surprise turn of events when the villain gains superhuman strength (which could have taken away from the realism of the story), but this is dealt with well, feeling like another moment of super rich excess that doesn’t feel out of place.

READ: Check out another Image comics #1 with our review of GRIZZLYSHARK!

One really nice touch is the placement of advertisements throughout the issue. These ads are satirical looks at colognes and perfumes. The Renato Jones fragrance, ‘Luxury, you’ll pay for it’ aims straight for the financial jugular. While these ads and the comic itself seem like heightened attacks on the super rich, the book never takes itself too seriously. It’s more satire than realism. But it does ask questions about the price humanity has to pay to gain wealth and power. Is the price humanity itself? RENATO JONES: THE ONE % #1 is an entertaining comic book that gives no quarter and doesn’t hold its punches. Despite its premise, it is something that can appeal to the masses with its art, humor and action. Here’s looking to issue 2.