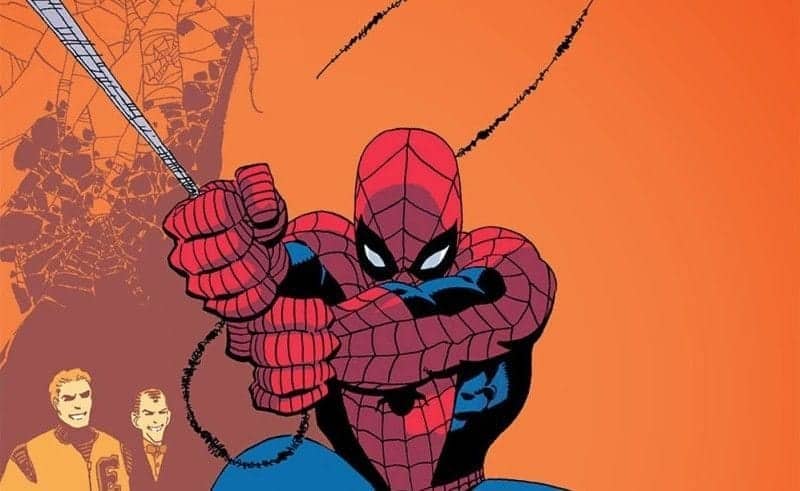 Spider-Man may be entering the Marvel Cinematic Universe, but Andrew Garfield isn’t.  Inevitably, Spider-fans are going to see the third version of Spider-Man to hit the big screen in fifteen years, and that raises the awkward question of how Marvel and Sony are going to make this work.  The answer may lie in the various relaunches we’ve seen in comics over the years…

In this article, I want to take a good long look at ‘Spider-Man: Blue’, a six-issue miniseries penned by Jeph Loeb and illustrated – in exceptional quality – by Tim Sale.  Released in 2003, alongside the release of ‘Spider-Man’ in the cinemas, this book is quite an unusual one.  While it looks back at Spider-Man’s formative years, it does so by avoiding the origin story – sure, there are allusions to it, but the assumption is that we all kind of get that already. 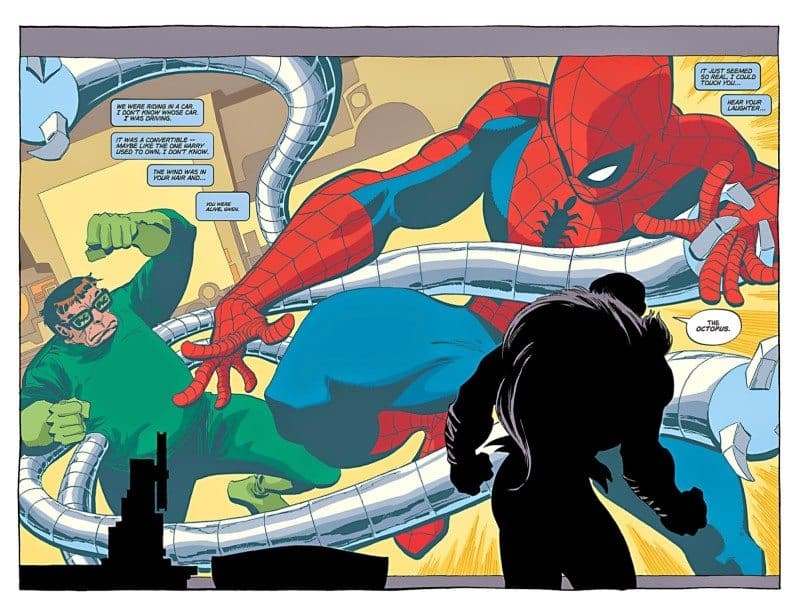 Instead, the book moves on to what Loeb described as ‘Year Three’ – Peter is settled and maturing, Spider-Man is a known entity, and the background cast have solidified.  In particular, this was the time when Peter was first beginning to realise that girls could find him attractive.  And it came as something of a shock, as he was left reeling between the sweet Gwen Stacy and the live-wire Mary-Jane Watson. 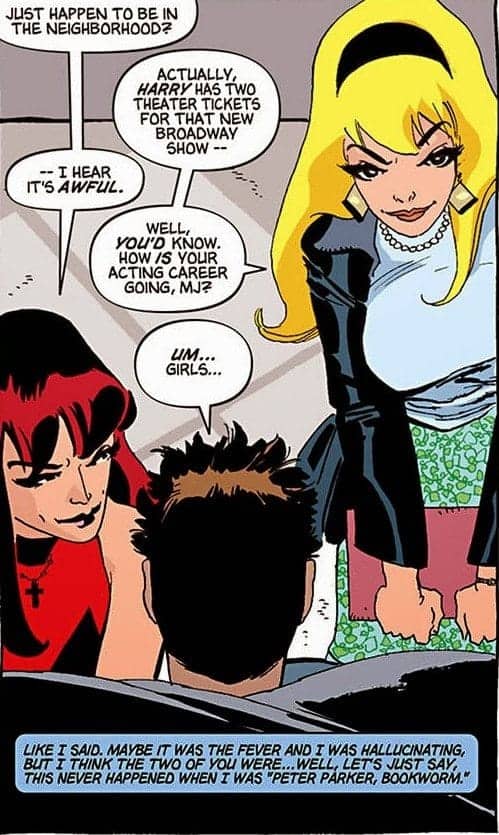 The story’s actually told in retrospect, with Peter in the present-day looking back upon the past.  And he finds that, to quote his Uncle Ben, “Youth is wasted on the wrong people.”  He’s bumbling and confused, completely failing to pick up on the obvious hints he’s getting.  Years later, he’s still filled with regrets for the paths he never realised were there to take, and grief still tugs at his heart for the girl he loved and lost in such a painful way.

Of course, there are the super-villains.  Loeb weaves the various random battles of the day into a continuous narrative, and it’s a good idea, although the continuity police were a tad annoyed by it at the time.  There’s the traditional Spider-Man wit, albeit feeling a little forced at times (Loeb admitted in interviews that he found the humour difficult).  But the fact remains that it is Peter Parker who stands front and centre in this story, not Spider-Man.

‘Spider-Man: Blue’ is, in a sense, a fascinating book to read after watching the movies.  The Sam Raimi trilogy focused in on Peter Parker and Mary-Jane; Marc Webb honed in on Gwen Stacy, with Shailene Woodley’s Mary-Jane actually cut from ‘The Amazing Spider-Man #2’.  But in ‘Spider-Man: Blue’, we picture an adolescent world where nothing is so clear-cut, where there are two love-interests and it is tragedy that will make the choice for Spider-Man.  Life is never quite so simple as the movies, and Peter Parker’s life – filled to the brim with the ‘Parker Luck’ – should be one that looks more real than most. 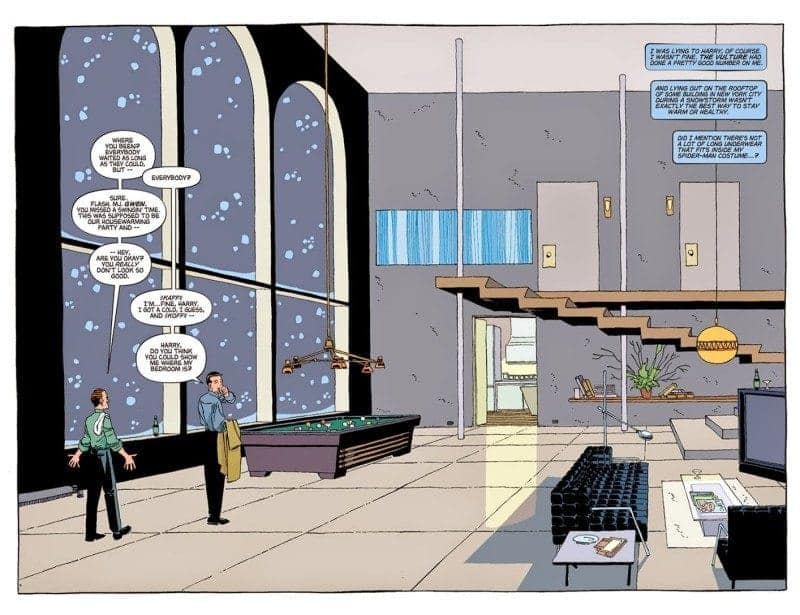 Of course, Tim Sale’s art is beautiful.  At times a homage to the original art, at times fresh and innovative, Sale makes ‘Spider-Man: Blue’ a book to remember.

So there are the lessons ‘Spider-Man: Blue’ has to teach us, as we think about yet another relaunch of Spider-Man.  First of all, notice that an origin story isn’t necessary – certainly not after two in the last fifteen years.

Secondly, if they really want to capture the character of Spider-Man on the big screen, then Marvel and Sony should abandon the neat formulas and dive head-first into the complex adolescent life of Peter Parker.  He should be a hero for his generation, one whose mistakes make us laugh and wince as we remember making those same blunders.

And thirdly, of course, Spider-Man should look simply amazing while doing it.