The X-Men are back in action in HOUSE OF X #3! So far in the overarching storyline of HOUSE OF X and POWERS OF X (which you can read about here), we have seen a new society of mutants living on the island Krakoa as well as a post-apocalyptic Sentinel run future.

What we haven’t seen, however, are the X-Men together as a team fighting for the good of man and mutant kind alike. That is, until this very issue! Not only do we get to see an X-Men space mission, but HoX #3 also explores further that of human/mutant relations. With that being said, let’s take a look at the latest issue in this amazing X-Saga, HOUSE OF X #3!

HOUSE OF X #3 opens with Cyclops telling Professor X and Magneto that he has picked the team of X-Men to join him on his mission. Those X-Men include Wolverine, Angel, Jean Grey, Monet, Nighcrawler, and Mystique. Their mission is to travel to a facility near the sun called Orchis to destroy a Mother Mold Sentinel before it comes online. The reason they are tasked with this mission is because of the information Mystique gathered from Damage Control in HoX #1. That information, plus Moira’s previous life knowledge, gave the X-Men all they needed to launch a strike.

Xavier and Magneto know they cannot allow the Mother Mold to be created. The creation of a Mother Mold goes hand in hand with the beginning of the end for mutant kind. Every time a Mother Mold comes online, a Nimrod Sentinel is never far from being created. With the creation of Nimrod, all of mutant kind is in jeopardy.  As you can imagine, there is a lot riding on this mission, and only the X-Men have what it takes to carry it out! Or…. do they? 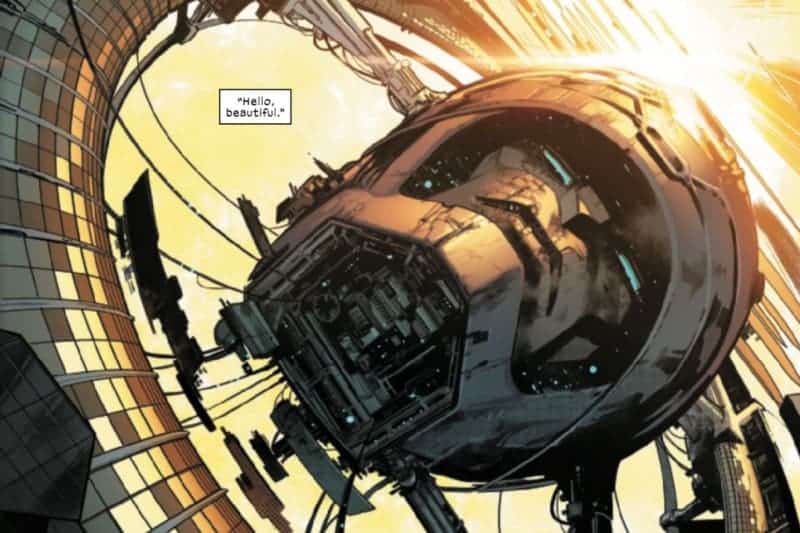 Was the Mission a Success?

Honestly right now, we can’t say whether or not the mission was a success. The X-Men definitely ran into a rough patch there at the end, but we’ll have to wait until the next issue to truly know. Wait, I’m getting ahead of myself, let’s back up.

Once the X-Men get close to the Orchis space station, they have Nightcrawler teleport into the station itself. Nightcrawler is using the information he learned from the Orchis schematics to locate the ejection collars for Mother Mold. Once those collars are released, the head of Mother Mold (which is all there is at this time) would be released from Orchis and destroyed. Nightcrawler verifies the location of the controls. The X-Men then bring their ship to said location. At which point, the X-Men begin their infiltration of Orchis.

One caveat, though, Orchis knows they’re there. While the X-Men try to breach Orchis, one of the crew leaders of Orchis builds a bomb. He builds it directly under the X-Men’s ship from inside the station. Once the bomb was completed, he detonated it, blowing up himself along with the X-Men’s ship. Yep, the X-Men got blown up and are all seemingly dead in HoX #3! At least that’s how it looks. Like I said earlier, we won’t know for sure until the next issue (stupid cliffhangers). However, as of right now, things are not looking good for our mutant heroes.

The Trial of Sabretooth

While the X-Men are fighting for the future of mutants in space, there are still human/mutant issues to be dealt with on earth. HOUSE OF X #3 takes a brief pause on the X-Men space mission to further explore an issue that was brought up in HoX #1. In HoX #1, Sabretooth was caught by the Fantastic Four after he, Toad, and Mystique broke into Damage Control. Cyclops tried to bring Sabretooth back to Krakoa claiming that since he was a mutant, he would face mutant justice. However, the Fantastic Four stated that since he broke many human laws in New York, Sabretooth would have to face human justice. Cyclops agreed in order to keep the peace. Cyclops also said, however, they would deal with this touchy issue another way at a later time. That later time is now, in HOUSE OF X #3.

The scene opens with an exterior view of Project Achilles, a superhuman supermax prison. Inside Project Achilles, the trial of Sabretooth is taking place. Before the proceedings really begin however, with the entrance of some additional mutants. Emma Frost, along with her Stepford Cuckoos, walk into the courtroom with the purpose of bringing Sabretooth back to Krakoa with them. Krakoa has become a sovereign nation, and by the decree of the U.S. State Department, all mutants have diplomatic immunity within the U.S. due to the fact that any born mutant is automatically a citizen of Krakoa. Much to the dismay of the humans in the courtroom, they have no choice but to let Sabretooth go. At least Sabretooth gets a happy ending in this issue of HoX! 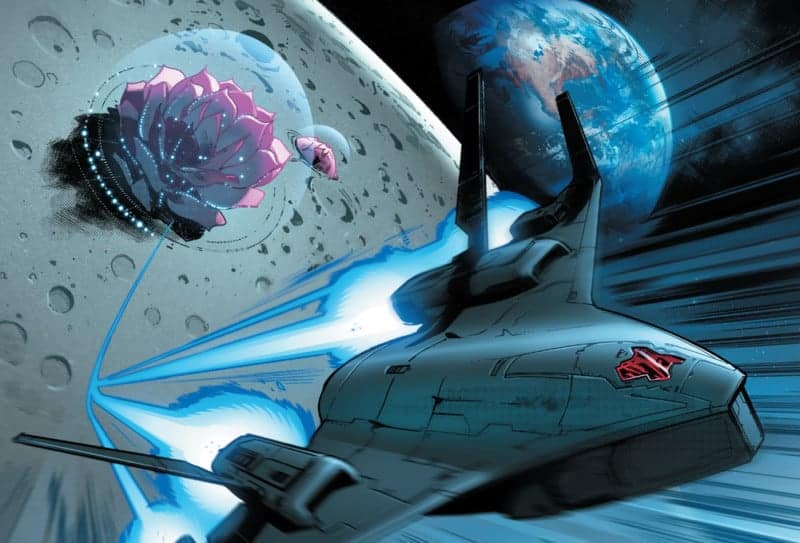 What Could Happen Next in HOUSE OF X and POWERS OF X?

In my opinion, I don’t think the X-Men are dead in this issue of HoX. I know that sounds obvious, but based on the style of this story I wouldn’t put anything passed Hickman. I think the X-Men saw the explosion coming, or they used the obvious infiltration with their ship as a distraction. Nightcrawler could have teleported them all into the space station to carry out their plan. Meanwhile, the crew on Orchis could have been distracted by their ship.

I think Sabretooth’s portion of the story is resolved for now. However, I don’t believe the Fantastic Four will like the outcome of Sabretooth’s trial very much at all. Tensions are already high between the Fantastic Four and the mutants, as shown in HoX #1. The payoff for that is currently unknown, though I’d bet we have seen the last of that growing conflict. 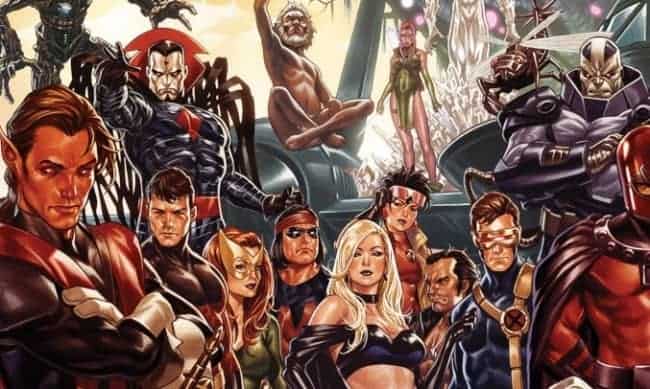 HOUSE OF X #3 was absolutely incredible. I personally love it when the X-Men go on space missions (Phoenix Saga, Fatal Attractions). To see that as a part of the HoX/PoX storyline was amazing. I also loved the inclusion of Sabretooth’s trial. I felt that it really shed a lot of light on the state of human/mutant relations. The trial, or lack thereof, also grew off of the initial conflict that Sabretooth’s arrest created. Overall, HoX #3 was an awesome addition to the HoX/PoX storyline. We got to see the X-Men fighting together again as well as take a deeper look into their larger world. I am very excited to see where the story goes from here, and especially since this comic ended on a cliffhanger, I REALLY can’t wait until the next issue!