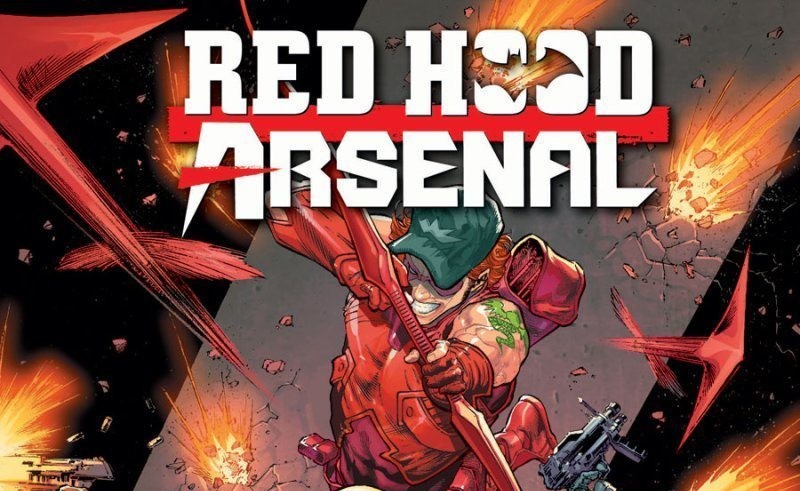 The final issue of RED HOOD/ARSENAL marks the end of the bromance. Writer Scott Lobdell has been with these characters since their days as outlaws. In this last issue, Lobdell provides interesting character analysis for the titular characters, but the villains and story are less than desirable.

READ: Check out our review of BATMAN #1 apart of the new REBIRTH storyline

The comic opens with Joker’s Daughter taunting Arsenal. One of the villains of the Iron Rule, a group of bad guys Arsenal put away during his time as a mercenary, threatens to kill him. Red Hood fires a shock arrow into the villain without any hesitation. Arsenal knocks out the other members of the Iron Rule before Red Hood has a chance to kill them as well. It ends up being Arsenal who brings down Joker’s Daughter in front of all the people who were watching from their electronic devices. After that, Red Hood reveals how the two men are different and how their differences prevent them from continuing their partnership. The issue ends with a flashback to the two heroes meeting each other for the first time as sidekicks — and hoping that one day they’ll be partners when they grow up. 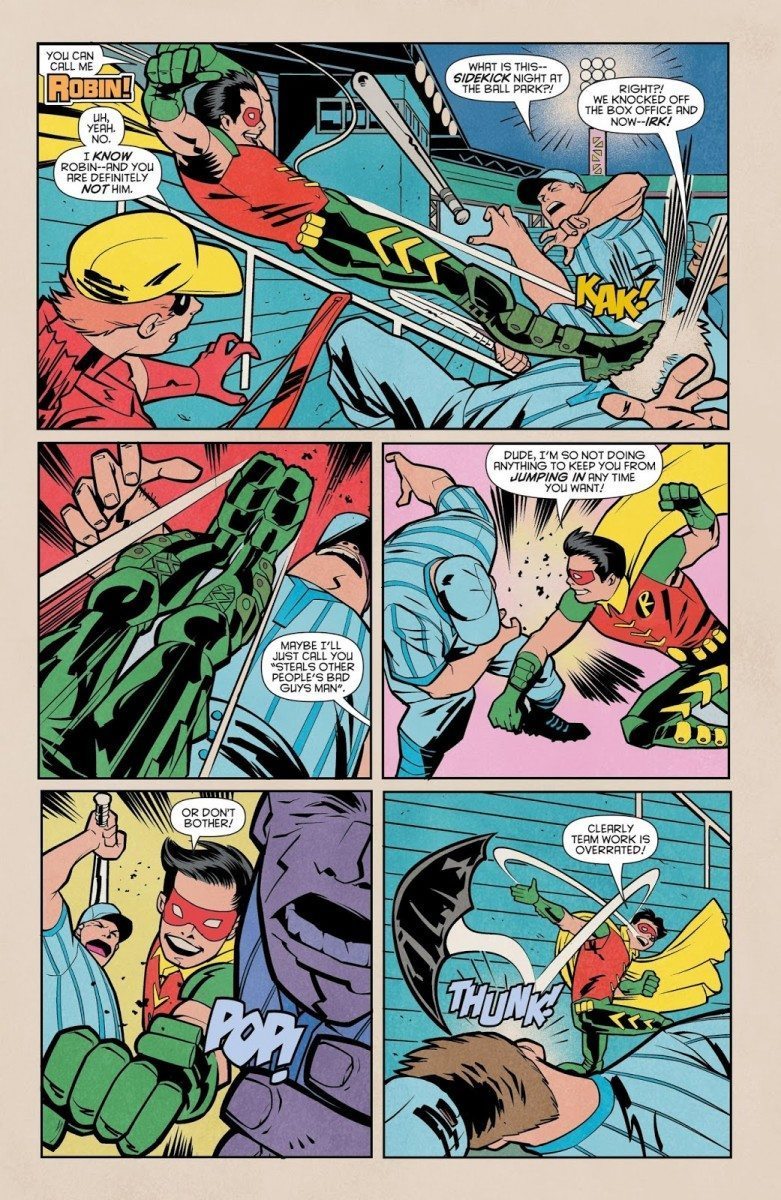 The aspect I enjoyed from this issue was the character analysis of both Red Hood, AKA Jason Todd, and Arsenal, AKA Roy Harper. Jason is a hardened individual who has no qualms killing every member of the Iron Rule in order to save his friend. Roy, meanwhile, feels guilty after taking out a woman who orchestrated a plan to have him publicly executed just for laughs. However, in this issue alone both prove that they have influenced one another in their time together. After Roy knocks out the remaining members of the Iron Rule, Jason could have easily killed them. Instead, he chooses not to because they aren’t able to defend themselves a decision that Roy would have made. Later, Roy puts down Joker’s Daughter, which is definitely a decision Jason would have made.

Lobdell showed readers that these differences make these two men great friends, but lousy partners. They constantly bicker over the degree of punishment they should deliver or when to show mercy. In the end, the two are better off going their separate ways. In fact, this final issue sets up Roy’s return to being a hero and Jason’s return to being an outlaw. Both are embracing who they really are, and will hopefully be happier for it.

READ: Want to brush up on your Teen Titans? Check out our essential comics for the TEEN TITANS

Overall, unfortunately, the issue is very underwhelming. The villains are extremely forgettable. The fact that Jason is able to easily kill most of the Iron Rule takes away from the already small threatening presence they possess. This storyline attempts to be a commentary on the lack of empathy people possess nowadays, but only Jason says one line on the topic. It isn’t enough; they could have delved into that more.

After that occurs, the interesting character analysis is present in the comic, but then it just ends abruptly. Jason tells Roy why they can’t be partners anymore and leaves. Comic book fans that follow these characters know that Red Hood and Arsenal eventually join new teams — but will they remain friends despite no longer being partners? This ambiguous ending left me feeling unsatisfied.

The final pages of the flashback look almost cartoonish. I understand it is clearly a callback to the Bronze Age of Comics, but they appear too angular. It is a stark difference from the realistic and gritty artwork that was present earlier in the issue.

This final issue is worth checking out if you’re a RED HOOD/ARSENAL fan. However, casual readers aren’t going to miss much if they skip this comic. Lobdell’s character analysis may have been fascinating to read, but it doesn’t make up for pitiful villains and an unengaging storyline.