Rob Cohen: I always loved comics from the time I was ten, but the reasons for that love have changed over time. At ten, I was all over SUPERMAN. I thought “how cool, to fly, to be that strong.” I made a complete fool of myself one Saturday by going out in a pair of tighty-whities and a bed sheet safety pinned to my shoulders. I even drew a half-assed “S” on a white t-shirt. I challenged my neighbor to a foot race, and dammit if I didn’t run with my arms out in front of me. Of course, I lost and was totally humiliated, but at least I had shown my support for my hero.

Later at 12, I became obsessed with ARCHIE comic books because I just loved Veronica. She was my ultimate 1st crush. To a 12-year-old boy, she was the image of perfection. Never missed an issue. After that, it was all BATMAN all the time. I was dark, the world was dark, brooding was what he and I did best. But BATMAN was washed away by Bob Dylan, the Beatles, and more musical, less graphic heroes raging on the scene.

But each time I go to make a movie, I want to find a way to make the audience experience it with the rapt attention and personal transportation to other universes that I felt back then. Working on RED DOG has been a surge forward to new challenges and backwards to that boy inside simultaneously. It’s been the biggest thrill for me in a very long time.

READ: Love sci-fi? Find out what our favorite sci-fi Comics of 2016 were!

CV: Have you found that story building in comics and film are similar? What are the major differences, if any, between the creative processes?
RC: Building stories is the same in every medium. You have to know your audience and listen to your inner storyteller struggling to find the words, the images to journey within yourself and then to share it with others. All the different forms are just empty vessels. The content is everything, and where you pour it is a choice. Luckily there are so many choices…

CV: RED DOG appears to be similar to sci-fi classics like STAR WARS, STAR TREK and ALIEN – the Tatooinesque landscape, the droids, inter-species conflict, etc. What inspired you to write RED DOG and what would you say makes it stand out against other sci-fi?
RC: RED DOG has many antecedents just as all the films you’ve mentioned had their references. George Lucas loves Akira Kurosawa. An early draft of STAR WARS I read back in 1974 was more like HIDDEN FORTRESS and R2D2 and C3PO were actually the stars! I don’t want to imitate those sci-fi masterpieces, but I do have a tale to tell, one that has as much humanity as alien stuff, one that wants to have some true emotion as well as all the pyrotechnics.

READ: Interested in RED DOG, but haven’t picked it up yet? Read our review and find out why we think it’s worth your time!

CV: The story takes place on Kirawan, the “worst place ever”. Where does the name come
from? How much research did you have to do, if any, for the sci-fi aspects of the comic?
RC: Kirawan comes from a Russian girl I dated for awhile. Kira was her name. She was gorgeous, talented, and very, very dark. I thought, “how fitting?!” 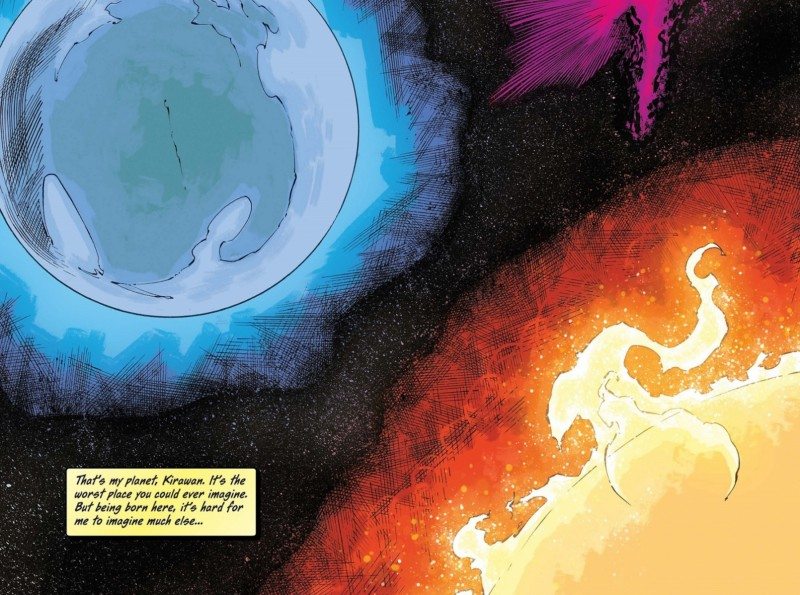 As a devotee of the arena, I have been studying sci-fi my whole life. After my comic book period, and when I had enough Bob Dylan, Heinlein and Asimov became more of my focus. Rod Serling and TWILIGHT ZONE fired my imagination, and from that period of discovery I have never recovered. RED DOG came to me in a flash, and I went right at it. All the characters came alive to me as I wrestled to discover their world and their emotions. After all, the love of a dog, the rejection of a father, the feeling of displacement, of not belonging until you find an object for all that pent up love and longing, like the laws of physics, they must apply throughout the universe. At least they do in mine.

CV: RED DOG is in its thrilling beginnings. Do you plan on continuing to tell stories through comics?
RC: I am stunned by the positive reviews RED DOG has received and so grateful for them. I am very moved that the comic community has been so gracious to a newcomer, an outsider like me. I brought my whole heart to the story of Kyle and his Dog and it has been so gratifying to see these characters and this yarn find receptivity in a world where devotees are sharp and sometimes wary of outsider motives. RED DOG is my passion project and if I can make it into a movie someday, I will die a happy man. But more important than that, it has found its form as a graphic novel thanks to the brilliant folks at 451 and a day does not start that I don’t look at a copy of to the first issue framed on my wall and smile. I thank you all for sampling it and, for the critics and writers who have been so kind, I am forever touched by your faith. I hope the twists and turns of the story continue to excite you as they unfold. 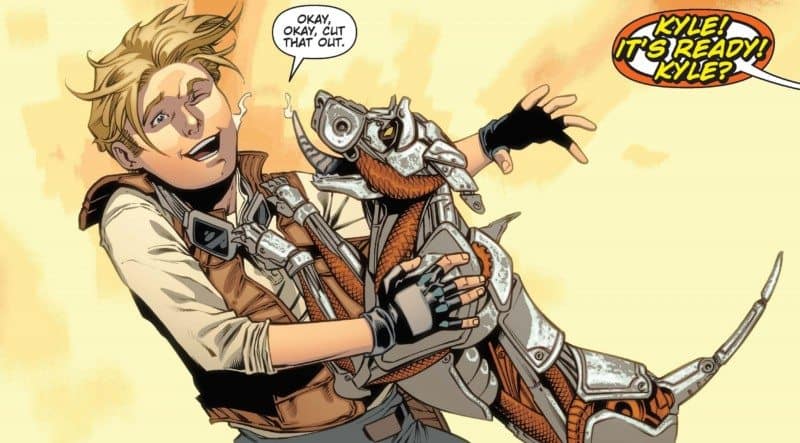 Find RED DOG #2 at your local comic book stores on January 11, 2017 and watch the incredible 451 Media trailer for the series.

This interview has been lightly edited.