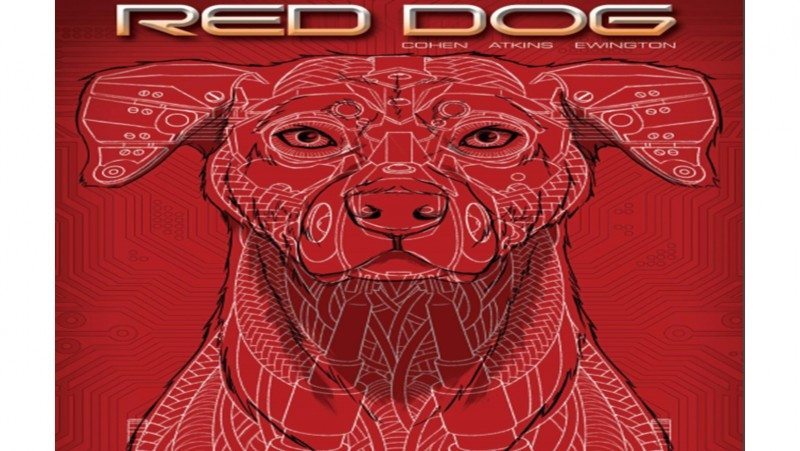 From publisher 451 Media Group comes the sci-fi epic RED DOG! It features the age old story of a boy and his dog, but since this is a sci-fi story, there are some twists. Among these twists are the facts that the boy lives on a distant alien planet and his dog is a robot. Writers Rob Cohen and Andi Ewington incorporate several other common sci-fi elements in their story. Let’s see how they utilized these sci-fi elements in their first issue!

The story opens with some exposition from our main character, Kyle. He is the only kid in his mining colony, which consists of about 200 people. To help him feel less alone, Kyle’s uncle Jack built him a robotic dog named Quantum (Q for short). Kyle’s family and the rest of the colony have inhabited the planet Kirawan to mine for an element known as Imperium. The unique traits of Imperium make time travel possible, which makes it extremely valuable to everyone in the galaxy. The humans living on Kirawan make their living providing wheat and Imperium to the people of Earth. However, there are alien natives living on Kirawan who are not too pleased to have humans on their planet. During Kyle’s first Kirawan-Earth exchange, the alien natives attack, leaving the issue on a cliffhanger! 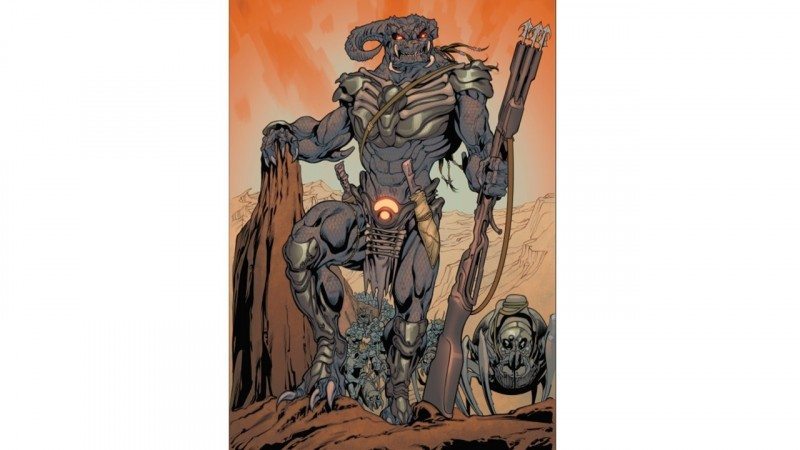 I loved the way this issue balanced exposition and backstory. It slowly provided information on both the characters and the world they live in without overwhelming the reader. For anyone familiar with Rob Cohen’s work in films, RED DOG is a departure from them. His most notable works are THE FAST AND THE FURIOUS and THE MUMMY: TOMB OF THE DRAGON EMPEROR, and these films fall under the action/adventure genre. Perhaps Cohen wants to branch out into other genres, and so far he is killing it in sci-fi! I have not read much of Andi Ewington’s work yet, but if it is anything like RED DOG, I’m picking it up immediately.

The best quality this comic possesses is that it has several sci-fi elements that I’ve seen several times before, yet the issue made it feel as though I was experiencing them for the first time. Some of these elements include the location being on a distant planet, a robotic companion, and a protagonist who wants to prove themselves. That last one is not exclusive to sci-fi stories, but I’ve seen it enough times now that it could have easily been stale in the hands of a less capable creative team. This first issue set up a lot of the story, and depending on what the writers want to do, it could go in several directions. I’m so excited to see where this story will take readers, and you will be too once you’ve read the issue. 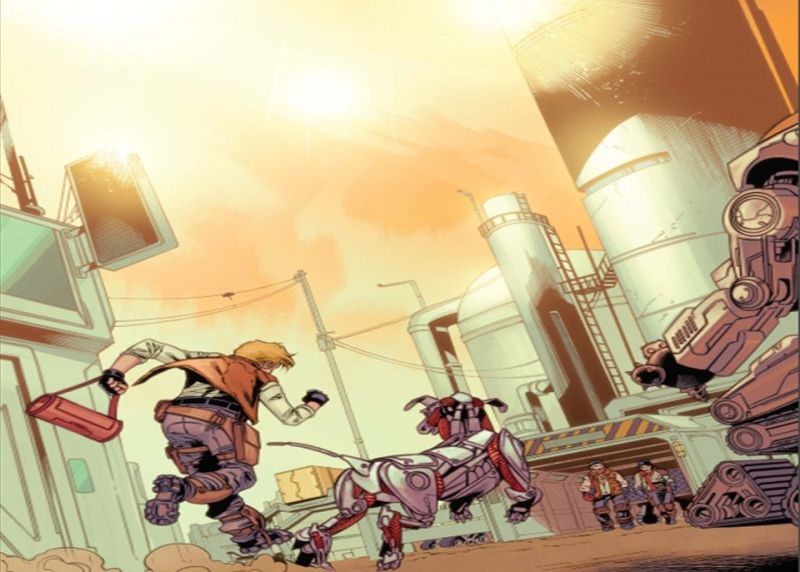 On to the artwork by Rob Atkins; it’s colorful and sharp. The space scenes at the beginning of the comic are gorgeous. The mix of bright vibrant colors really makes the planets pop within the panels. The buildings on Kirawan have that sci-fi feel to them, yet they’re more run down and rugged — similar to sets on FIREFLY. As for the characters, the most expressive ones are definitely Kyle and Q, which is fine since the story is going to be about those two. But the coolest-looking characters in the issue are definitely the alien natives. They are like giant gray bugs with an arsenal of weapons riding on huge beetles! I really hope Cohen and Ewington provide a name for these aliens in the next issue.

READ: Finished STRANGER THINGS? Check out our list of essential viewings to get your 80’s fix

In the end, RED DOG is a must read for anyone who is a fan of the sci-fi genre. I also recommend this series to anyone who is a dog lover, as I can already tell the book is going to tell a beautiful pet and owner story. RED DOG #1 will be released this November, so be sure to check it out!