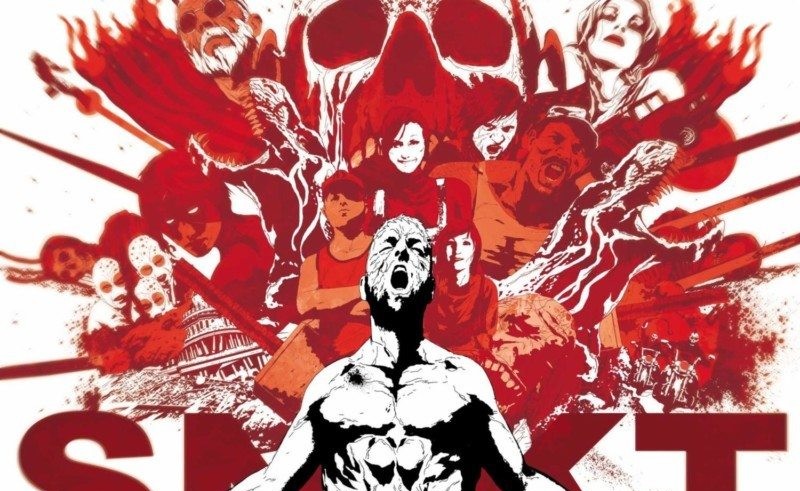 With so many Marvel titles being released and suggested each month, it can be daunting to decide what to read next. If you’re looking for a new spin on a classic character, OLD MAN LOGAN is worth checking out.

In 2008 during Mark Millar’s second run on WOLVERINE, the character of Old Man Logan was created. Set in a dystopian world where villains have finally won and taken over the United States, WOLVERINE depicts the life of Old Man Logan, a man whose greatest gift and curse of regeneration has him once again creating a new life for himself. Without going too heavily into spoilers, Logan meets an aged Hawkeye and the two set out on a mission to deliver a secret package.

Flash forward to 2015 when Marvel’s SECRET WARS was released. In this storyline, dozens of alternate timelines were showcased as interconnecting worlds in a land called Battle World, a landscape created by Doctor Doom. During this event, Brian Bendis and Andrea Sorrentino took the reigns of this fan favorite character and made Old Man Logan a catalyst in connecting the realities of Battle World. 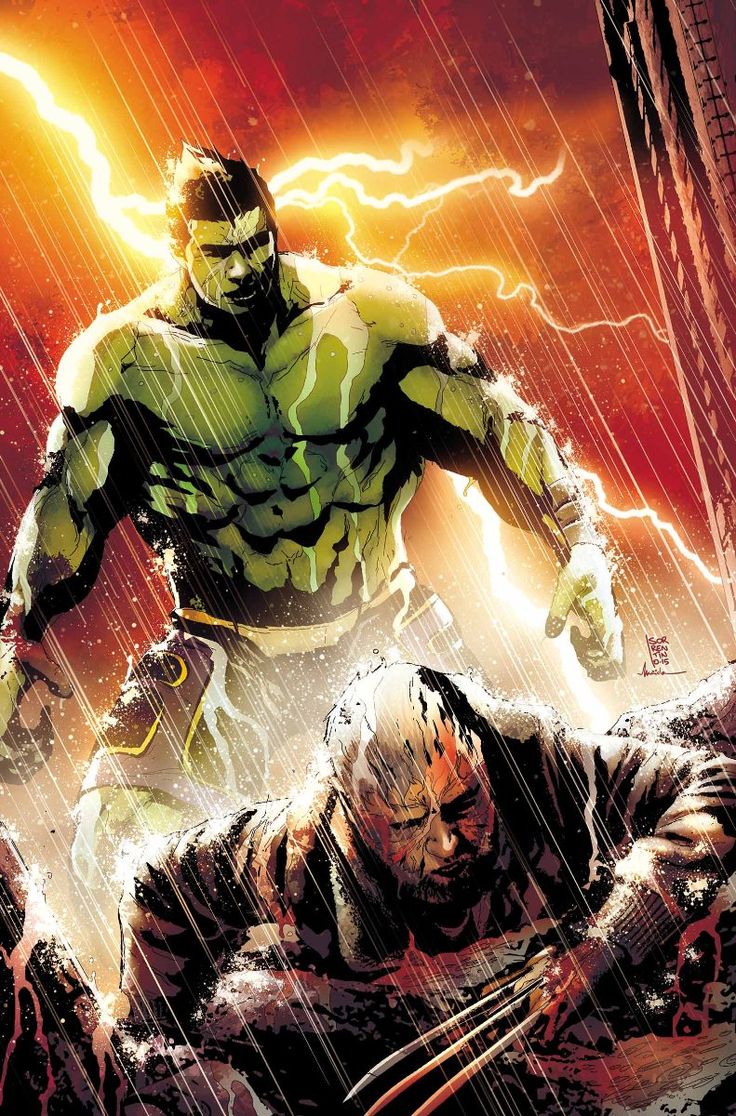 Post “Secret Wars” brought us Marvel’s current brand title, All-New All-Different. In this launch, Old Man Logan was given his own ongoing series in the mainstream Marvel Universe written by Jeff Lemire and drawn by Andrea Sorrentino. This series has proven itself to be gritty and dark while also sentimental and sincere. As this aged incarnation of Wolverine finds himself in a dynamically different world, we are able to see the Marvel Universe with a unique lens.

And perhaps that’s why I am loving OLD MAN LOGAN so much. Logan is a true loner. He has very little connection to this Marvel 616 Universe and is free of the continuity issues associated with Wolverine. With these opportunities to be free come three major reasons why I urge everyone to read OLD MAN LOGAN.

One of the most unique things about this series is its ability to have an aged classic character witness a familiar yet completely different world. From the beginning of the series Lemire depicts Logan as an unsure man, where his wisdom and confusion are juxtaposed to create a mash of emotions, and this is only assisted by Sorrentino’s artwork. Everything almost feels like a dream, like the world we’re witnessing alongside Logan isn’t actually real. Lemire has Wolverine spending time in early issues attempting to fit this world into his own, but inconsistencies become obvious. He sees past friends and allies who don’t fit into what he remembers. Honestly, Logan is almost living in a memory, where the setting matches but the details are distorted. It’s appropriate that all of this comes immediately after “Secret Wars,” where even periodic readers are discovering new and fascinating settings.

What drew me in immediately while reading OLD MAN LOGAN #1 was Sorrentino’s artwork. To be honest, it’s one of the reasons I continued reading after Bendis’ run during “Secret Wars.” Sorrentino’s action shots draw your eye into each scene, and because this is Wolverine, you can be sure that every issue has some type of conflict where claws are released and chaos ensues. Both Sorrentino and Lemire are true to Wolverine’s brute nature in this series. Sorrentino’s choice of red during conflict amplifies the raw anger inside Logan wonderfully. Then there are the micro panels that zoom in on blood and physical shots drawing you into exactly what’s being damaged. If this is something you missed with the character while reading him in team-oriented books, you’ll get your fix here. Colorist Marcelo Maiolo touches up Sorrentino’s drawings nicely with desaturated coloring and atmospheric shades. 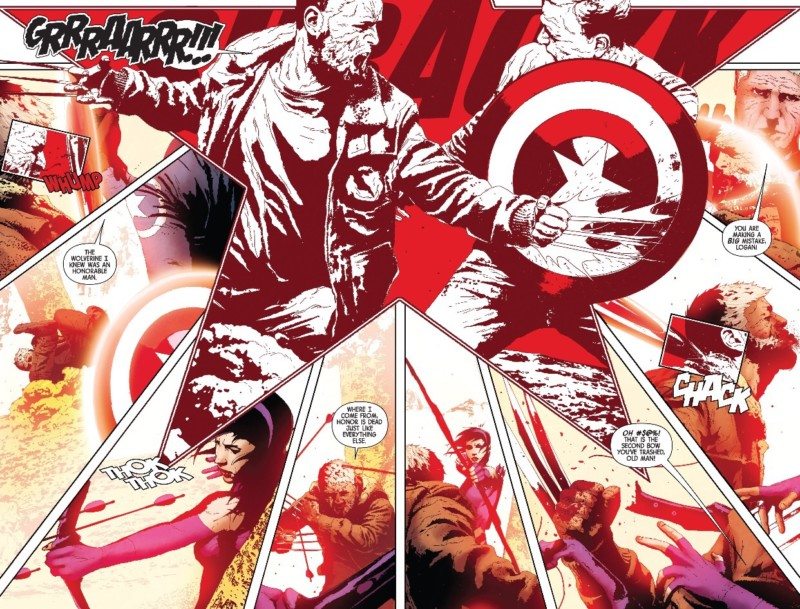 Finally, the series has been unpredictable. Without giving away too many spoilers, OLD MAN LOGAN has Wolverine travel to Canada and Japan, two countries he has deep roots in. Future issues even feature Logan traveling to Romania with the Howling Commandos. I cannot help but love how this man from a different time is traveling the globe and finding his way in a world he considers lost. The results of these explorations give Old Man Logan time to reflect on his past life. Again, it allows for us as readers to view the Marvel universe with a pair of fresh eyes given to us by a familiar yet foreign character. There are plausible paradoxes in this series due to the reality and time shift, and with that comes good comic book excitement and suspense.

READ: Catch up with our latest review of OLD MAN LOGAN #12!

Something that I’ve always loved about Wolverine is his loneliness. He’s a character many can empathize with when thinking of previous relationships in our own personal lives. OLD MAN LOGAN amplifies these feelings and paves the way for soul-searching adventures that made the character so likable in the first place. If you’re looking for a beautiful book with a unique spin on a staple Marvel character, I highly recommend reading OLD MAN LOGAN.