Based on true-ish events, RASPUTIN, over the course of 10 issues, has covered myths, magic, life, death, the supernatural, Russian Folklore, World War I, and American politics. Can issue 10 wrap it all up?

In a word? No. But it’s not supposed to. There was a lot covered in RASPUTIN, but all it did was hint at more. Rasputin finishes his interview with Tolliver, and brings to a close his Russian adventure. With Koschei dead, a nail driven into his skull, it would appear that Rasptuin’s troubles would be over. Alas, the city believes Rasputin dead, a violence-fueled revolution takes place and threatens to take the Tsar and his family with it.

The whole issue permeates with sadness as Rasputin desperately tries to save the family that has meant so much to him. But sacrifices must be made, and not everyone makes it out alive. In the end, he saves who he can, and sets in motion his adventures in the West.

READ: How it all began. Read Andrews Issue 1 review here!

With that, Tolliver’s meeting with Rasputin ends. Not, however, without a promise of future stories, and the hint that Rasputin may have someone to leave his legacy behind to. Grecian has given the reader so much over the course of the story, and this final issue (for now) packs an emotional wallop AND leaves you with a sense of glee at the potential for more. The heartbreak involved as the Tsar’s family attempts to flee leaves you with a heavy heart, but leads to a world of storytelling possibilities.

Riley Rossmo on art is exquisite. His pencils have been rough, scratchy, and so full of character. He has created giants, dwarves and men, all full of life. His resurrection scenes brim with electrical energy, and, with the beautiful colors of Ivan Plascencia, he has created a bygone era of history that feels old. Once again he shines here as the the scenes of revolution carry a fire that leaps off the page and carrie you, helpless in its charge. 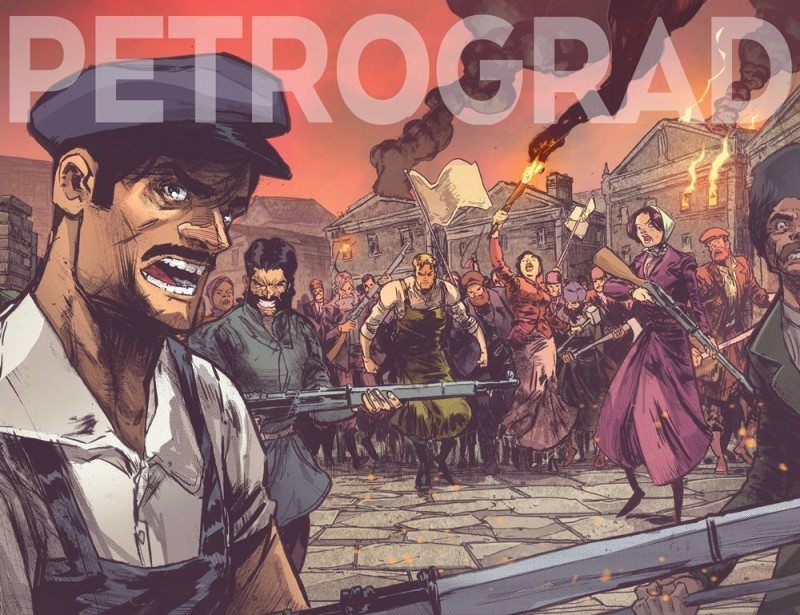 I was fortunate enough to talk to Riley at NYCC recently, and he said that RASPUTIN is the work he is most proud of. You can absolutely understand why. I also need some of the original artwork in my life. It’s just so eye-catching. Thomas Mauer does a great job on lettering, letting the flow of the dialogue lead you through each panel, but giving the art room to breath.

In the end, this has been a great comic month-in-and-out. It has created a great spin on a character that continues to fascinate to this day. I loved reading these issues each month and cannot wait to delve back in once it’s out in trade (Volume one is already out).

Bolshoe Spasibo to Alex Grecian, Riley Rossmo, Ivan Plascencia and Thomas Mauer. It’s been an adventure I’m glad I’ve been a part of.