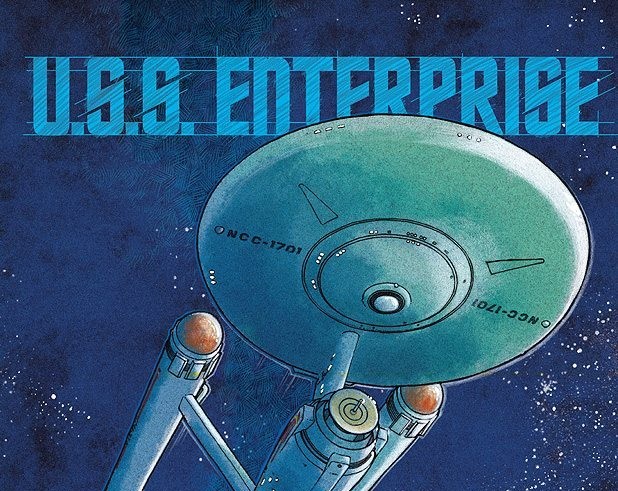 2016 marks the 50th Anniversary of the STAR TREK franchise. Over the course of those five decades, there have been five on-going Trek series totaling over 700 episodes. However, one could argue that the twelve feature films released since 1978 resonate just as strongly in the pop culture consciousness, perhaps stronger in some cases. With the franchise’s thirteenth film, STAR TREK BEYOND, scheduled for release this year, now seems like a good time to sit back and look at that cinematic legacy.

Starting below I’ll be ranking the Trek films from worst to best, 12-7 this week and 6-1 next week. While obviously these opinions are strictly my own, I feel I’m at least qualified to voice them. I’ve been a major STAR TREK fan since I was about four years old, have seen all the films and every episode of every series, read many ancillary novels and comics, and even owned a TNG-era uniform (operations division, for those curious) at one point in my life. Now that that’s out of the way, on with the list:

There have been several bad STAR TREK films, even a couple of terrible ones, but none are close to the series’ fifth entry from 1989. The plot of the William Hatner-directed FINAL FRONTIER begins with the Enterprise-A crew being called back from shore leave to rescue a group of diplomatic hostages. However, they arrive to find that the hostages have found begun worshipping their captor Sybok, Spock’s heretofore unknown brother. He and his followers commandeer the Enterprise and head to Sha Ka Ree, the planet at the center of the galaxy where God supposedly lives. The film climaxes with a confrontation between Kirk, Spock, McCoy, Sybok, “God,” and a group of Klingons.

Trek tackling religion could be, and has been on television, a fascinating subject to explore. However this film, penned by David Loughery based on a story by Shatner, Loughery, and Harve Bennett, is a disjointed mess. It thematically shifts from comedy to drama to hackneyed spirituality with no rhyme or reason. Performance-wise most of the cast phones it in, outside of Shatner who delivers a performance worthy of all the Kirk parodies that have been seen in mass-media. The film was a critical and box office bomb that nearly led to the death of the film series.

The very first STAR TREK film is unfortunately one of the series’ weakest entries. The original cast (except for Leonard Nimoy) were set to reunite on a new series entitled STAR TREK PHASE TWO. Scripts were written, sets were built, and new characters were cast. After the massive success of STAR WARS and the failure of the Paramount Network that the show was scheduled to air on, however, the series was cancelled and its pilot was rewritten into a film directed by Robert Wise. Nimoy did wind up returning, teaming with the rest of the crew to battle a mysterious technological entity that seems hellbent on destroying humanity.

The biggest issue with THE MOTION PICTURE is its pace. The movie moves almost comically slowly, punctuated by a series of “glory-shots” of the new Enterprise model that lasts for nearly twenty minutes. Beyond that, the plot is a bit of a mess. The enemy is never clearly defined, so the reveal of its true nature falls flat. The cast plays everything straight‒‒too straight in fact, downing any of the humor and self-awareness that was a big part of the original television series and later films. The film was enough of a hit to warrant future films, but the negative reaction to the story led to Trek Creator Gene Rodenberry being blackballed from the film series.

This 2002 feature is the final adventure of the crew from STAR TREK: THE NEXT GENERATION, and it’s unfortunately a terrible way to say goodbye to Captain Picard and co. The film is set after The Dominion War (a Trek WW2 allegory that featured heavily on DEEP SPACE NINE) and features the Enterprise-E attempting to defeat a previously unknown clone of Captain Picard from destroying the Federation. Along the way, Picard deals with his own mortality, Commander Riker and Counsellor Troi get married, and android Data reactivates an earlier prototype model of himself not so cleverly named B-4.

NEMESIS tries to pack the movie with action, character, and fan service and succeeds at none of them. The fight scenes, both hand to hand and in space, don’t feel at all like STAR TREK, clearly having take inspiration from the then current STAR WARS prequels. Particularly embarrassing is a dune-buggy chase scene that looks like it was rejected from a knock-off FAST AND THE FURIOUS movie. All of the character bits, outside of possibly the wedding, feel out of nowhere and forced. NEMESIS was a critical and commercial bomb that enraged what was left of the fan base and knocked Trek out of theaters for almost seven years.

READ: Explore more from our culture section looking at the CALL OF DUTY series.

The TNG crew’s first foray into cinemas fares only slightly better than their final entry. The 1994 film follows the Enterprise-D crew as they hunt down the villainous Soran who, along with the help of the evil Klingon Duras Sisters, is attempting to harness a temporal rift known as the Nexus. After being sucked into said Nexus, Captain Picard is aided by Captain Kirk, who had been taken by the Nexus years before.

GENERATIONS isn’t a terrible film. In fact it’s much better than the previous entries on this list. However, it suffers from too many disjointed plot threads. In various DVD commentary tracks, writers Ronald D. Moore and Brannon Braga attribute this to studio interference insisting Kirk be involved and stretching themselves too thin as they were writing the feature-length TNG finale at the same time. This led to most of the TNG cast getting ignored in their own film and the *SPOILERS* highly unpopular death of Kirk. The film was a financial success however and led to three more TNG films, including one of the franchise’s finest entries.

Legend has it that following his character’s death in the the previous film (which we’ll talk about next time) the only way Leonard Nimoy would return to the role of Spock was if he could direct the next film, which the studio agreed to. Nimoy’s film, with a script from Harve Benett, follows the Enterprise crew as they steal the ship and head back to the Genesis Planet in order to reunite Spock’s Katra (spirit) with his body. Unfortunately they’re ambushed by a rogue Klingon ship whose crew seeks the mystery of Genesis Planet. They succeed in getting Spock’s body back, but suffer the losses of the ship and Kirk’s son David.

SEARCH FOR SPOCK is where our list transitions into good STAR TREK films. The movie’s biggest strength comes from its character moments. DeForrest Kelly’s turn as Dr. McCoy with Spock’s Katra inside his brain may be the actor’s best performance in all his Trek appearances. The entire theft of the Enterprise sequence is spectacular as well. However, the battles with the Klingons lack the gravitas of the previous film’s battles with Khan and really drag down the third act. Thanks to the anticipation for Spock’s return, the film was a hit, but it’s not commonly remembered as a highlight of the series.

After 2009’s reboot/alternate universe tale brought STAR TREK back to the multiplex in a big bad way, director J.J. Abrams and his Bad Robot cohorts returned with 2013’s INTO DARKNESS. The film follows the re-cast Enterprise crew as they try to get to the bottom of a deadly conspiracy that threatens to destroy the Federation from within. The film eventually reveals that Benedict Cumberbatch’s character is actually the Abramsverse version of Khan and the film turns into a pastiche/homage to THE WRATH OF KHAN.

STAR TREK INTO DARKNESS gets a bad wrap in my mind. It’s far from perfect (the plot becomes convoluted, the Khan reveal is easily telegraphed, and the homage elements become so overbearing that it borders on embarrassing) but it’s far from the worst Trek film as die hard Trekkies have voted it several times. The cast, headlined by Chris Pine, Zachary Quinto, and their cohorts from the 2009 film deliver knockout performances and are the highlight of the film. INTO DARKNESS was a finial success, though it didn’t make as much as its predecessor and led to some creative changes behind the scenes before the upcoming STAR TREK BEYOND.

Thank you so much for joining me for this countdown. If you think I’m right, or if you think I’m totally off my rocker, make sure to comment below or reach out to ComicsVerse on Twitter to let me know. Most importantly, make sure to be here next week for the top six STAR TREK FILMS.