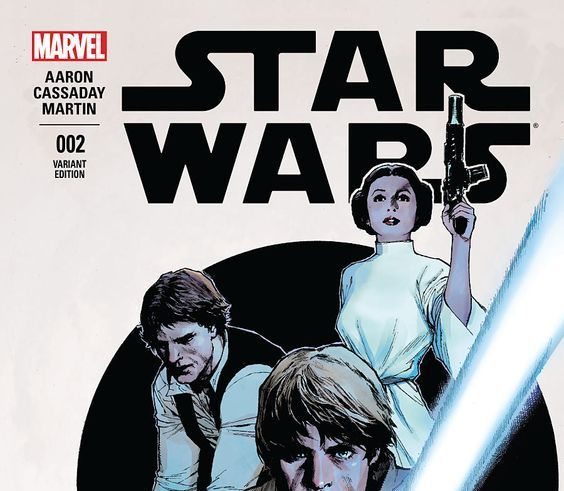 With the new HAN SOLO series dropping next week and the official FORCE AWAKENS comic dropping not long after that, we looked back on almost a year and a half of STAR WARS comics from Marvel. There were a lot of highs, a few lows, and a ton of fun. Here is our ranking of all of Marvel’s STAR WARS series so far, from worst to best. 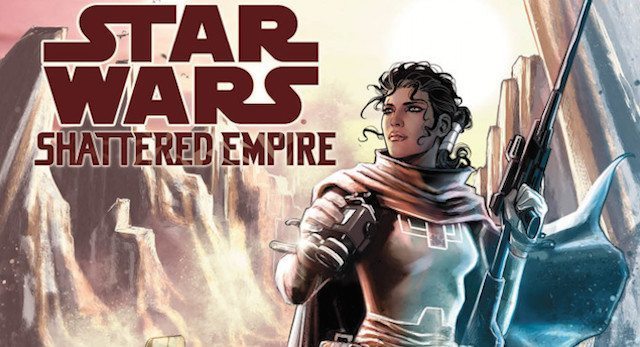 SHATTERED EMPIRE was to be the first series that took place after the events of the original trilogy, and promised the first look at what the post-Empire world looked like in the wake of the second Death Star’s destruction. Unfortunately, there wasn’t much to see. What could have been an exciting series filled with new places and mythos was a clichéd story that offered little more than what we already knew. It was drawn well, however, and featured some of the best action pieces in any STAR WARS book. It also offered a glimpse at Poe Dameron’s heritage, with a few clues as to why he’s possibly such a good pilot. Overall, though, it was a wasted opportunity.

8. KANAN: THE LAST PADAWAN by Greg Weisman and various artists 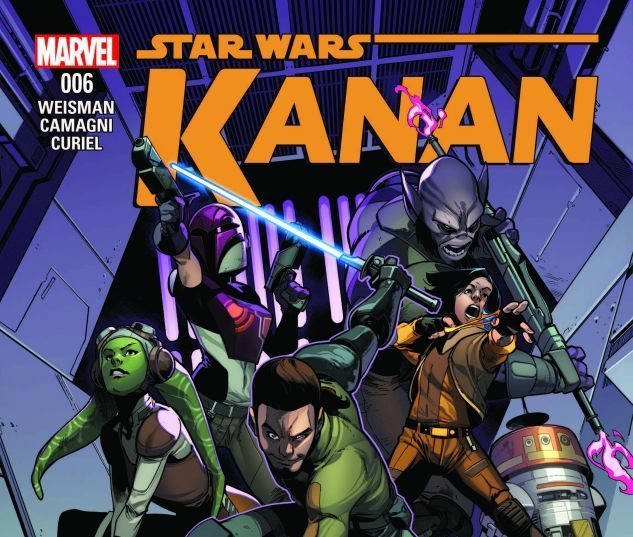 Kanan was one of the first series put out by Marvel, and was a ton of fun. It offered an all new look at life after Order 66 and was similar to the original trilogy in tone. Its only drawback, however, was its unfortunate tie to STAR WARS: REBELS. While it is an extremely well made television show, most comic book readers are unfamiliar with it and either stayed away from the book all together or found themselves lost at times. Nonetheless, it was still a well-told and well-drawn book, even if it was a bit lackluster at times. 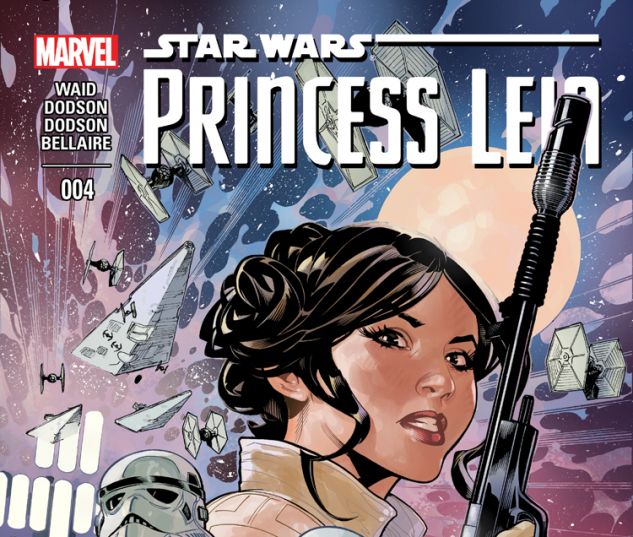 Waid and Dodson’s limited run that centered on PRINCESS LEIA and several new characters was imperfect and a bit slow, but overall a fun addition to the canon. It offered Leia a chance to shine on her own with the help of some great new characters and finally showed what it was like to lead a rebellion in the face of a terrifying threat like the Empire. It got a little redundant and slow toward the middle of its run, but still managed to add a lot of depth to Leia’s character in the time when she was in charge of the Rebellion. 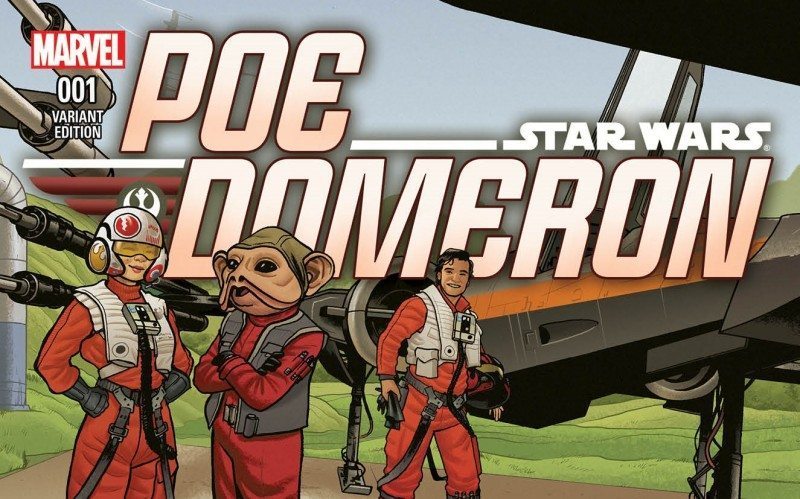 While only three issues in, Soule and Noto are giving one of the best new characters the spotlight he deserves. While he had limited screen time in THE FORCE AWAKENS, he still managed to walk away a fan favorite. Now, at the center of his own book leading his own fighter squadron in the events just before TFA, Poe shines on a charming and hilarious level. It also helps that BB-8 gets more time to be adorable. It’s also fascinating to see the First Order operate outside of Hux and Ren, an opportunity this book doesn’t squander. While it faltered a bit in the end of its third issue with some awkwardly out-of-place monsters, it still promises to reveal a lot about Poe, Lor San Tekka, and the world before the adventures of Rey and Finn. 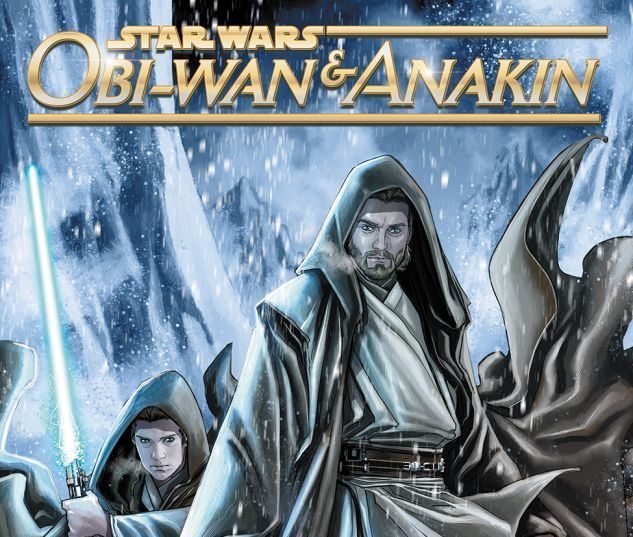 Charles Soule’s second foray into Star Wars (see his other work later in this list) was, much like SHATTERED EMPIRE, a missed opportunity in some ways. However, it was incredible in others. While it presented a tale from the prequel era, something tragically untouched in the new extended universe, it lacked the pizzazz its titular heroes had in the films. It was a somewhat forgettable adventure on a barren planet, and Checchetto’s art was more confusing than it was fun at times. However, it presented an early look at Emperor Palpatine’s interactions with Anakin at a young age, putting on full display how manipulative he was from the very beginning. These moments were magnetizing, and added a lot of weight to Anakin’s inevitable downfall as some of the best parts of any of comic under the Marvel line. While it also featured a few cool moments between Obi-Wan & Anakin and some intriguing looks into their differing philosophies, it just missed its mark with the titular heroes and left readers wanting something more. In the end, however, it added more depth to Anakin’s character than the majority of the first two prequel films, which was more than enough to make it great. 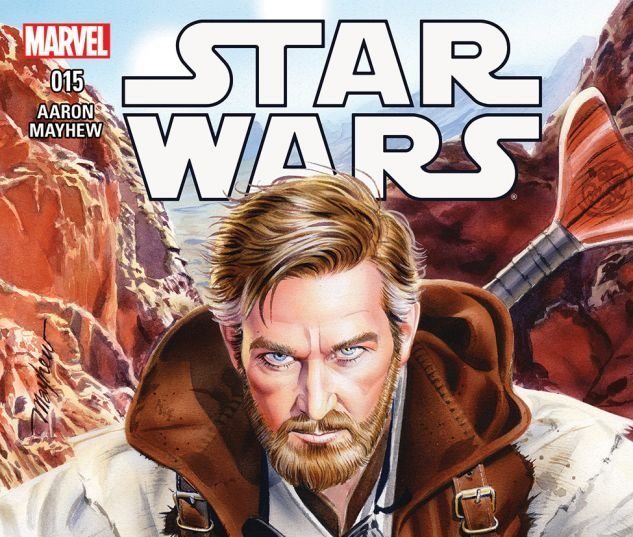 Writer Jason Aaron and a slew of all-star artists like John Cassaday, Leinil Francis Yu, and Stuart Immonen were given the impossible task of carrying on the story of Han, Luke and Leia in between A NEW HOPE and THE EMPIRE STRIKES BACK. While it’s not perfect, and treads familiar water at times, it is an awesome book filled with memorable stories and classic characters. The book often feels like a direct sequel to A NEW HOPE. It got off to a slow start, but with events like VADER DOWN and the recent REBEL JAIL, it earned its place in the canon by taking old characters new places and bringing in some new ones to add to the story. The book also gives rare glimpses into the life of Obi-Wan in the time between Episodes III and IV, which are some of the best Star Wars stories so far and continue to prove Obi-Wan is in dire need of his own spin-off film. 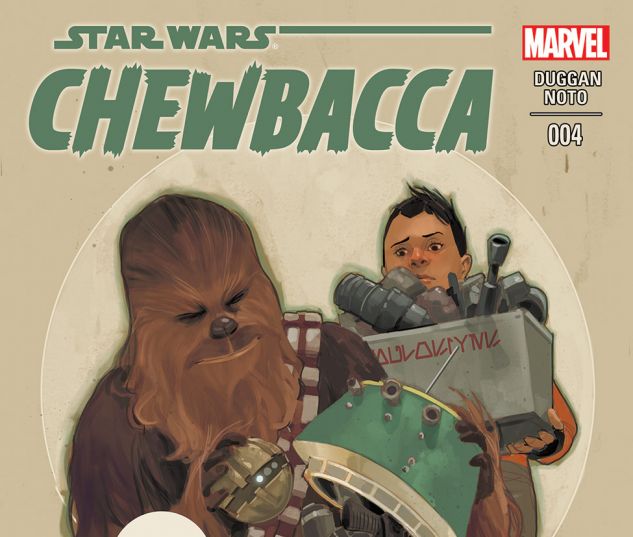 CHEWBACCA’s mini-series proves that STAR WARS can operate on a molecular level. While Chewbacca is the title character, the comic is really about the impact the war between the Rebels and the Empire has on the rest of the galaxy. With gorgeous artwork, a hilariously heroic Chewbacca and some new characters on-par with any found in the films, it is by far one of the greatest Star Wars Extended Universe stories ever told. Hopefully, Marvel puts out more books like this, maybe even without a notable hero in the title. 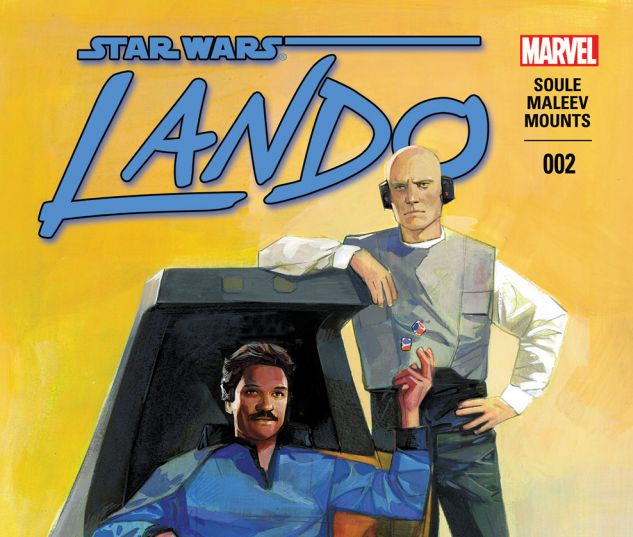 While Charles Soule is proving he is the man to hire when you need a STAR WARS book written, Alex Maleev proved with this book that there is no better match for a character like Lando than Maleev’s superb pencil work. Lando and co are drawn so stylistically and cool that it almost feels like you’re watching a movie while reading it. The thing that sets LANDO above the other books is the way it acknowledges and embraces the fact that it is a prequel. Taking place before EMPIRE, it tells the story of Lando’s first run-in with the empire and, while it is action packed and Soule absolutely nails the tone of the character, it is utterly heartbreaking. Without spoiling too much, the limited series details how Lando’s trusty sidekick Lobot ended up the way he is. Hopefully this team gets to take these characters for another spin in the future. 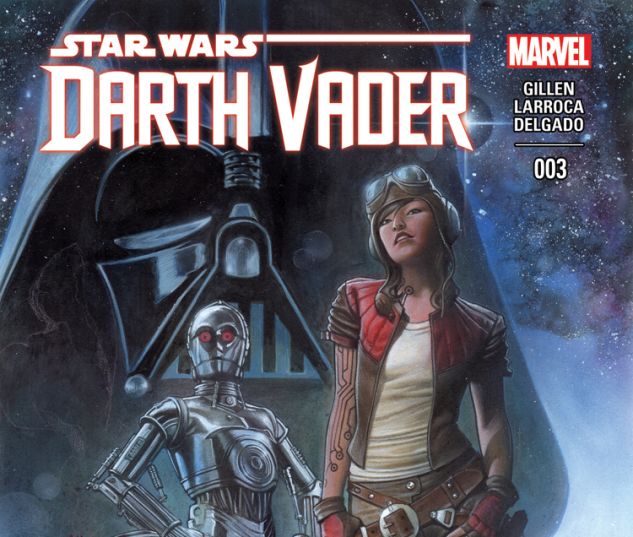 It is difficult to describe what makes this book great without sounding like a rambling madman. It is beautifully draw, intelligently written and builds upon the mythos of one of the most tragic characters in history. The book is about Anakin Skywalker as much as it’s about Darth Vader. By giving a behind-the-scenes look at the Empire in the wake of the first Death Star’s demise, Gillen and Larroca take Vader to a new level. His relationship with the Emperor is abusive, as his master treats him like a slave and is emotionally abusive at every opportunity. Vader is surrounded by enemies, both in the form of Rebels and Empire soldiers. There are new insights into the supporting cast around the Empire and new information learned about how far the Empire’s reach actually extends. If you never liked Vader before, this book will make him your favorite character for a plethora of reasons ranging from sympathetic fascination to astonishing respect. It also includes a new roster of allies for Vader including murderous versions of R2-D2 and C-3PO, as well as the slyest and coolest new character in all of Marvel’s STAR WARS universe: Doctor Aphra.

It is safe to say STAR WARS is in good hands at Marvel. The future is bright, with plenty of more books on the way. If you agree or disagree with this list, let us know in the comments below!