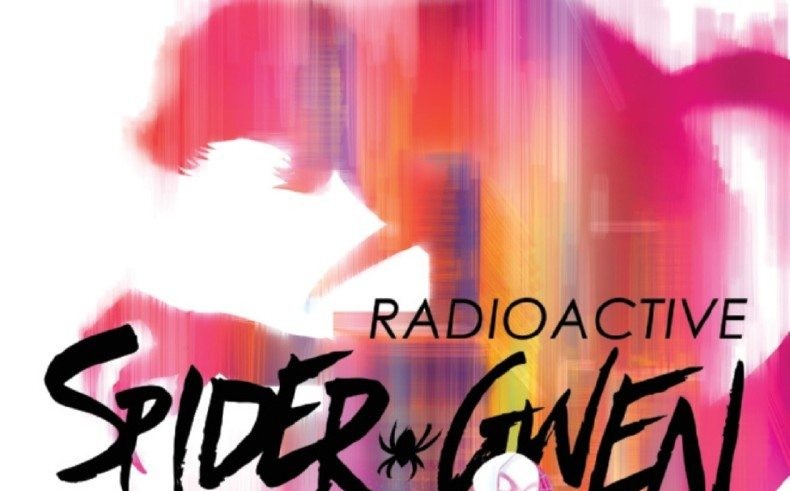 With the dust beginning to settle from SECRET WARS, Marvel’s breakout character of 2015 is back. The break hasn’t made things any easier for Spider-Gwen though, as she deals with late rent, her relationship with her father, and her past coming back to haunt her in ways she could have never imagined. 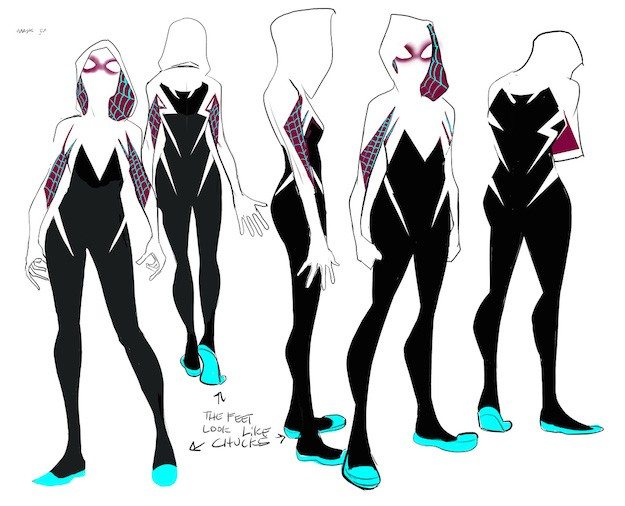 The first issue of Post-“Secret Wars” relaunched SPIDER-GWEN begins inside a New York deli, where an exasperated clerk attempts to deal with an inept wanna-be criminal who calls himself the Bodega Bandit (we saw him the previous SPIDER-GWEN #1). However both are taken by surprise when the Lizard (who in the SPIDER-GWEN reality had originally been Peter Parker, for those just hopping on) appears. The issue then shifts to the apartment shared by the members of The Mary Janes, as drummer Gwen Stacy attempts to make it to work in time. Knowing that she has no other way, Gwen dawns her Spider-Woman costume and tries web-slinging to work. Alas, an inadvertent encounter with an NYPD patrol car instigates a police chase, as our protagonist is still a wanted woman.

In the midst of the chase, Gwen puts in a call to her father so that she can explain what’s going on before he hears it through police channels. Captain Stacy begins berating Gwen, but quickly hangs up when Jean DeWolff arrives. He attempts to convince her that the Spider-Woman Task Force that he formerly headed, which she and Frank Castle are now in charge of, should instead be attempting to unravel the mystery of The Lizard. Meanwhile, in a classic Spider-Man style twist, Gwen loses the cops and arrives at work only for us to learn that the she worked at the deli that the Lizard earlier destroyed. 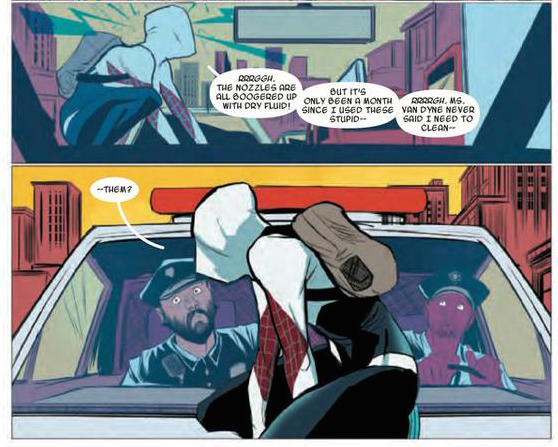 Gwen, after learning from the owner what happened, goes to her alma mater Midtown High School to attempt to find the location of this universe’s Curt Conners (a science teacher who may have assisted Peter Parker in becoming the Lizard). While there she reminisces about her friendship with Peter, their mutual relationship with Harry Osborne, and Peter’s death. Vowing to not let anyone die as Peter did, Spider-Gwen heads down to the sewers to find the Lizard, only to be confronted by a group of five mutated Lizards. Just as it appears she’s done for, our heroine is saved by a shocking new version of an old familiar Marvel face, who makes an even more shocking pronouncement at the Lizards.

Plot-wise, RADIOACTIVE SPIDER-GWEN #1 is not a bad comic. It has a solid narrative flow, the flashbacks are used to great effect, and it sets up several on-going plot points to be explored in future issues. However it suffers from a bit of relaunch fatigue, as it’s the second first issue of a SPIDER-GWEN series this year. Instead of being able to continue the spectacular run the creators established with #4 and #5 in the Spring, they had to tell another story that introduced the character and her status quo to potential new readers. For example, the Matt Murdock/Kingpin storyline that came to a ninja-filled Madison Square Garden climax in the fifth issue of the initial SPIDER-GWEN series is only casually mentioned in a throwaway bit of dialogue. I will say that I am very intrigued by the character who debuted on the last page of this issue, and am very curious to see how Latour works them into the greater SPIDER-GWEN mythos. 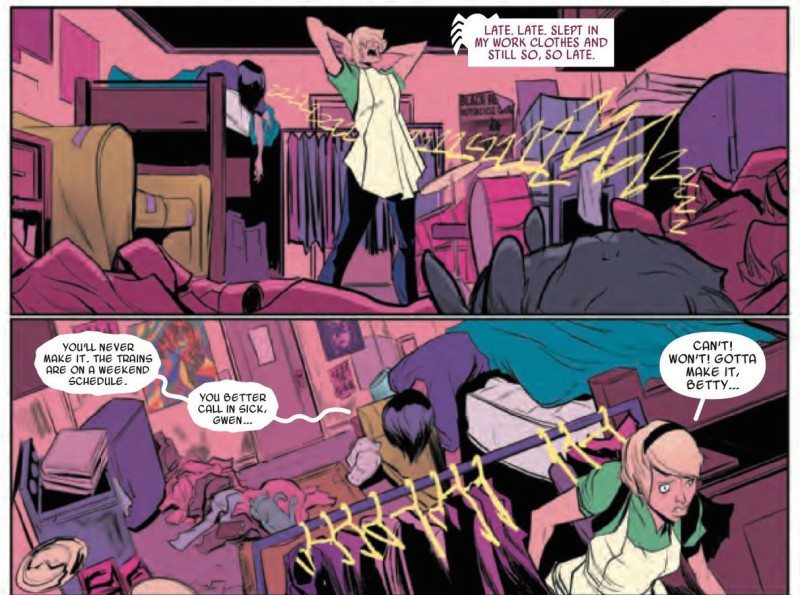 Because, as discussed above, the issue is another SPIDER-GWEN #1, it focuses pretty much exclusively on the title character as far as characterization goes. This isn’t necessarily a bad thing in and off itself. as Latour’s Gwen is as interesting a character as ever. Her continued guilt over what happened to Peter is given a new layer during the flashbacks as we learn about the involvement of Harry Osborne, and it sensibly drives her to want to shut down whoever is behind the new Lizard. Here again though, I as regular reader would have liked to have seen more out The Mary Janes than the brief cameo we got, and even more from George Stacy.

READ: Catch up on where SPIDER-GWEN left off here!

Coming as no surprise, the art in the book was spectacular as usual. Robbi Rodriguez (along with colorist Rico Renzi)’s work on the title stands up with Babs Tarr’s BATGIRL or Karl Kerchel’s GOTHAM ACADEMY art as the best art coming out of Big 2 book this year, and this issue continued the trend. Rodriguez’s Gwen has a dance-like flow to her movements while in costume that really adds to the character. Also, the use of color to differentiat between flashbacks, civilian scenes, and SPIDER-GWEN scenes was really nicely done.

RADIOACTIVE SPIDER-GWEN #1does suffer from a bit of relaunch fatigue, but it’s still definitely a book worth reading for fans of the character, and serves as good jumping-on point for new readers. Be sure to let me know what you thought of the issue in the comments below, or on Twitter @Comicsverse.