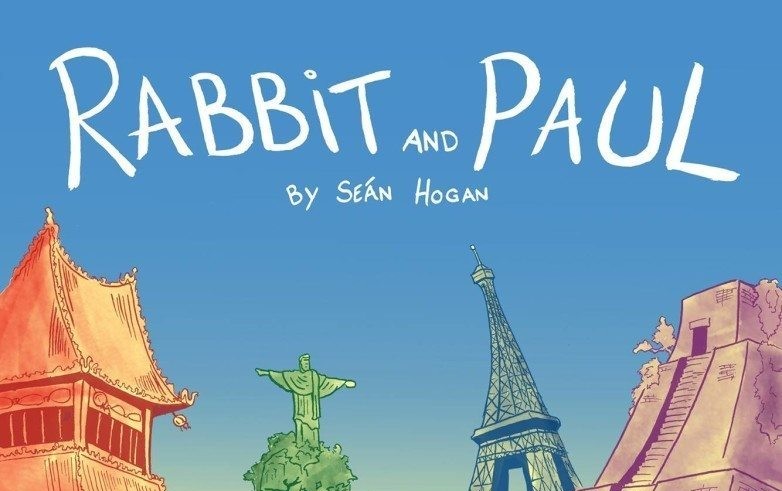 Sometimes when you’re lost, and in need of a friend, the right person will come along. Even if he’s six foot, covered in fur and has a temper!

RABBIT AND PAUL by SEÁN HOGAN

The beautiful thing about comics is that anyone can make one. It’s within your grasp. Sure there is a lot of hard work involved, but nothing’s impossible. However, the market is huge, and it would take something special for it to stand out. In this instance, I believe RABBIT AND PAUL by Seán Hogan to be just that. Having decided to go all in on a recommendation from some ComicsVerse followers on Twitter, I ordered the book, and then forgot about it until it arrived in the mail. When it finally came, it was added to a pile of comics I wanted to read, but eventually, I got to sit down and have a quick read.

RABBIT AND PAUL is one of the most surreal, funniest, and Irish comics I ever had the pleasure to read (and all ages! So kid friendly to boot!). From the opening page, already chock full of great gags, you are brought into the world of Paul, a young boy (at a nondescript age so he can appeal to as many people as possible), as he searches for a phone to call home because he is lost and needs help.

This is no ordinary story. No siree! In a bid to use a store’s phone, he purchases a giant anthropomorphic rabbit called — Rabbit! 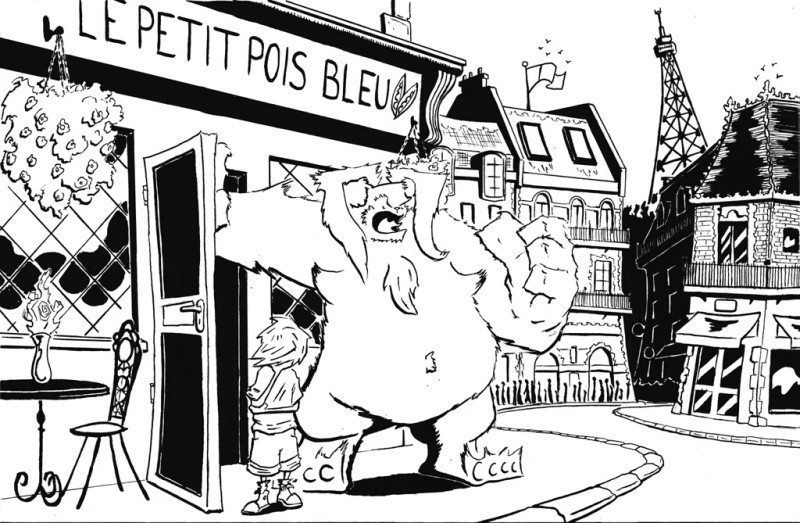 Paul is energetic, bold as brass, trusting, and full of questions. Rabbit is a grumpy bunny, and both join forces to get Paul home, but not before going on a crazy journey through Bally’O’Jhaysus (or is it?). As the creator of the book, Seán Hogan, writes and draws up a storm, his humour smacks of MONTY PYTHON by way of FATHER TED with a sprinkling of Jimmy Stewart’s HARVEY on a sugar rush.

I have to confess I’m a sucker for black & white art. There’s something special about a comic book where nothing but ink tells the story. Here, he matches his hilarious script with equally fun art. In a way, his art is simplistic yet highly detailed. Paul is a few lines of expressive energy, while Rabbit is like the Hulk with ears! The paneling chops and changes as the story prescribes.  The comic is full of splash pages, pages crammed with panels, while others are devoid of them, and it never feels out of place, but instead feels right in this story and world he’s creating. In a way, there are no rules, but there is also an internal logic that works. 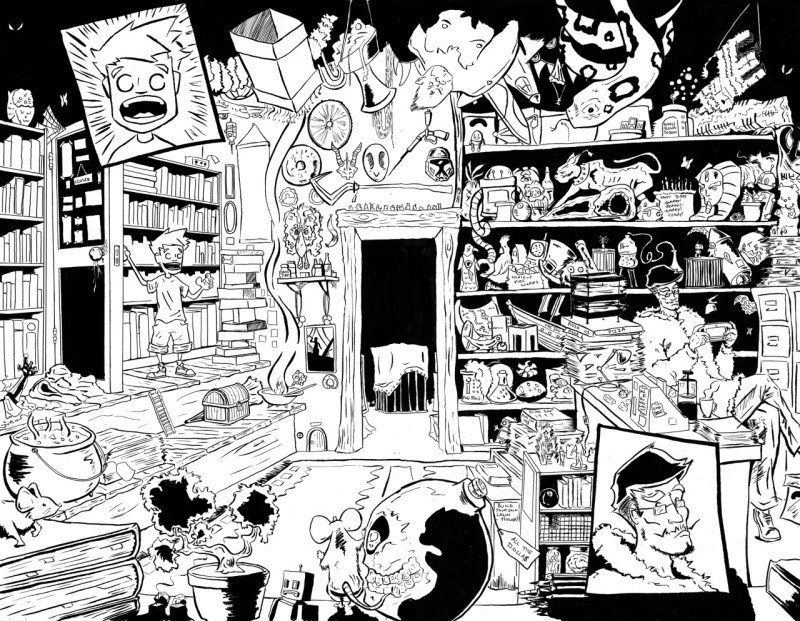 LISTEN: We talk to Irish artist Declan Shalvey about INJECTION and MOON KNIGHT!

While the story is simplistic (why would it need to be complicated?), throughout the laughs and little easter eggs, we can also see a friendship building. And its a nice sweet relationship that naturally builds over the course of the book. For a debut this is solid stuff, and this is something that had clearly a lot of work put into it, yet it reads so effortlessly. It’s easy to see why Irish Comic News voted him as Best Newcomer of 2015. So Comic fans, no matter where in the world you are, order this, read this and enjoy a major new Irish talent!