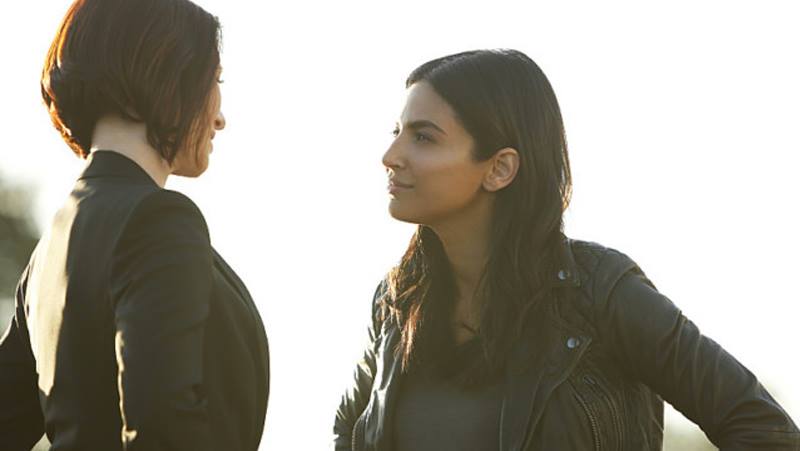 Lately, the slogan in the comic book industry has been “REPRESENTATION”. This includes religious, ethnic, and racial diversity. More recently, they show diversity when it comes to sexual orientation with openly queer characters. It’s this last one that has been catching the most media attention.

For years, DC comics made you read in between the lines to figure out which characters were queer. However, the LGBT+ community are now getting the validation and representation that they deserve. It started with a vengeance in 2015’s HARLEY QUINN comics, which portrays sweet moments between the comic’s titular character and Poison Ivy. Creators Jimmy Palmiotti and Amanda Conner even confirmed it through Tweets. “Yes, they are Girlfriends without the jealousy of monogamy.” Joining these ladies are high profile gay characters like Midnighter and his partner Apollo.

READ: What does The CW’s SUPERGIRL teach us about immigrant identity in America?

Another major installment is the character of Sara Lance, the Canary on The CW’s ARROW. She is now the White Canary on DC’S LEGENDS OF TOMORROW. She first appears in Arrow’s Season 2 in 2013 as a canonically bisexual character, which was a pleasant surprise. Sara had been in relationships with both Oliver Queen and Nyssa al’Ghul. In Legends of Tomorrow, her bisexuality is never hidden. Instead, she is often chastised by her teammates for seducing both men and women alike.

With WONDER WOMAN’s recent 75th anniversary, fans received confirmation of her bisexuality from REBIRTH writer Greg Rucka who presents us with Paradise Island. It is isolated from our world and has therefore developed without the sexism, homophobia, and racism that we find in our own society. To the Amazonians, queerness is as normal as breathing.

So the addition of a queer character to The CW’S SUPERGIRL is both deserved and celebrated. Enter Maggie Sawyer, created by John Byrne, who first appears in SUPERMAN Vol. 2 #4 as Captain of the Metropolis Special Crimes Unit which dealt with super powered criminals. She marries fellow officer James Sawyer and has a daughter with him before coming out as a lesbian.

Since her inception, she has appeared in various Superman and Batman related comics, and is always a canonically and unapologetically queer character.

READ: Check out how The CW’s SUPERGIRL handles feminism!

Her character is the same on SUPERGIRL. Sawyer is a National City detective working to solve alien-related crimes and ease tensions between the alien refugees and human population. The CW is very upfront about her sexual orientation which is refreshing. They slip it in when she talks about her past, “Growing up a non-white, non-straight, girl in Blue Springs, Nebraska…” It’s casual and none of the other characters react as if her being a lesbian is something unusual. It’s just another fact of life.

That’s how you properly show LGBT representation. There’s no need to make the audience read between the lines or just leave everything in subtext for the fans to fight about. Fortunately, we are living in a society that has become more open-minded and accepting in recent years. However, there is still much work to be done. In order to end discrimination, networks need to present queer characters and relationships as natural and normal in order to educate the younger generations watching. This can help end the cycle of homophobia that may linger from their parents’ and grandparents’ generations.

It also helps that the executive producer Andrew Kreisberg teased that one of the main characters on the show will be coming out this season when talking to the Television Critics Association. “One of the characters on one of the shows is going to be exploring their sexuality and coming out. We’re very excited about that.” This character is none other than Supergirl’s sister, DEO Agent Alex Danvers, who first meets and butts heads with Maggie Sawyer in Episode 3 of Season 2. Cue the underlying sexual tension and blatant flirting on Sawyer’s part as they debate the differences in their work lives and their social lives. Two episodes into their friendship, and it already seems like the beginning of an explosive relationship.

This gives much hope for better LGBT representation in media. Still, The CW doesn’t have the best reputation when it comes to how they treat their queer characters. This includes Lexa from THE 100, Sin Rostro from JANE THE VIRGIN, and Nora and Mary Louise from THE VAMPIRE DIARIES. And that’s just one network among many that have fallen into the Bury Your Gays Trope. In this trope, queer characters aren’t given happy endings. Often, one of the characters in a queer romantic relationship dies. For example, the lesbian character Lexa accidentally dies by a stray bullet shot by her advisor. This occurs moments after she consummates her relationship with the bisexual protagonist Clarke. It reinforces old ideology that being queer is something terrible. After all, if you’re queer, you die in the end. That’s not the type of representation the community deserves.

Hopefully, The CW has learned after the immense backlash they received from the both the queer community and their supporters. Maggie Sawyer and Alex Danvers might be their new shot at portraying a healthy queer relationship that the fans deserve.