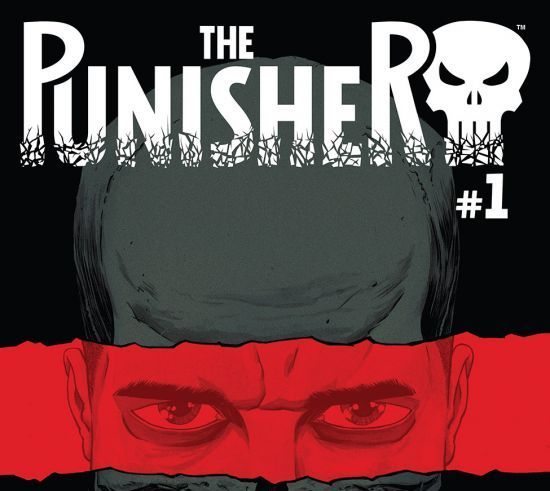 There is no Frank Castle. There is only The Punisher, and The Punisher doesn’t play pattie-cake; he smashes you with a cinder block.

THE PUNISHER #1 sets up The Punisher’s usual motive, along with a DEA investigation that overlaps with the same drug-trafficking stronghold. Frank Castle is established by the thugs’ leader, an uncompromising force who is dead inside. This issue also establishes The Punisher’s main foe, “The Face.” There is a little build-up to the action, but once it starts

it does not disappoint. The Punisher dismantles his foes, leaving the surviving victim to place an ominous hit on him.

Cloonan and Dillon really vault readers into the carnage. If you enjoy gritty and creative violence, this book is a must-read. The creators also pay good attention to detail here

, as the characters all seem to be of diverse backgrounds. It’s a minor note in this book, but it’s something the comics industry should always be paying attention to.

READ: Check out our interview with THE PUNISHER writer Becky Cloonan!

Cloonan and Dillon revive the character in a very fitting way in THE PUNISHER #1, with the blood, guts, and pain of thugs splattered all over the panels. Cloonan, as the only female writer sculpting a male Marvel character, proves she’s every bit the bad-ass this character requires its writers to be. After all, it’s silly to think a woman can’t understand deep-rooted hatred and lust for vengeance when everything has been taken from you. If any misogynist says Cloonan was wrong for this character, her stellar work on

SOUTHERN CROSS, KILLJOYS, and GOTHAM ACADEMY demonstrate her credibility, and if that doesn’t sell you, then you might as well criticize Quinton Tarantino as incapable of writing the female lead in KILL BILL.

Dillon’s art is sharp and satisfying in this issue. He creates the grimy, gritty atmosphere we’re looking for, but something seems a little missing with The Punisher’s depiction. I feel he could have used more stress, scars, and overall wear and tear—something that reflects how deteriorated his soul his. As this series progresses, perhaps we’ll see Frank have added layers of wrinkles

and battle mementos as he fights through hell and back.

READ: Look into why we love Cloonan’s GOTHAM ACADEMY so much!

As a first installment

, this issue sets The Punisher off to a good start. There’s not a lot of explanation, but there doesn’t need to be yet. It’s reminiscent of the circumstances Frank surges through in the Netflix DAREDEVIL series, though Frank is mute through this first issue: not a word spoken, nor a thought given. Everything we know has been told to us, so there’s real intrigue to see how this series progresses. It’s a book that gives little character examination but makes one pine for more. What exactly is going on in this version of Frank Castle’s head? Will we ever find out, or has his conquest as The Punisher truly made him dead and mute?