PROWLER #1 bears the awkward cross of being an event tie-in as well as an origin story. Writer Sean Ryan crams decades of comic book history into a few short pages in an effort to quickly arrive at the tale at hand, the most recent AMAZING SPIDER-MAN event: DEAD NO MORE. Previously employed by Parker Industries, the Prowler (AKA Hobie Brown) has forgone the spare set of spider-tights in favor of his old Prowler costume. After perishing at the hands of the new Electro, Brown finds himself under the employ of the Jackal, as New U’s head of security.

READ: Not caught up on this year’s Spider-Man event? Read our review of THE CLONE CONSPIRACY #1 to get a feel for DEAD NO MORE!

PROWLER #1 opens on the titular character as he thwarts the getaway effort of a group of would-be bank robbers. We learn just a few pages later, that Hobie’s position as New U’s head of security primarily entails breaking up the frequent scuffles between resurrected villains. However, he keeps himself busy through a string of heroics, informed by the visions of Madame Web, who, thanks to New U technology, has rejoined the realm of the living. The Jackal is well aware of Prowler’s extra-curricular activities, and through his support of them, his characterization as a reformed villain is upheld. The Jackal reminds Prowler that he still has a job to do, prompting the latter embarks on a mission to locate an untraceable hacker. This leads to Hobie Brown’s unfortunate capture at the hands of an assailant who, even on the last page of the issue is not revealed to readers. 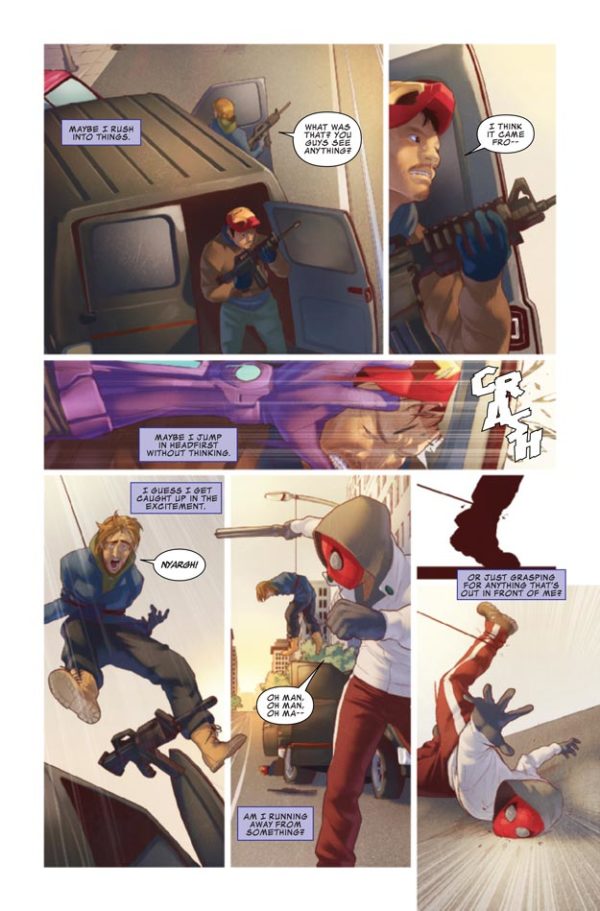 PROWLER is the second series writer Sean Ryan has helmed at Marvel Comics. The writer’s tenure on the recently-concluded NOVA secured him a spot in the new season of Marvel Comics: MARVEL NOW! 2.0. Ryan adds a dimension to the Jackal’s character that we have up until now, only seen flicker through DEAD NO MORE: his compassion. Until now, Jackal’s kindness has seemed like a ploy to me. Though I know that Miles Warren’s role as a villain has pretty much been cemented, if not by his past exploits, then by his resurrection of a handful of Spidey’s past foes, I found myself wholeheartedly believing Ryan’s characterization of Warren.

PROWLER #1 contains a great deal of action, however this does not mean that it skimps on dialogue. Ryan’s Hobie Brown exudes a begrudging aura of duty; insisting that despite his heroism, he is not a hero. His actions are dictated by his intense moral compass- because he has the capacity to do good, he must. This is all Brown seems to function on, appearing otherwise aimless and depressed in his current situation. 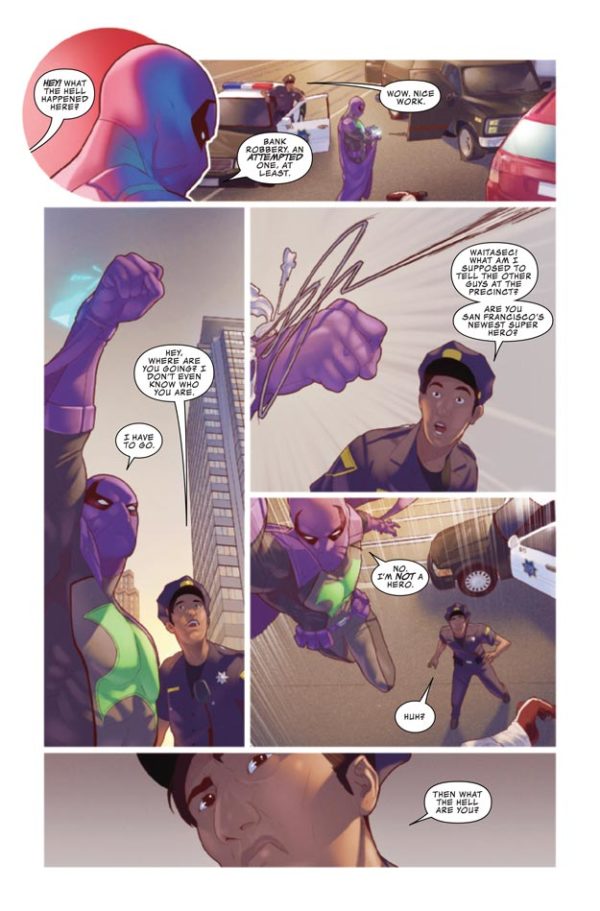 My one complaint is that PROWLER #1 feels a tad short. Though thankfully, it doesn’t skimp on dialogue. The comic opens and closes with the same monologue, the depth of which belies what fans expect from newsstand origin stories. Ryan doesn’t give fans what they want; he gives them what they deserve.

Jamal Campbell brings an unfamiliar aesthetic to Marvel. Campbell foregoes the traditional bright colors and bold linework of superhero comics, instead opting for a shade-driven environment that highlights subtle changes in facial expression and lighting. I was initially taken aback by Campbell’s artistic style. Thankfully, I acclimated to the style before the midway point of the issue, prompting me to start from the beginning. While foreign, Campbell’s style is refreshing and helps to highlight the subtle nuances of Ryan’s writing. Campbell’s minute changes in lighting greatly enhance the aesthetic experience of PROWLER #1. However, the artistic highlight of this issue is, without a doubt, Campbell’s command over the complete spectrum of emotion capable of being expressed by the human face, without which Ryan’s dialogue would not be nearly as emotionally impactful. 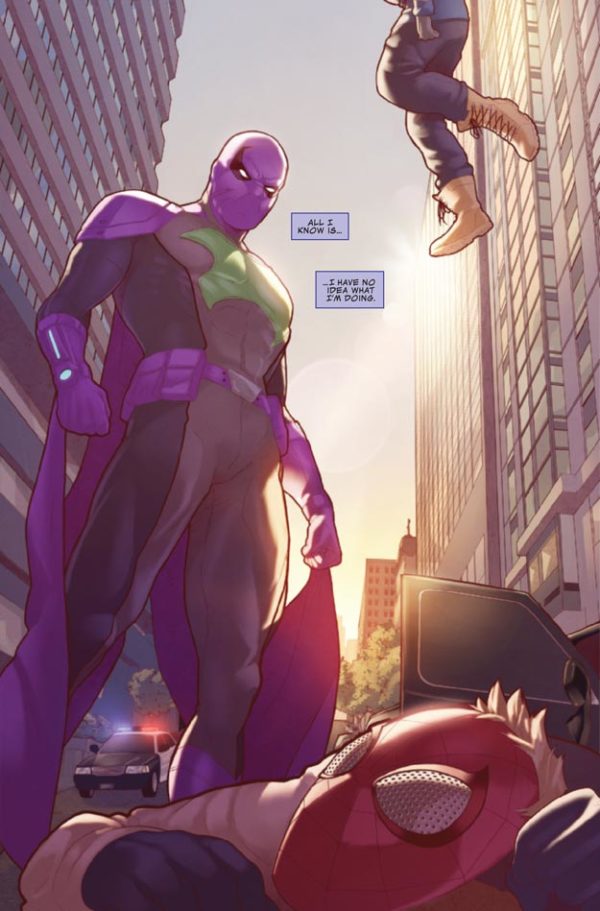 After his recent appearances in THE AMAZING SPIDER-MAN, it makes a great deal of sense for Prowler to be given his own title. While PROWLER #1 feels a bit too short for my liking, I have no complaints regarding its content. Hobie Brown’s facial redesign bears a striking resemblance to ATLANTA creator Donald Glover, whose involvement in the upcoming film, SPIDER-MAN: HOMECOMING was announced without a role. Is PROWLER the most recent title in Marvel’s long history of bringing some of the mainstream success enjoyed by its films into the world of comics? At this point, it’s hard to say. All I know is, I don’t care.