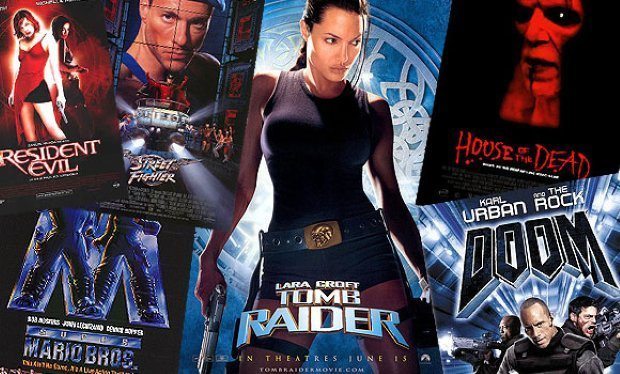 I think at this point it has become quite obvious that video games are more successful at emulating movies than movies are at emulating video games. For most gamers, we hoped that this would finally be the year to signal the end of poor video game movie adaptations. After all, with four movies being released in 2016 alone based off of games- ANGRY BIRDS, RATCHET AND CLANK, WARCRAFT, and ASSASSIN’S CREED – how could they possibly screw this up? Unfortunately, even a movie like WARCRAFT, headed personally by Blizzard Entertainment and talented director Duncan Jones (MOON, THE SOURCE CODE), was unable to appeal to critics and audiences alike. This latest critical failure brings up a question asked time and time again, which never seems to be taken into consideration by Hollywood: why are video game film adaptations constantly failing? 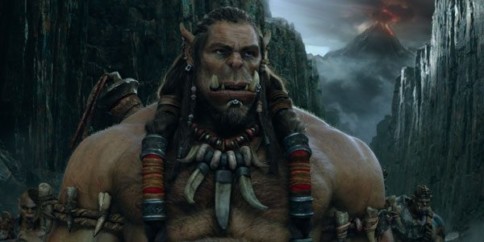 The first big issue that many filmmakers struggle with in adapting video games is how to tell a straightforward and cohesive narrative, all the while respecting the source material of the game. When early video games were being adapted into film, hardware limitations on the consoles prevented the story from being as prominent a feature as the actual gameplay. Until the late 90’s, by which time a shift was being made to incorporate grand scale world-building and voice acting into the gameplay, storytelling was told to the players through in-game dialogue boxes and visual narrative (ex: SUPER METROID). This factor plays a major role in why the first video game adaptation, SUPER MARIO BROS, ended up being so poorly received: a Mario game really doesn’t have much story besides Bowser kidnapping Princess Peach with Mario trying to rescue her. Sure, the the basic plot points of a traditional Mario game were incorporated into the story, but what the writers came up with to fill in the blanks took extreme liberties with the franchise’s source material. As a result, what Mario fans got was a poorly written movie with a rather awkward story and very little of the platforming/ jumping that has become synonymous with the Italian plumber.

READ: More about the growing relationship between video games and narrative 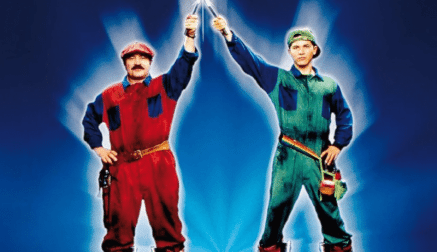 In contrast to SUPER MARIO BROS: the first MORTAL KOMBAT film, while not quite amazing, succeeded at encompassing the spirit of the game. The movie’s plot might not have been perfect, but it still managed to craft a plausible-esque story around something as silly as a one-on-one multidimensional tournament that determined the fate of the nine realms. There was genuine effort put into bringing the characters, action, and atmosphere of the classic fighting franchise to life, a factor that was never really there throughout SUPER MARIO BROS. Sure the PG-13 rating prevented over the top violence and instead gave us a lot of 90’s cheesiness, but Paul W.S. Anderson managed to deliver on telling a passable action flick based around the MORTAL KOMBAT franchise. For all of its flaws and dated visuals, MORTAL KOMBAT is still seen as the standard by which most video game movies are compared to even today (though the less said about its sequel, the better).

Nowadays, story has become an extremely prominent part of video games, with franchises like METAL GEAR SOLID, MASS EFFECT, and THE LAST OF US striving to tell complex and engaging narratives worthy of a Hollywood film. So, with a well established story already laid out, directors shouldn’t have much trouble adapting it to the big screen, right? Well, not exactly. Another problem with adapting video games is that in order to make them translate to film, screenwriters need to cut a lot of the game material down to a certain runtime. One advantage that video games have over film is that they are not required to be exactly two and a half hours in length, allowing their storylines to range anywhere from one hour to 10-15 hours in length. The lengths of these games can vary between specific narrative-driven or vague-yet-engaging open world, but the fact that they are not hindered by the same limits that film and TV are restricted to give them something of an edge. Therefore, in order to create a successful video game adaptation, the writers need to find a way to condense the game’s plot without cutting out any specific or important details that would leave moviegoers feeling lost or confused.

However, while video games have placed a greater emphasis on story over the past decade or so, they are still games at their core. This is where one of the trickier aspects of an adaptation comes in to play, having to implement these features throughout the movie in a way that feels natural yet faithful. While WARCRAFT was not a success in the storytelling department, the quality of its visual aesthetics are worthy of praise, bringing fantasy worlds like Azeroth and Draenor to life while making the characters of these worlds feel believable. Similarly, the trailer for the final game movie of the year, ASSASSIN’S CREED, seems to be trying to adapt the combat, stealth sequences, and parkour features used by characters of the Assassins Brotherhood. By incorporating these gameplay elements into the overall cinematography and choreography, it shows a great deal of care placed in making the film that moviegoers will be able to enjoy and gamers will respect.

And, finally, we come to the biggest problem with adapting a video game into a movie, the feature that separated video games apart from any other medium out there: interactivity. As an interactive medium, video games allow players to have a much more intimate role in the central narrative through controlling the central protagonist via movement and gameplay. This intimacy allows gamers to develop relationships and attachments with other characters and the story world that movies can never fully replicate, as we are always watching what happens on-screen from an outside perspective, unable to interfere. At best, the closest thing I’ve seen which replicated the feel of video game interactivity was this year’s HARDCORE HENRY, an action-adventure movie told entirely from a first-person perspective involving a silent protagonist. The plot might not have been all that creative, but Henry himself was essentially a blank slate for the audience to place themselves into and experience insane action stunts from his/our perspective. Sadly, most video game movies lack this sense of immersion that only a video game can produce, with audiences only able to watch the story unfold from afar rather than feel like a part of the narrative.

All this comes down to a sad fact about video game movies that neither critics, fans, nor even Hollywood seem to understand: they are failing at marketing to the masses. The movies adapted from video games can be enjoyable for their somewhat insane plots, effects, and action scenes by gamers, but none of them have ever really been able to tell a story capable of capturing the general audience’s praise. The fact of the matter is that story is everything in a film, one of the first things that critics look for when determining whether or not it should be recommended. This makes it all the more ironic that the best movie to be based around video games in general is Wreck-It Ralph, which uses completely original characters and games surrounded by retro/modern titles. However, because the story and characters are extremely well told and developed, the movie manages to appeal to both gamers and non-gamers in its audience. This simple but necessary statement is the true goal that future video game movies need to achieve above all else: make movies that are about video game franchises, but can be appreciated by everyone.

So with only ASSASSIN’S CREED left to boost morale over the fate of video game movies, should Hollywood quit making such adaptations if they can’t get the formula down correctly? Well, as long as such franchises are capable of making money I doubt that they will be stopping anytime soon. That being said, Hollywood really needs to listen to the audience that they are aiming at if they want to elevate such movies from a level of entertaining-but-mediocre to awesome blockbuster spectacle. If comic books were able to make it out of their movie slump and find critical success, then it’s more than possible for video games to have similar success in the future. As for right now though, there’s still a long way to go.