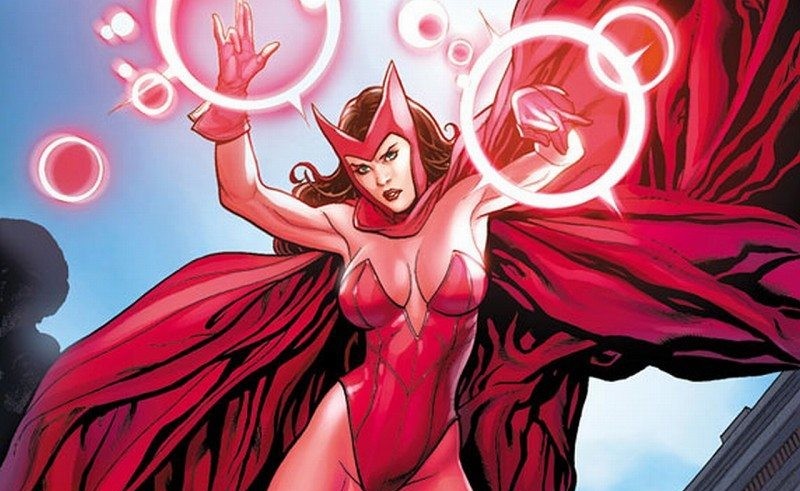 “She’s weird,” Maria Hill says, summing up Scarlet Witch’s powers for a movie-going audience that is not necessarily familiar with the character’s comic roots.  The slightly longer explanation is that she uses “mental telepathy,” but comic fans know that even this is inaccurate for the character.

CLICK: Scarlet Witch looks very different in the MCU than in the comics.  Here are some of her various wardrobe changes!

In the comic books, her skill set is tied to probability.  Specifically, her mutant ability is that she can manipulate the probability of events occurring around her.  Typically, this power is tied to a manifested “hex” in the form of a sphere.  While this power has often been shown to be limited to short-range manipulation, Scarlet Witch has also been written as such a powerful character that she could rewrite reality.  In HOUSE OF M, she muttered “No more mutants,” thus spontaneously “curing” the mutation of 99% of the world’s mutant species. 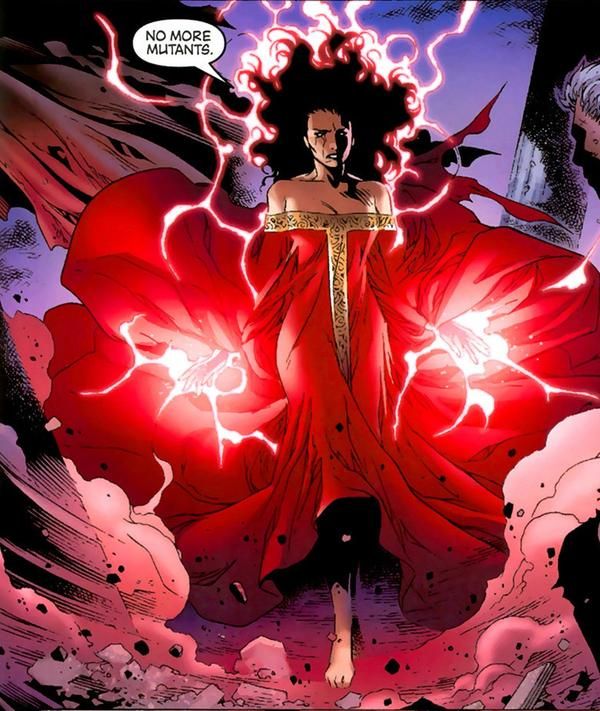 So there’s the problem: how does one accurately represent the manipulation of probability, and how does one get an audience of potential newcomers to understand the extent of those powers?

The MCU has opted to go with the “mental telepathy” explanation.  We’ve seen something similar to her hex spheres in the reddish mists that show up when she uses her powers, and we’ve certainly seen how she is one of the most powerful characters in the MCU, but her powers seem more akin to magic than anything else: she can fly, fling enemies and objects at will, contain fires, brainwash her enemies, and so much more…

In the comics, her powers are eventually tied to a demon named Chthon; with DOCTOR STRANGE around the corner, it’s possible that this otherworldly origin may be explored, but we’ll have to see.  Until then, we’re stuck with “mental telepathy.”

This isn’t a complaint by any means; I’m not sure how you could represent the manipulation of probability.  All I know is that when I think probability, my mind goes to Las Vegas, roulette, gambling, and making lots of money.  Maybe if the character appears in the next X-MEN movie, they can show her manipulating the odds at a roulette table.  Heck, depending on how powerful they choose to represent her, she could make a mint from the comfort of her own living room by manipulating the odds in online casinos.  Can her magic affect digital probability, as well?

The one thing that is for certain: in the MCU, Scarlet Witch does not have probability-tied powers. Until we see the full extent of her abilities, the best explanation we have is that “she’s weird.”

READ: What else did CAPTAIN AMERICA: CIVIL WAR do differently from the CIVIL WAR comic?