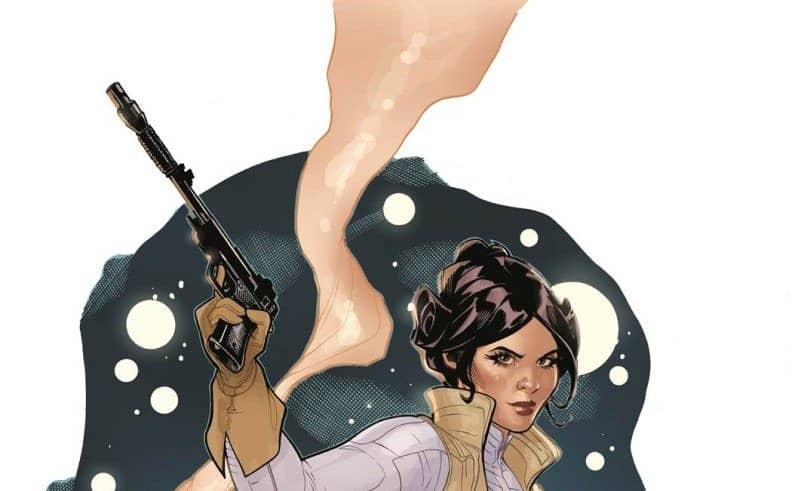 Hailing from a Galaxy Far, Far Away, the universe’s most popular princess takes to a mini-series of her own – giving us a fresh perspective on the original trilogy from a powerful female voice!

The story is set between Star Wars Episode IV & Episode V. During the ceremony where the heroes are presented with medals for their victory and aiding the rebel alliance, Leia makes a brief statement to honor the fallen of Alderaan, including her adopted mother and father. The troops are taken aback by her lack of emotion and this becomes an issue later—mainly with one of the pilots, Evaan.

As the Rebel Alliance prepares to relocate to Hoth, Leia finds that she is met with resistance when trying to help with preparations, since her commanding officers believe she should be grieving. Determined to do something, she seeks out Evaan and ropes her into a plan to escape to Naboo. What follows is an exciting space chase to close out the issue.

The most important scene in Princess Leia #1 is the conversation between Leia and Evaan. Personal opinions and the issue of loyalty are brought up to the Princess—the scene is heated, but it isn’t a catfight. It’s treated with tension and respect, which allows for a partnership-friendship to start to blossom as the issue continues. Additionally, this scene gives a small glimpse into some Alderaanian culture, information that was hardly ever mentioned in the original trilogy.

The comic book version of Leia is not much different from movie Leia—she’s a fiercely independent leader, with drive and wits to help the Rebel Alliance, so it’s a familiar read in the sense of knowing the character. Evaan is a new face, and a refreshing one, acting as a foil and companion to Leia; a female friendship is something that is usually missing from the franchise. 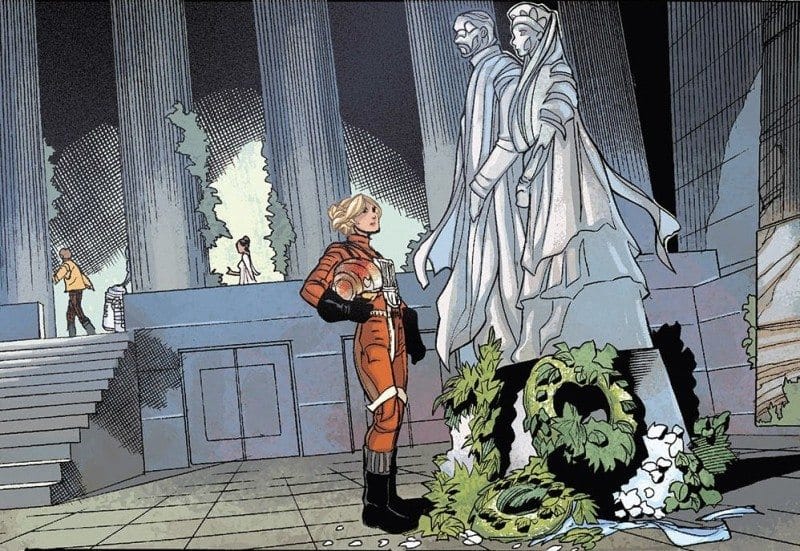 The writing is sharp and controlled, and the art is subtle and pleasing; there’s a great team behind this book. Leia is arguably one of the most important female characters in the Star Wars original universe, and it’ll be great to see more of her as explored in this series.