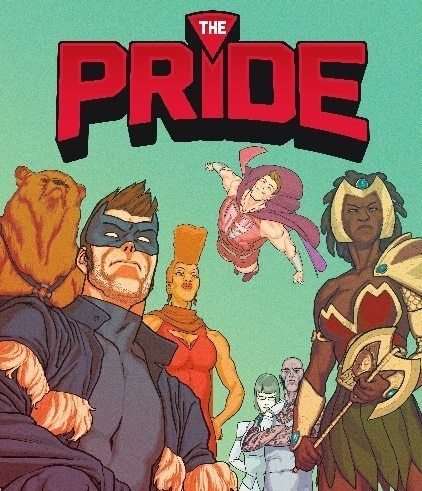 Joe Glass, creator of THE PRIDE, has launched a Kickstarter to create a massive hardcover collection of the funny but touching boundary-pushing LGBTQ+ superhero adventure series, THE PRIDE!

Don’t know about THE PRIDE? Let me give you the skinny. One of the Top 25 Comixology Submit Titles of 2014, THE PRIDE centers around Fabman, a gay superhero that’s had enough with the LGBTQ+ community being disrespected and underrepresented by the world.

So what does he do about it? He assembles a super team of heroes from all across the LGBTQ+ spectrum. First, there’s Frost, a chilly London lady with ice powers and a sarcastic attitude. Next up is Angel, a New York super drag artist with confusion abilities, and her friend Bear, a guy that looks like a bear and fights like one, too. Then there’s White Trash, Muscle Mary, Wolf, and the newest recruit, Twink. White Trash has super strength and durability that’s linked to his confidence. Muscle Mary has superhuman speed, strength, and stamina. Wolf is a normal man but has trained himself in many martial arts and is wicked smart to boot. What about Twink? He can turn into metal. 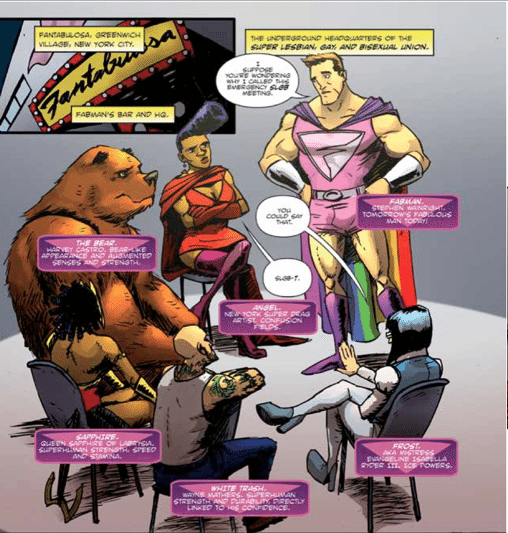 Sound a little familiar? They should. Glass has turned some of the world’s most favorite heroes on their head and crafted a smart critique of not only superhero culture, but popular culture at large. The villain is The Reverend—as in a Bible-toting reverend. Yup, Glass is taking pot shots at anyone and everyone that’s knocking the LGBTQ+ community around. Knocking heads and taking numbers like any great author does.

READ: Interested in other Kickstarter projects? Check out our feature on the Retrofit Comics Kickstarter!

Of course, it is of particular importance to a book like this that the heroes don’t fight some nameless beast. THE PRIDE isn’t just about putting LGBTQ+ superheroes in the public sphere, but also about the larger struggle for the LGBTQ+ community to receive just treatment. There’s no emotional tension behind a hoard of monsters, but in THE PRIDE’s case, there is tension around having a dogmatic religious figure oppose you. It’s funny and poignant in its social awareness.

Don’t worry if you think the book sounds a little too serious and preachy—it’s not. It tackles diversity head-on, as any LGBTQ+ superhero team would, but it doesn’t bog down the story. The humor’s still abundant for those in and outside the LGBTQ+ community, though it pays in spades to know some of the lingo (Bear, Twink, and Wolf, for starters). 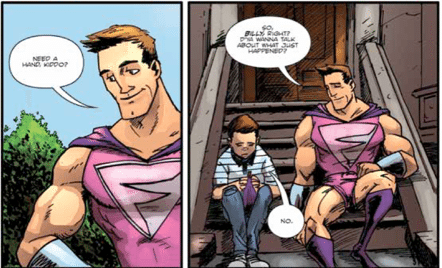 The purpose of the Kickstarter is to fund the 260-plus-page collection that includes the first six issues of THE PRIDE as well as all three issues of the sister anthology series, THE PRIDE ADVENTURES, and a whole bunch of bonus content. The Kickstarter aims to not only print the books, but to get them to as large an audience as possible as well.

“THE PRIDE has been a work from my heart for a long time, and the support of the fans and community has been out of this world,” Glass says. “I hope we can make something really special with this Kickstarter and bring the book to even more people all over the world.”

What are you waiting for? Do you have that itch for an all LGBTQ+ super team? The Kickstarter is live from now until April 12th.