Last we saw Elektra; she was dead. A climactic showdown between herself and Daredevil vs Nobu resulted in her death, but a quick final epilogue of the episode made it obvious that The Hand planned to bring her back as Black Sky. So while it isn’t a huge surprise that she is making an appearance (she was confirmed as part of the cast a while back), it still begs the question what exactly her role is going to be in this first season.

READ: Everything You Need to Know About THE DEFENDERS First Trailer!

The obvious direction for THE DEFENDERS to take would be focusing at least part of the season on Daredevil and Co. “converting” Elektra back from the Hand. From the shots seen in the trailer, they are apparently hyping her up as one of the villains, alongside Sigourney Weaver’s mysterious Alexandra. A deeper inspection of the hallway fight would confirm this. The menacing walk of Elektra behind the team is anything but friendly.

It would be a waste to relegate such a complex character to an arc so predictable. It isn’t yet known how much of Elektra remains in that body. She might just be the living weapon Black Sky. There’s no way Murdock is going to let her just become the Hand’s personal weapon. But what if things aren’t so simple? There are a lot of story arcs to draw from the comics that aren’t so cut and dry as Elektra simply coming back into the fold. 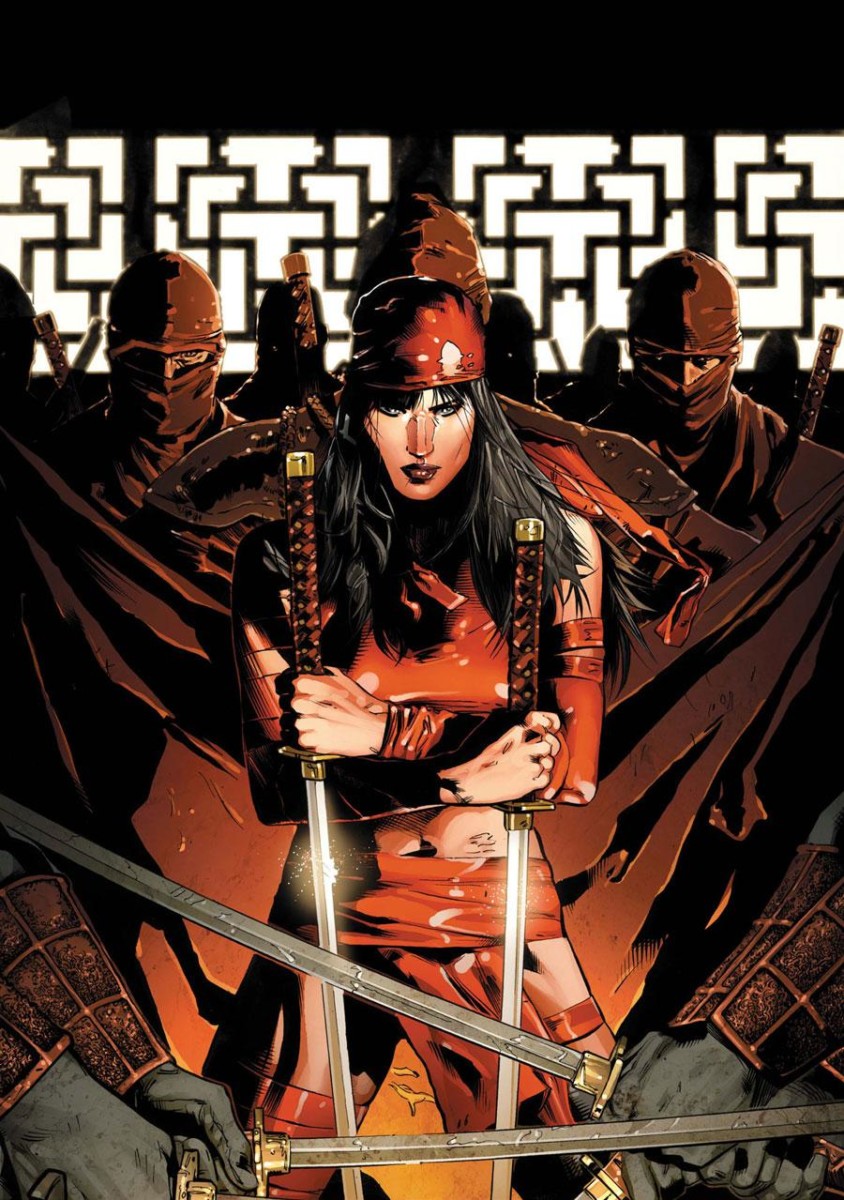 Elektra in the Comics

Elektra’s comic history is thick with turmoil from both the Hand and the Chaste. DAREDEVIL Season 2 focused on her struggle to become part of the Chaste, leading up to her demise. Stick’s manipulations of both Elektra and Murdock were brought to the forefront, his plans reaching far past Hell’s Kitchen. Stick is also an “unreliable narrator” of sorts, bending the truth when it suits him. Which not only makes his actions suspicious but Elektra’s as well.

Elektra’s push and pull between the Chaste and the Hand is well documented in the DAREDEVIL comics. Her fractured psyche revolving around her lack of a sense of belonging has historically caused her to die (as depicted in DAREDEVIL Season 2), or to change allegiances. The Hand has resurrected her before, making her their deadliest warrior. She has even infiltrated the Hand to prove loyalty to her sensei, only to turn on him when the Hand manipulates her.

This constant push and pull, along with Stick’s ambiguity, might be the perfect recipe to surprise fans. What if Stick and Elektra planned her death, or at least staged it? Clearly, there’s more going on behind the scenes than Stick is letting on–maybe Elektra coming back under the Hand’s banner is purposeful. Her infiltration of the Hand could open up story avenues for both the Chaste and the Defenders, even if she needs to play the part of villain to deceive Matt. This potential plotline is certainly a long-shot, but a better character trajectory than only becoming good again. 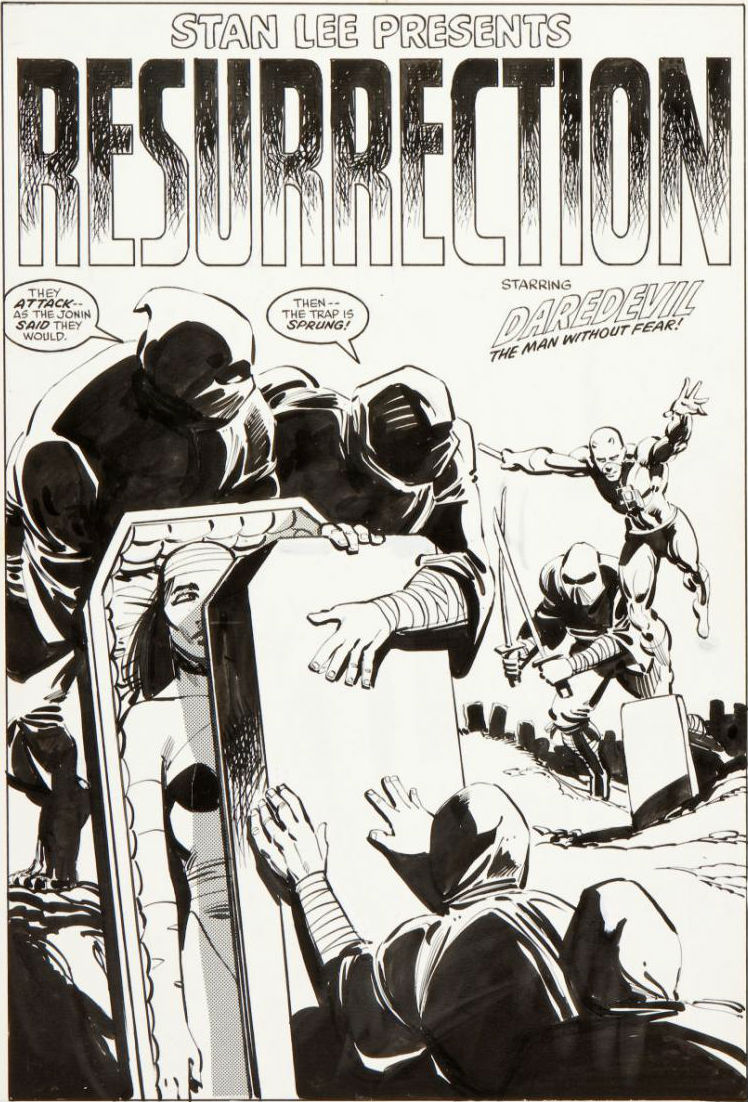 Whether or not THE DEFENDERS writers have decided to go in that direction, Elektra and resurrection go hand in hand (no pun intended). Other than the Black Sky resurrection, she has also been brought back to life by Daredevil and Stone. This incarnation of Elektra is pure of spirit, allowing her to become one of the Chaste finally. This could be another way THE DEFENDERS bring her back from the Hand. This could, in theory, kill Black Sky and cripple the Hand by taking their greatest fighter.

But then there’s good old Stick. Mentors in the Marvel Universe tend not to last long, which unfortunately means Stick might be biting the bullet this season. If Stick does die in this first season, it will probably be saved for either the final or penultimate episode, after he has bonded with the team enough to make his passing a resounding gut punch. If this happens, you better believe the Hand will get their claws on him for some more resurrection action. This sets up THE DEFENDERS second season to have a familiar face as the lead villain.

All of these predictions could be utterly wrong in every way. Very little is known plot-wise about THE DEFENDERS. Weaver’s villain is still a mystery, although many believe she is yet another finger of the Hand. The war between the Chaste and the Hand is one of the more compelling story arcs the Netflix shows have been teasing, and it seems to all be coming together in THE DEFENDERS.

But anything goes in the Marvel Universe, and Elektra has always been a tricky character to get right. Jennifer Garner’s troubled depiction in DAREDEVIL (2003) and ELEKTRA (2005) is proof of that. Elodie Yung has given an excellent portrayal so far, but how she’s handled in THE DEFENDERS will make or break the character. As good as Yung is, she can’t escape bad writing. If the writers opt for the easy way out, so be it. At least if they go that way we could see her join the Defenders, and maybe Stick will survive. However, a number of great story arcs in the comics could make for an amazingly complex plot, while at the same time proving that the Netflix Marvel shows aren’t afraid to risk it all.