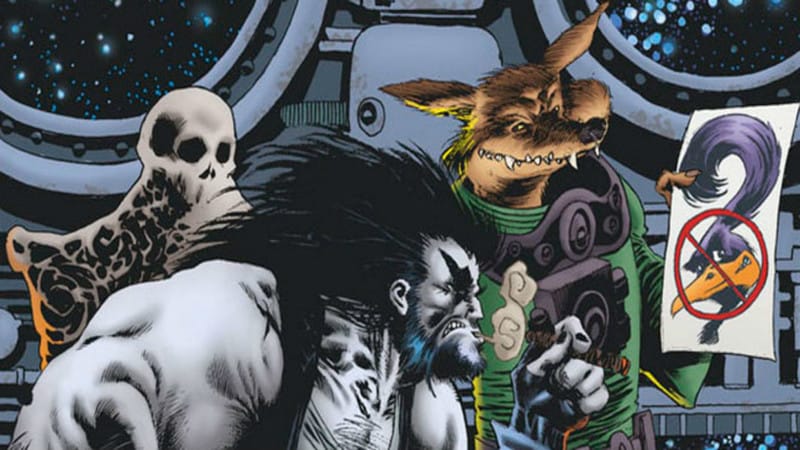 When I was a kid, I saw a re-run of the Flintstones/Jetsons crossover and I didn’t even care if it was good — I was in awe of the audacity. Our fascination with taking things that don’t normally go together and putting them together has given us marvels like the PB&J sandwich and creations that offend humanity — I’m looking at you, Turducken. However, today CBR dropped the news that several DC COMICS/LOONEY TUNES one-shot collaborations are in order and the cover art will make your inner child stutter harder than Porky Pig.

While DC Comics and Warner Bros. have had a fruitful relationship, one might be hesitant to mix their premiere characters beyond variant comic covers, merchandising, and the drunken crazy step-uncle of theme parks Six Flags. Truthfully, there isn’t enough information to tell if this is a smart move or not. So naturally, I’m jumping the shark, providing commentary, and making bold predictions.

The Bugs cover has the most traditional cartoon feel. This is most likely because Bugs Bunny wouldn’t be himself if he looked too real. If Bugs didn’t change his look for Michael Jordan, you think he’s changing it for a dude named Cosmic Boy? I don’t think so. Still, in a time travel mix-up that sends Bugs to the Legion instead of their idol, Superboy, one wonders what kind of hi-jinks and lessons he will teach them? Bugs has been besting his enemies for years: distracting Gossamer with salon hair treatments, ratting out mobsters, and always getting the best of Elmer Fudd. The Legion could learn a thing or two from the silly wabbit. Speaking of Elmer Fudd… 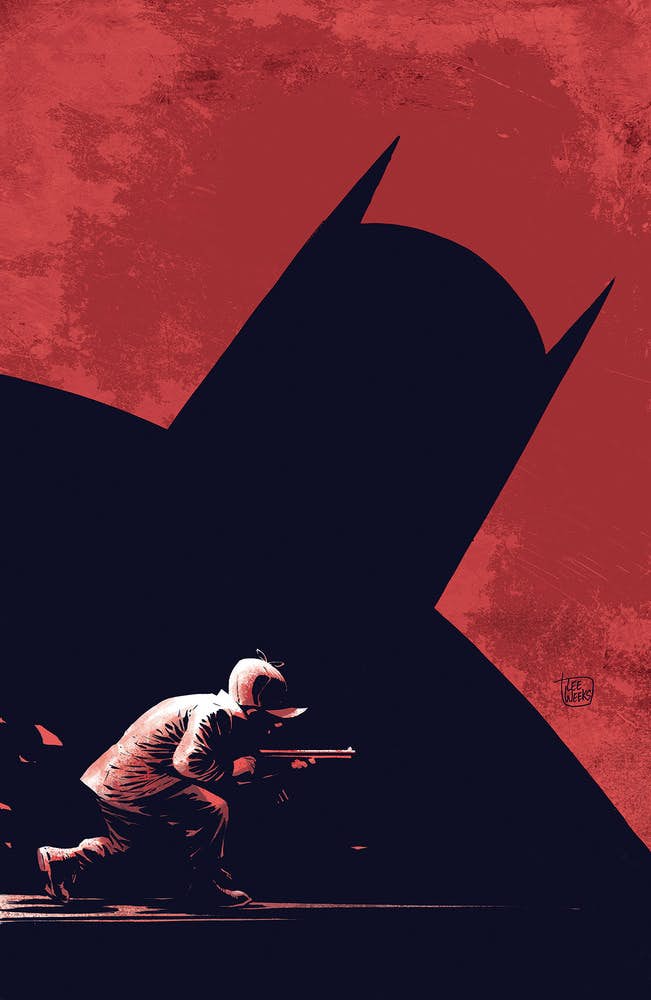 Let’s get one thing straight — no one is dying in his comic. In this continuity, Elmer Fudd is a millionaire who happens upon a meeting with Bruce Wayne and becomes obsessed with Batman. Bats may be the world’s greatest detective, but to ol’ Elmer, he’s just big game. This is a great premise, but what happens when he comes face to face with the Dark Knight? Elmer can’t seem to hold his own against an exploding cigar; what’s he going to do against a Batarang? These are some of the questions you run into when you take a silly character like Elmer and throw him into the dark world of Gotham. But if the cover is any indication, fans could be in for a much darker and more realistic plot. If so, critics might want to be vewy vewy quiet — we could be in for a great comic.

READ: Love BATMAN? Check out our review of BATMAN #18!

If you’re trying to kill your enemy and you’ve exhausted all your wits and resources on faulty booby-traps, you might as well call it quits. For Wile E. Coyote, quitting isn’t an option, so it’s off to space to get the baddest bounty hunter in the universe. Lobo’s commitment to the kill is what will be interesting here. If the Road Runner frustrates him, I think he might take the pleasure away from Wile E. Coyote and kill the bird himself. 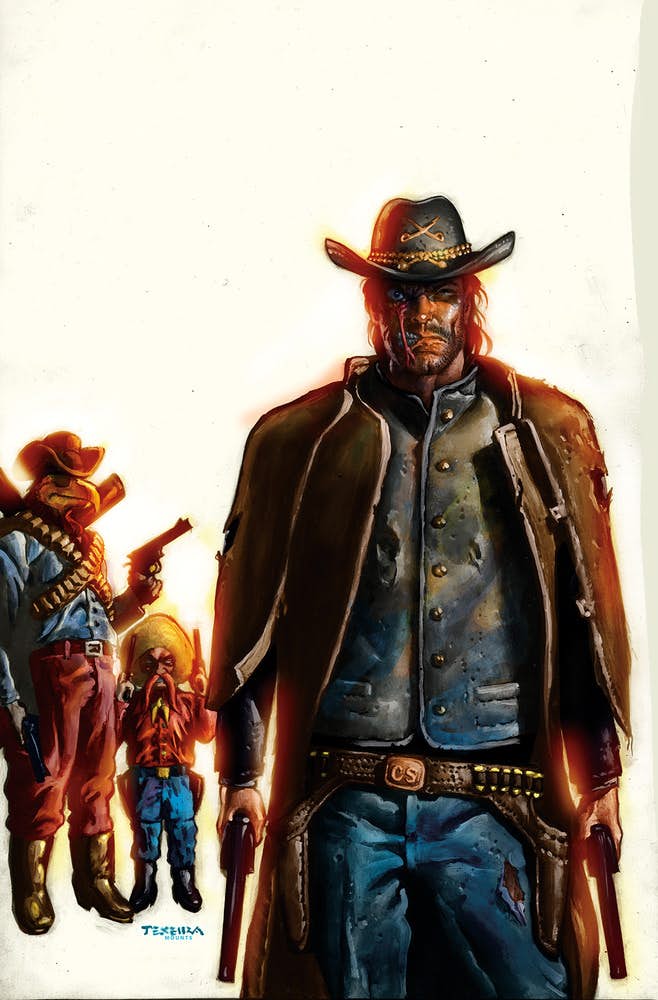 My main hope for this special is that the wild wild west will be utilized properly; the setting is perfect for a tale about greed. Yosemite and his money need protection from outlaws and Jonah Hex is up for the job. Two southern gentlemen, no convictions about pulling the trigger, and a fully armed one-eyed Foghorn Leghorn along for the ride — I say, I say, I say — what could go wrong? Based on the gritty cover? Everything. Remember, you’ve got the most rootinist, tootinist, gun-shootinist hombre this side of the Pecos, Yosemite Sam, and Jonah Hex — I’m betting there will be more than a saloon fight. 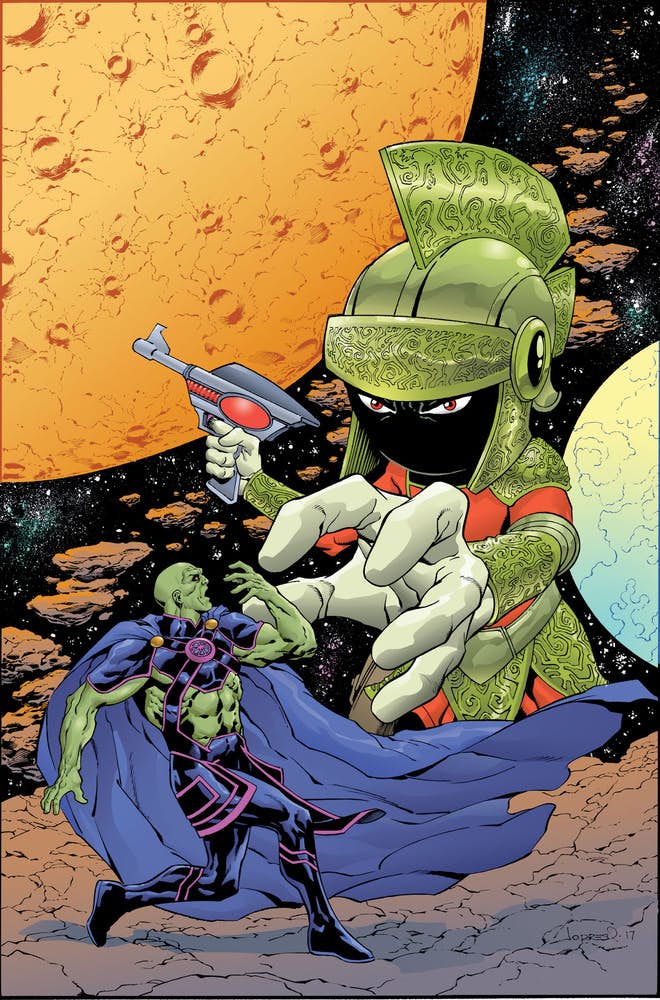 DC seems to promise a more emotionally driven comic with this special, and it could be a brilliant decision. Yes, J’onn wants to save Earth, but he’s battling a fellow Martian who has spent his life trying to destroy it. Who is right? Who is more Martian? I think Marvin loses the battle — he doesn’t have a good track record of blowing up earth — but I think his presence will cause the Manhunter to look within and question some of his convictions and loyalties. There is something about disagreeing with someone with whom you share culture that causes you to question your authenticity. It would be nice to see that inner turmoil alongside a ridiculously named weapon aimed at our planet.

Normally, you give the fight to Diana because Taz is small and goofy, but this looks like a battle for the ages. The Tazmanian Devil has been upgraded for the fight, he’s much larger and more menacing. The cover appears to be ripped straight out of ancient myth: Wonder Woman and a beastly Taz fighting in the middle of a Tornado. My guess is that the Devil gives our hero a run for her money until they have to team up and fight an even bigger threat.

READ: Can’t get enough DC Comics? Check out our preview of AQUAMAN #18!

We’ll have to wait until summer to see how this crossover plays out. For now, all we can do is imagine excitedly, like we did as children, and the opportunity to do that is both rare and welcomed.